Cast your mind back to 3.12pm last Sunday in Tartu. Kalle Rovanperä was just about to reach the end of SS24, the final stage of Rally Estonia, and claim the headlines by becoming the youngest ever winner of a World Rally Championship round.

Further back down the running order, Alexey Lukyanuk was one test from sealing an emphatic win not just in the WRC3 class, but among a 24-strong entry of Rally2 cars.

Then, over a crest after a fast left-right in the opening quarter of the stage, he rolled. Twice.

“I think every driver can tell you the ruts are… I don’t have words, but it caught me out behind a crest,” says Lukyanuk. “It was a blind spot and there was a big, big hole on the outside and I was not expecting that, so I had no chance to avoid it and we touched it and we flipped the car.” 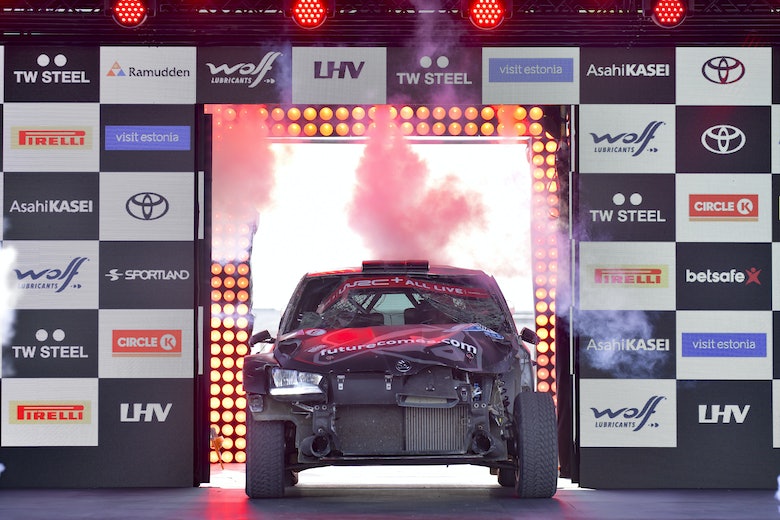 After landing upright, there was an eight-second pause while Lukyanuk tried to restart his battered Škoda Fabia evo. Then it fired.

“I saw the video from the outside and it looks [like] I was quite optimistic in this specific place,” he says, assessing the incident. “Over the jump I did not take into account the ruts that could be there and it caught me bad, we rolled two times.

“Big luck we landed on the wheels and I could restart the car and finish the stage. Actually, it was a sandbox inside our car with a lot of gravel. I was digging for the start button in the stones and loose stuff, and I was digging for it thinking where is the button. It was a strange thing, but the greatest thing is we finished and finished first.”

It threatened to be a rally-ender, but Lukyanuk was able to drag his car through the remainder of the stage and over the line in a superb eighth place. That’s just as well as, though Lukyanuk admitted driver error on his part, retirement would have been a cruel finish to what was otherwise a faultless weekend.

Lukyanuk won every Friday stage in WRC3. On five of those eight, he was the fastest of the Rally2 contingent, which put him almost 20 seconds up on the next-best runner.

That meant Saturday became an exercise in controlled pace – though there was still a clean sweep in WRC3 and three fastest Rally2 times, including a sixth overall on the Tartu superspecial.

His eventual winning margin in WRC3 was more than three minutes, and the 13.8s over the next Rally2 entry of Andreas Mikkelsen masked the real dominance of Lukyanuk’s performance, given he was 52.4s ahead before his final-stage dramatics. 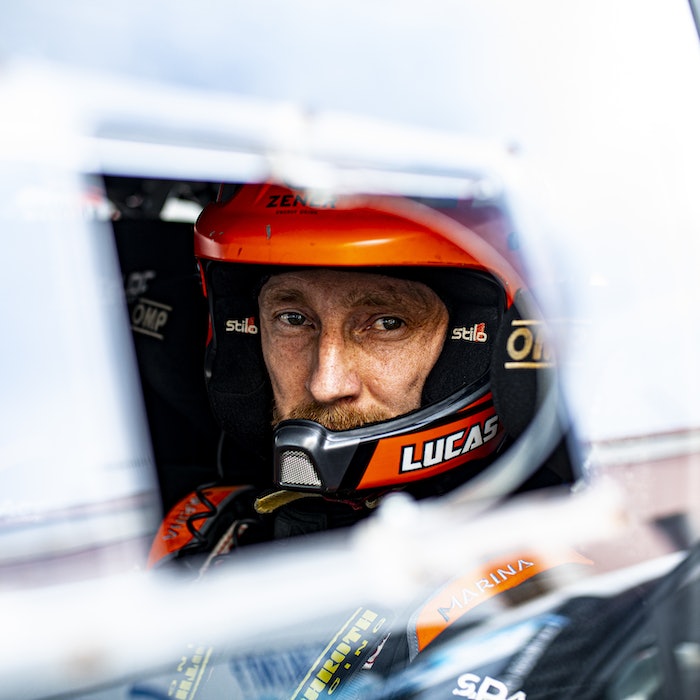 Actually it’s so easy to roll the car in such nasty ruts. It looks like I was the only one who took this chance but, OK, we won it and I don’t care about the rest Alexey Lukyanuk after late Estonia drama

“We managed [the pace] since day two, as we saw from Andreas, I always tried to respond to his pace,” he says. “Andreas raised the pace fighting with [Mads] Østberg and I think, ‘Ah, he’s pushing, let’s push’. So we changed our plans all the time.

“It was interesting and in the end I was completely consistent, I would say in general despite this last occasion [the roll].

“Actually it’s so easy to roll the car in such nasty ruts. It looks like I was the only one who took this chance but, OK, we won it and I don’t care about the rest.”

The result was made all the more impressive by the fact it was his first start in the WRC since 2017, and only his fourth in total, but that’s not to undersell the 40-year-old. A one-off at world level this might have been, but Lukyanuk – a two-time European Rally Champion, and the defending one at that – is no slouch.

The 2014 Estonian Rally Champion, he certainly had a good feel for what was to come – telling DirtFish that “the soul of these roads are the same” even if stages were new to him or modified from what he had previously sampled. But even with that experience to fall back on, the end result far exceeded what was anticipated.

“You never can expect to be so fast and so consistent because when you know the start list you expect an enormous fight and fierce battles at every level,” he says. “We were hoping to get to the podium in our category but of course it’s a bit on top of our expectations.”

Victory by such a margin naturally raised questions about whether Lukyanuk might be seen more often in the support class. But for now he’s content to keep plying his trade in the ERC, a series in which he regularly competes with, and wins against, the likes of Mikkelsen, Craig Breen, and Nikolay Gryazin, and where he says “the number of fast drivers is also growing”.

“It’s hard to make plans because it all depends on the support that we have,” says Lukyanuk, who is competing this weekend on the ERC’s Rally di Roma Capitale round. “I want to be one step higher than ERC but still, of course, ERC is the most enjoyable championship because the atmosphere is fantastic and the European events are just great.

“For me, at the moment I am happy that I have only one rally and I’m not bothered with points and tactics and so on.”

That final sentiment was in keeping with Lukyanuk’s approach to the weekend, which was rewarded with a crushing win and reviews that put him in the same bracket as rally winner Rovanperä.

He was entirely deserving of those, just as he would be of another outing on the world stage – even if that’s not at the top of his agenda right now.