The decision to take Rally Finland back to Laajavuori and one of the most famous hotels in rallying – the one formerly known as the Rantasipi – got us thinking here at DirtFish. Down the years we’ve stayed in so many hotels on so many rounds of the World Rally Championship.

And so many of them have so many stories. But which are the best of the best?

Here’s our guide to our top 10 fever hotels in world rallying. And they’re in no particular order.

The place that kick-started this feature. So many 1000 Lakes wins were celebrated long and hard into the night in the bars and, er, bedrooms of this place. Far from the most aesthetically pleasing architecture, it looks a bit Cold War angular, but once you’re inside it’s just pre-millennial Finnish fever with all the right faces on the wall.

Predictably, Finnish hotels with stories to tell are plentiful, which is why we couldn’t let this one pass without mentioning the Jämsä Hotel. Just off the E63, this was a regular recce overnighter for the crews. While recce cars were fixed over the road at the garage, the crews relaxed and rejoiced in the days before onboards and non-stop note revisions.

Should Finland get three entries? Why not? It’s impossible to ignore a hotel slap, bang in the middle of the service park. A few years ago a room in the Sokos was just about doable on a sensible budget.

Now? Forget it. It’s the reserve of the P1 crews and the FIA. You can, however, still chip in and get some breakfast alongside titans of the sport (providing you’re up early enough).

Whatever you do, don’t ask Luis Moya about an incident involving a toaster and a few fire engines in 2015.

A hotel on the top of the Col de Turini is always going to be an absolute favourite with rally fans. A room with a view’s a bit pricey on the final day of the Monte, and the decor might be a bit tired, but the chance to wake up and look out over one of the most famous roads in the French Alps is irresistible.

And it certainly was to Colin Clark – read his thoughts from this place in January. 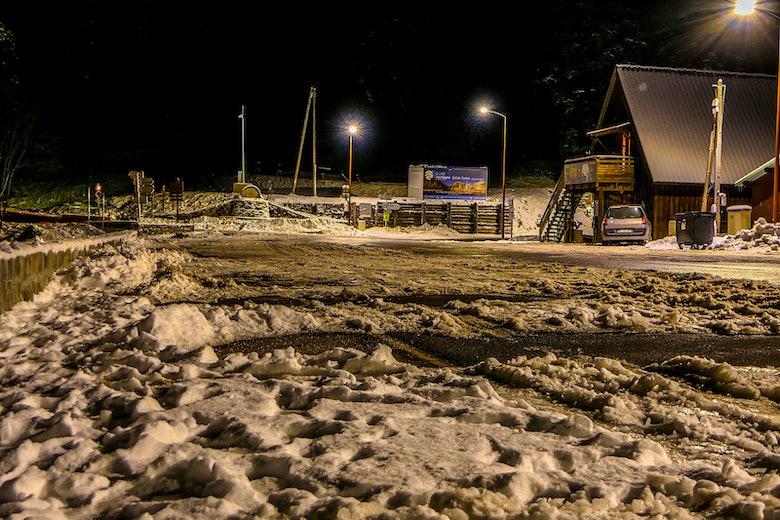 If you want pure atmosphere, memories and beer in Karlstad, head to the Scandic Winn – that was the place to celebrate and commiserate on a Sunday night. Back in the days when it still snowed, many a snowball fight played out in the road outside.

But sometimes, it’s not all about rallying (I know, imagine that…). Sometimes there’s just something a bit quirky, like the Clarion Hotel on the roundabout just down from the station in Karlstad.

This is a converted prison and, yes, you do sleep in the cells. It’s very cool, but slightly alarming for one Brit co-driver (sadly one no longer with us) who was not terribly impressed to have been booked in (without any irony) to said hotel, having just served time at Her Majesty’s pleasure back home.

“I’m only just out and they’re putting me back in,” he told the receptionist, grim-faced.

A few years ago Villa Carlos Paz’s range of hotels was, how should we put this? Limited. There was no end of joints with sticky carpets and orange walls, but not a Holiday Inn to be seen.

That’s all changing now, but before the improvements came, the Portal del Lago was the only place to be seen. Sitting right on the edge of the lakeside service park, it still doubles as rally HQ – the media centre’s in one of the conference rooms – it’s kind of old-school South American cool.

There’s plenty of character in the wood-clad walls, but the rooms on the lower floor have a certain dungeon-like character to them. But, out of convenience, most folk still stay there and enjoy an omelette and industrial-strength black coffee for breakfast. It’s the perfect place to catch up with the crews before – or after – a day on the stages.

This place, and the Fenians pub opposite, were the only places to be seen on a Rally Australia Sunday night. Once Colin McRae had finished baiting Richard Burns on the stages, it usually continued here well into Monday morning.

Situated close to the airport (which doubled as a service park) and well outside the horrendously crowded streets of Ajaccio, the Campo Dell’Oro was the hotel everybody stayed in.

With plenty of rooms, the teams were swallowed whole and accommodated in fading French seaside glamour of the Eighties.

This was the last place Henri Toivonen woke up. Hours after breakfast here, he perished in a crash which changed the face of our sport. Steeped in rallying history, this place.

This one’s quite apt given the Safari Rally’s return this season, but you remember all of those much-talked about post-event swimming pool parties? They all happened here, in the pool of the Serena (now the Intercontinental, I think) hotel in Nairobi. A Tusker or two was the perfect way to wash down a week in the African bush.

You could be forgiven for thinking the most prestigious and upmarket hotel of the season would come in Monte Carlo. Wrong. Sort of. Of course, the Monte’s got gaffs like the Hermitage, favoured by the FIA, or Hôtel de Paris and they’re all very swish.

But actually, the Royal Hotel in Sanremo was proper Italian chic. Waiters wouldn’t consider leaving home without their white gloves and a glass of Tuscan red always tasted sweeter watching the sunset from the patio.

The only downside, this was a place where Colin McRae refused an interview unless you came armed with a tray of Peronis. Fortunately, that could always be arranged.