Sébastien Ogier recorded an eighth stage victory to increase his lead of the World Rally Championship’s first-ever Rally Croatia, but the top three drivers are only covered by 10.4 seconds heading into the final day.

The seven-time champion edged his Toyota team-mate Elfyn Evans by 0.4s on the final 5.45-mile Vinski Vrh – Duga Resa test of the second day on the new asphalt event.

It pushes Ogier’s leading advantage over Evans to 6.9s and with Ogier besting Thierry Neuville by a second, the Hyundai driver now sits 10.4s off Ogier.

Ogier took the rally lead on Saturday’s opening stage after Hyundai opted for the wrong tire strategy and Neuville fell almost 20 seconds back during a difficult morning loop.

Neuville was able to recover half of the time loss, partly due to Ogier picking up a puncture towards the end of SS13.

“It’s been a good day for sure,” Ogier reflected. “The only issue was the puncture otherwise we can be happy, the rhythm is good.”

Evans stayed within the top-three stage times on seven of the eight stages, but has only set the fastest time on one occasion.

Hyundai’s Ott Tänak struggled to replicate the pace that took him to a dominant victory on Arctic Rally Finland. He has settled into fourth place overall, 27.4s off his team-mate Neuville.

Top-flight WRC debutant Adrien Fourmaux set top-five stage times on five of Saturday’s eight tests, and he was only denied his maiden stage victory by 1.1s on Saturday afternoon’s opening stage by Neuville.

Greensmith struggled for pace in the morning but then earned a season-best fourth on the first stage following service. He credited conversations in the break for his pace turnaround that has led to him finishing the day in sixth place.

“It was with a few people,” Greensmith said when asked who he spoke during the service break.

“They told me to shut up, stop complaining and do a bit of driving. It was a better afternoon, smoother and a bit more chilled.”

Takamoto Katsuta increased his WRC stage win tally from one to three on Croatia’s Saturday stages.

He made the most of his first on the road position to win both passes through the 12.9-mile Stojdraga – Gornja Vas stage. The Japanese driver is in seventh place overall, one minute clear of Craig Breen.

Breen’s Saturday started with disaster as he picked up a puncture on a roundabout at the beginning of the opening stage of the day. He said he was unable to practice the roundabout on his recce because a truck blocked his path to it.

“I don’t know what to tell you, I think it’s quite clear that I’m far away from where I should be,” Breen said after the final stage of the day.

2C Competition Hyundai’s Pierre-Louis Loubet lost control of his i20 Coupe WRC through a high-speed left-hander on Saturday afternoon’s second stage and ended up in the bushes. His team are assessing if he will be able to return for Sunday’s stages.

Mads Østberg has a comfortable lead of over a minute in the WRC2 class on the first rally of his championship defense.

He was engaged in a close battle with Nikolay Gryazin through the morning loop but powersteering issues aboard Gryazin’s Volkswagen Polo GTI R5 cost the Russian a minute and a half on the afternoon’s opening test.

Gryazin turned his attention to closing down the second place occupied by Teemu Suninen, who has stepped down to the second-tier this weekend for the first time since the 2018 Monte Carlo Rally. Gryazin is 14.9s adrift of Suninen after day two.

Andreas Mikkelsen, who crashed his Škoda Fabia Rally2 evo on the second stage on Friday, is awaiting Sunday’s powerstage and the five bonus points it awards to the winner of it. He’s over 40 minutes adrift of Østberg and in sixth place in class.

Esports ace Jon Armstrong leads the Junior WRC class after another dramatic day. Martin Koči was leading until a puncture on Saturday afternoon’s second stage dropped him down to fourth place.

Lauri Joona, winner of the Flying Finn Future Star scheme last year, is Armstrong’s closest challenger. Joona has a deficit of 22.5s to Armstrong, with the 2020 series runner-up Mārtiņš Sesks in third place.

Koči is fourth, almost two minutes adrift of the final place on the podium. 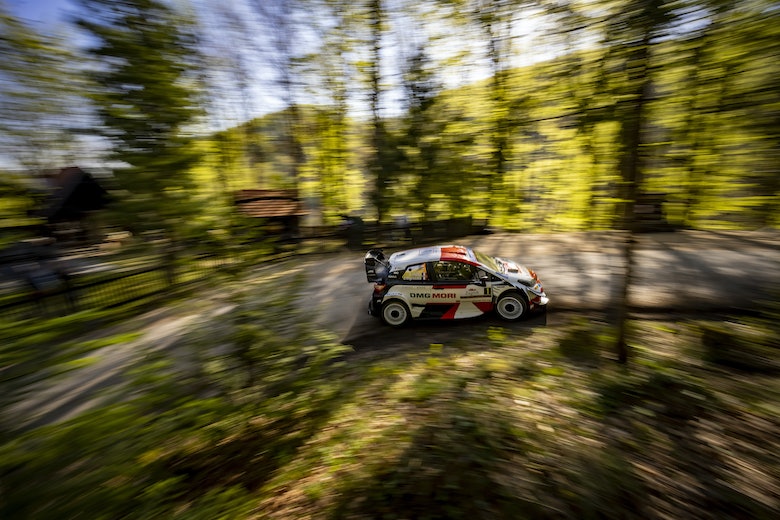 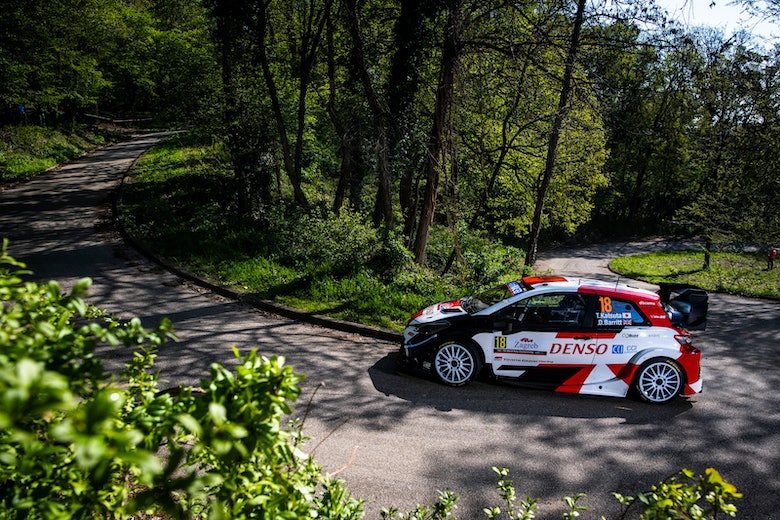 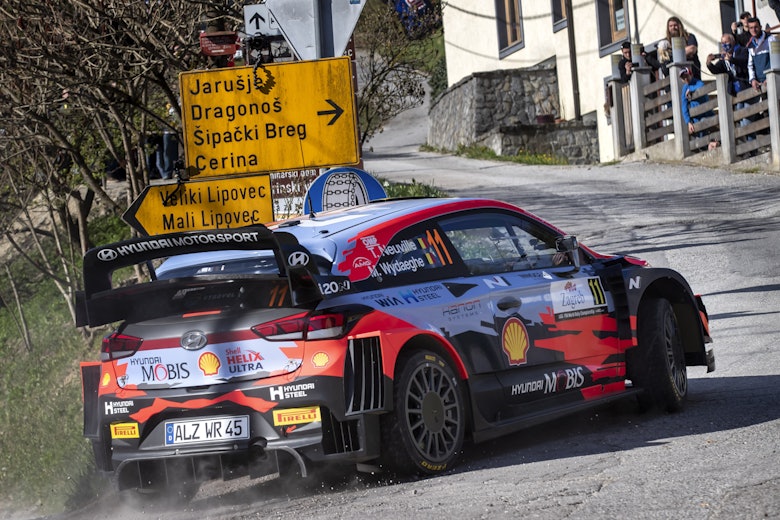