Put yourself in Vincent Landais’ shoes. Sébastien Ogier has just lit up the cellphone.

“Vincent, I’m looking at making a change. Are you free to come and test with me in Spain?”

(For the avoidance of doubt I’ve reconstructed this conversation for the purposes of this article. I wasn’t actually privy to any discussions – as much as I’d have loved to have been!)

He’s competing with a different driver in a completely different team on the rally itself, but these aren’t minor details that can’t be sorted.

The test goes well, and so Landais receives another call.

“How would you like to come and do Rally Japan with me?”

The press release confirming Benjamin Veillas’ departure from the right-hand seat in the #1 Toyota GR Yaris Rally1 and Landais’ presence instead means I don’t need to reconstruct that particular snippet of dialogue for you.

Landais was in for the ride (and opportunity) of his life. And there were no complications with Pierre-Louis Loubet’s season with M-Sport ending in Spain. Leading after the first stage of Japan, do you think Landais was second-guessing his decision to join Ogier?

Nope, I don’t either.

Today, over a week since Landais was officially confirmed as Ogier’s co-driver for the 2023 World Rally Championship season, do you think Landais has, at any point, second guessed his decision to join Ogier?

Nope, I don’t either.

But that doesn’t mean it won’t have been a very considered choice beforehand. If it wasn’t, Landais won’t have done his due diligence – and that would be very out of character for a professional co-driver.

The chance to ride shotgun and guide an eight-time World Rally champion is the chance any co-driver would be pretty daft to pass up on – particularly if you’re French. Heck, if Séb asked me I’d say yes (and I’ve only ever co-driven one rally at Oulton Park so I’m not sure it would be the best career move I’ve ever made).

The things Landais can learn, the rallies he can win, the experiences he will have… you don’t need me to list all of the perks a life as Sébastien Ogier’s co-driver gives you.

Had he earned this chance five years ago, the ‘oui’ that left his mouth would have been as instant as it was to sit in on that test.

But it’s not 2017, it’s 2022, and nowadays Ogier isn’t quite the same driver he was then. Not in terms of talent – he proved that beyond doubt by being the fastest driver on both of the final two rounds of the season – but in terms of his commitment.

Ogier is often made to regret the words “never say never” that he’s used in the past when asked if he’ll ever become a full-time WRC driver again. 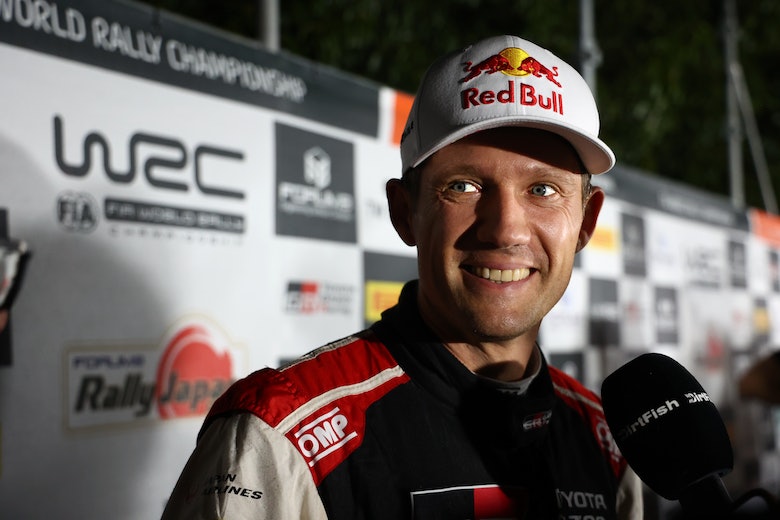 WHY OGIER ON A FULL SEASON WOULDN’T ACTUALLY SUIT TOYOTA

“That’s maybe one of the mistakes I tried to say that and then some rumors started to happen that I would consider to come back full-time,” he said recently. “But the truth is there is no such plan existing.”

Sitting alongside Ogier, the best Landais is going to get – at least in the short-term – is half a WRC season. There’s simply no interest from Ogier’s side to do more than that at this stage of his career and this phase of his son’s upbringing.

And that becomes rather pertinent when you consider what Landais is giving up to link up with Ogier.

He had a great thing bubbling up with Loubet this season. In fact, despite that brief period where they went their separate ways in 2021, he has done since the back end of 2015. Loubet and Landais grew up in the WRC together, rising through the ranks, winning the WRC2 title in 2019 and making the big stage a year later.

Loubet’s 2023 program is yet to be formally announced, but it’s understood that it’ll be close to, if not a full, season with M-Sport. Which is absolutely deserved after his stellar 2022.

Adrien Fourmaux perhaps acts as a clear example that a season that puts you on the map won’t immediately spring into more success the following year. But Loubet isn’t a breakthrough talent that’s as green to rallying as Fourmaux. There’s little to no evidence to suggest he’ll go backwards in ’23.

Landais has forfeited the chance to be part of that story. Sticking with Loubet would almost certainly have given him more rallies, potentially more stability and a clearer future target given they could have aimed to become the next French crew to win the world championship. 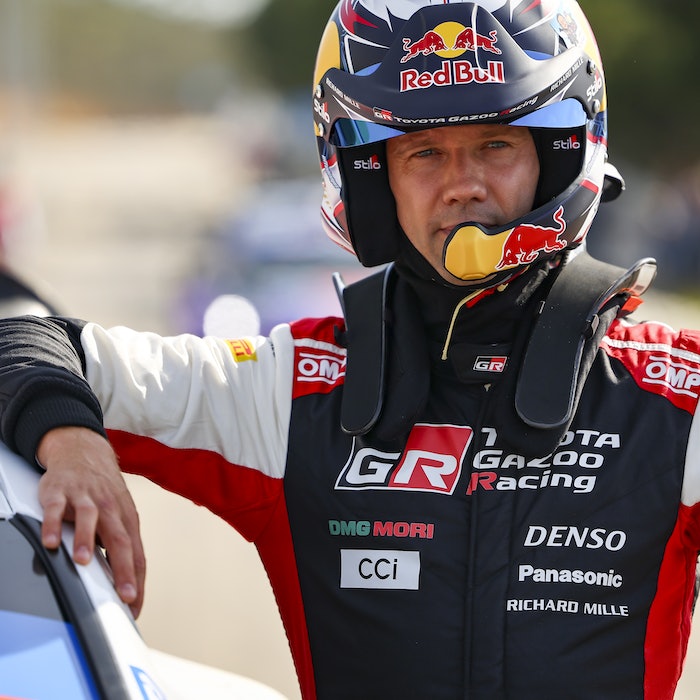 He really enjoyed the week together in Japan and decided to go forward together, so I’m happy with that Sébastien Ogier

With Ogier, as crazy as it might sound to say, Landais has basically no chance to become world champion.

For Ogier’s part, he admitted the decision to recruit Landais was “simple” after Rally Japan where Landais proved “he fits all the requests you can have as a driver”.

“I offered him the chance to do that with me next year. Obviously he was doing some rallies before with Pierre-Louis, and that’s why I didn’t want to – I mean I was never in a position where I want to force anybody to join me in the car,” Ogier said.

“So of course I let him have the chance to decide what he wants to do for next year, and it looks like he really enjoyed the week together in Japan and decided to go forward together, so I’m happy with that.”

I’m not here to suggest that backing the horse that’s won 55 rallies over the one that’s only led a rally for two stages was the wrong call, but boil it all down and actually this can’t have been the clear-cut decision for Landais that it maybe, at first, appears.

Landais should achieve more next season alongside Ogier than he would have done had he stuck by Loubet. But the ceiling is smaller. There’s no guarantee Loubet will become a World Rally champion – he has plenty to learn and improve on until he can reach that level – but there is some potential there that doesn’t make it a ludicrous goal or dream.

Landais looks set for a big future either way, although at 31 he could have afforded to play the long game. But when Sébastien Ogier comes calling, you just don’t say no do you.

What Toyota’s doing to help Evans