Esapekka Lappi was 1.9 seconds off the lead of Rally Sweden after the first stage of his return as a factory Toyota driver, but he was down in fifth place. And not entirely happy.

He was only 0.161 seconds per mile slower than his title-fighting team-mate Kalle Rovanperä, and next up was the longest stage of the rally: the 17.28 miles of Kamsjön.

Lappi went 2.5s faster than anyone, 0.145s per mile faster than the rally’s benchmark driver Rovanperä, and was the top Toyota driver on the repeat pass too as he bettered Elfyn Evans by 2.3s. But on the final stage he dropped nine seconds and went from being right in the lead battle to a victory outsider overnight.

“Lets say I fight a bit with the car but still the speed is OK but the tire wear is bad, thats the thing now,” he told DirtFish after ending the day on a low.

“I think on the first two I struggled but probably the last forest, the long stage, I maybe found something. But we need to confirm it tomorrow because my tires were gone already, I’m not sure how it will handle with four new or fresh tires but I hope we’ve found something for that.”

Lappi didn’t need to rely on hope, given he had three fast team-mates to source feedback from, and started Saturday by clawing time back on the rally lead where Toyota started to really assert itself as the team to beat on this rally. But the feedback from the Finn throughout was tinged with a blatant lack of comfort with his car.

When he could get it into a zone where he was contending for stage wins it was almost too much for his current level of understanding with the car, but then when he slipped into a more comfortable place then he was dropping time to his rivals. But then again, they had a head start on driving Rally1 cars and many of them for also being full-time in the WRC.

Lappi only contested one rally in a top-class car last year, and Toyota was not expecting him to win Rally Sweden. But in the first rally of the post-Sébastien era it seemed likely anyone could, and should, have been considered a victory contender.

Lappi rose from fourth to third in a Toyota 1-2-3 across Saturday morning, but was 12s off and “disappointed for our pace” even without mistakes and not knowing in those circumstances where he was losing the time. It was quite probably a lack of mileage, but Lappi seemed to be thinking, quite rightly, as if he was a full-time WRC driver having an underwhelming weekend as he said “I don’t need to prove, I just need to perform”. 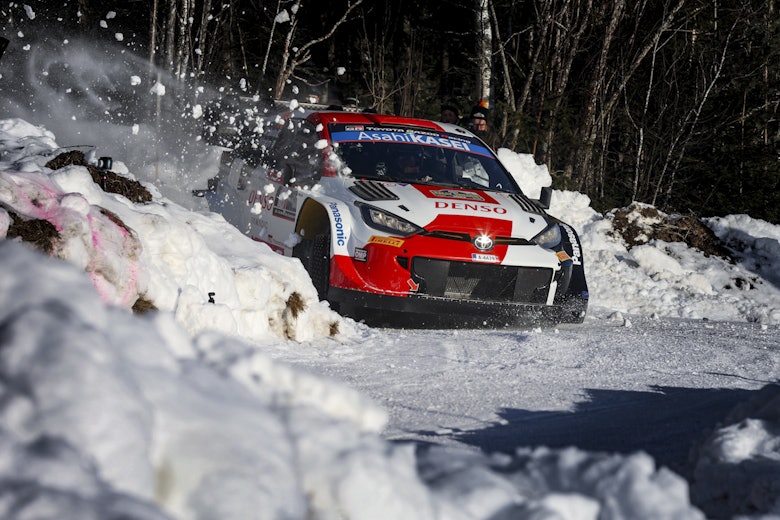 The overlooked drive of Rally Sweden

He added: “Today I’m feeling better with the car to be honest. First time this weekend it feels that I’m the boss inside the car. But I cannot put it on the stage times, it seems.”

Of course being only 12s back entering the rally’s second half is still a position to win from, and Lappi said it was “exactly where I wanted to be” in battle with his team-mates. But that margin doubled by the evening as he dropped back into fourth place.

“A bit missing the tools at the moment, what to do and how to improve because we are not talking about big things but the small things are harder to find,” he explained.

DirtFish put it to Lappi that his gap in knowledge may quite simply be from his lack of mileage, to which he intriguingly replied: “You know what I’m thinking that yesterday I was more ready than the others. Then the others have improved yesterday afternoon and today and I can’t do it, so maybe it’s lack of routine like you said because the guys are just going faster and I cannot answer.”

Lappi pointed out he was chasing Hyundai’s Thierry Neuville for third place, the same driver he had often been fighting for position on this rally back when he was a full-time driver, and had bettered him on the previous two editions.

And so Lappi could put some focus on that fight going into Sunday, and the very prospect of being in battle after so long out certainly was something throughout the weekend that was giving him encouragement. He didn’t end up making it 3-0 against Neuvillle on Sunday; despite moving back into a podium position once team-mate Evans retired and only dropped 4.7s to leader Rovanperä over the day he finished behind Neuville.

He was pleased, but also disappointed.

“Yeah I am very satisfied and very happy [with the result],” he told DirtFish. “It was a big relief to come over the finish-line but we had big stakes today as well, we were fighting for the second place suddenly but yeah I just couldn’t do it.

“I tried the first three stages, I tried to be on a really good rhythm to push a bit but not take too much risk, but this was not enough. So then the smartest choice was just to back off on the last one just to secure the points for the team. But yeah, really good weekend.

“Like you said I was never really entirely happy and you’re right I fight with the car a bit all weekend but this is a good point, it seems I have learned something on my holidays that even with the not perfect car I can do quite good, so this is something new.

“When you feel that you are not controlling fully the car and the car doesn’t behave how you want to, then you know that there is space to improve and we tried many things but we just couldn’t find the correct one.

“I’m sure we will do it later on but that’s why I was maybe a bit frustrated when you know you can be a bit better but you can’t prove it here.”

Croatia will “definitely” be a challenge given Lappi’s last rally on Tarmac was in 2020, but given it only took two attempts to take a stage win in a “noticeably” different Rally1 car this year, Lappi now has a second career WRC event win on his agenda even though his 2022 schedule is still yet to be finalized.

He probably won’t be fully happy until he’s got that target ticked off.

Ukranian co-driver opens up on life in Kyiv