Friday September 4 was a momentous day in the world of rallying. For the first time in five months and 21 days – or 174 in total for you math experts – a World Rally Championship round was held.

Rally Estonia had the honor of kicking off the WRC’s COVID-19 restart era and, perhaps predictably, it was Estonian World Rally Champion Ott Tänak who took the spoils.

But there were plenty of other storylines to emerge from the WRC’s return. We pick out the key things to take away from the inaugural world championship round in Estonia.

Estonia would be a worthy permanent addition

Before we go any further, we have to give the Rally Estonia organizing team huge kudos for what it managed to pull off. Eight weeks ago this event wasn’t even going to be happening in any guise, and in a little under two months they managed to turn around their first ever WRC event complete with brand new protocols that were new to everybody. Bravo.

As for the rally itself, it looks like it has the potential to be a classic – if it ever returns to the calendar.

There were shades of Rally Finland and Rally Poland to the place such was the high-speed nature of the roads. The rally even looked like the jungle tracks of Rally Australia at points in the tree-covered sections of Estonian countryside.

But these similarities are perhaps Rally Estonia’s downfall. Another European – and if we’re honest, another gravel – rally is the last thing the WRC needs and it’s easy to argue that with a potentially reduced calendar again in 2021, there’s no room for both Estonia and Finland.

Estonia replacing Finland would be bold to say the least, but don’t underestimate the galvanizing power our Estonian World Rally Champion can have. Speaking of which…

Tänak is a master car developer 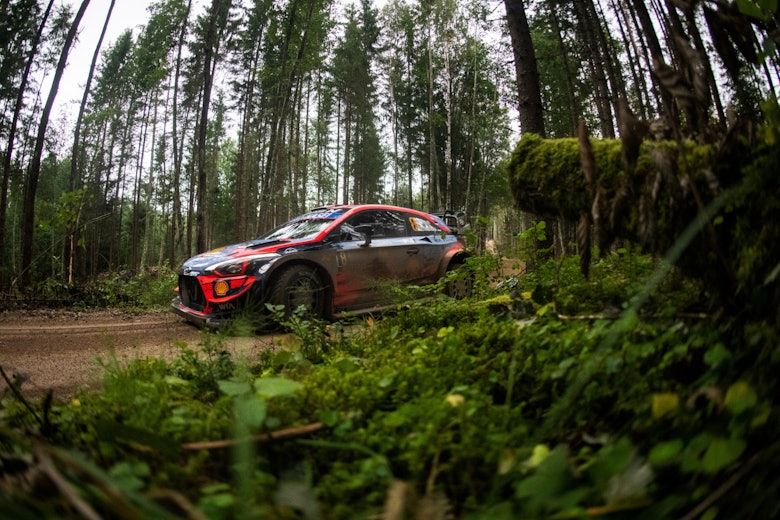 Speak to anyone at M-Sport and they’ll tell you just how good Ott Tänak is at developing World Rally Cars. Remember the Ford Fiesta WRC in 2017? It won all there was to win.

During his time at Toyota, Tänak was the one – not Jari-Matti Latvala who’d been there an extra year – that took the Yaris WRC and made it his own to the point where he looked untouchable.

And now it seems he’s doing the same at Hyundai. Tänak was modest when he was asked how much of a say he’d had in the i20 Coupe WRC’s positive development on roads that were tipped to be Toyota territory, pointing to the work done by the engineers.

But the engineers need direction, and Tänak has given them that direction. Team-mate Thierry Neuville has been a Hyundai driver all the way through this generation of WRC car and Hyundai has never looked a challenger on outright pace on events like Estonia before.

And we’ve heard claims by former drivers like Andreas Mikkelsen that previous iterations of the i20 have been made for Neuville. This iteration? Craig Breen’s result and joy while achieving it speaks for itself.

Thierry Neuville showing early championship promise and then crumbling mid-season is becoming an all-too familiar story. But it’s impossible to pin this one on Neuville. He was simply unlucky in Estonia.

He was right where he wanted to be at Saturday lunchtime – ahead of Sébastien Ogier and Elfyn Evans – only to find himself exactly where he didn’t want to be two hours later.

Neuville’s i20 had bounced through the ruts that had formed after one pass of the stages, been kicked wide and during a resultant slide collected something solid, destroying the right-rear suspension. Game over.

He then drove slower than several Rally2 runners on Sunday to save his tires for the powerstage, only for his Hyundai to develop an electrical issue before the start and deny him the chance of claiming bonus points.

Neuville himself is quite relaxed about the situation, but he’s staring down the barrel of a gun. With only three rallies left and therefore 90 points left on the table, he’s 37 adrift of leader Ogier and realistically needs his rivals to slip up to stand a chance.

The season finale in Ypres is Neuville territory, but he could already be out of the picture by then. In reality, this one has the hallmarks of an Ogier and Tänak battle to the end.

Yes, Evans is still very much there as is Kalle Rovanperä, but Rovanperä’s position as the third of three Toyota’s could hamper him and Evans needs to beat Ogier like he did in Sweden to stand a chance. He was close in Estonia, but close doesn’t win titles. Just ask Neuville. 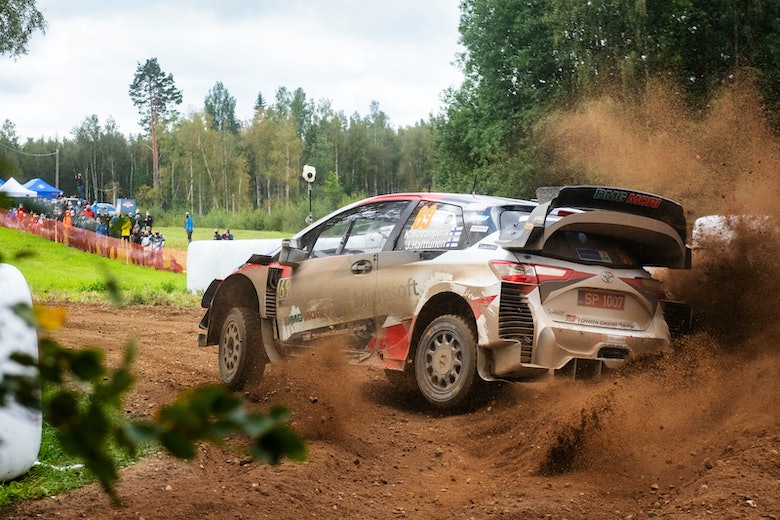 Would Rovanperä have won Rally Estonia had his tire not delaminated and had he not incurred a one-minute penalty? Ifs and buts are a dangerous game, but it’s clear this is one that might have got away.

Tänak took 28.9 seconds from Rovanperä on the stage his tire went. Add that to Rovanperä’s minute penalty and you’re looking at 1m28.9s. Rovanperä’s deficit to the rally winner after the powerstage was 1m18.7s.

Of course, Tänak had some pace in reserve that he’d have been forced to use had Rovanperä been a feature in the lead battle, and there’s no guarantee that Rovanperä would have set the same times in a different situation.

But what’s most telling is the lack of surprise at this kind of speed from Rovanperä. In Sweden when he beat Ogier in a straight fight to claim a maiden podium, there was universal shock. In Estonia, it was almost expected.

Rovanperä is of course a driver for the future, a likely World Rally Champion in waiting. But he’s more than that. Rovanperä is a driver of today who, in another world, could already be a world rally winner.

Breen looks impossible to ignore for 2021 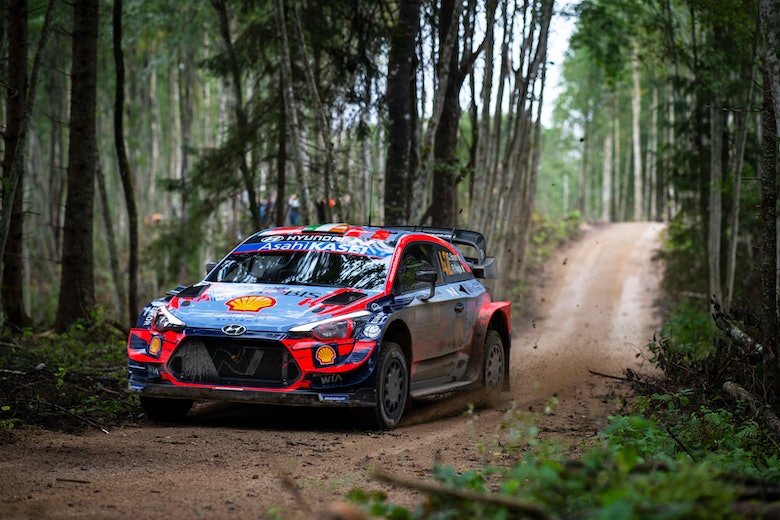 When Craig Breen is at his best, he’s a joy to watch and very hard to beat. In Estonia, Breen was at his best and then some. He had one of those rallies where everything just clicked, and his timing couldn’t have been better.

Of course there’s no denying Breen’s recent seat time in the ERC and prior experience of Rally Estonia was a benefit, but it could be argued that this merely brought him onto a level playing field with the others who usually have bags more recent seat time than him given his current part-time role in the WRC.

There’s already speculation that Breen should take Loeb’s place for Turkey – ironic given Loeb displaced Breen at various points during 2018 at Citroën – and based purely on form, you’d have to say he should. Contractually however it’s complicated, so it’s unlikely.

But 2021? Loeb continuing beyond this year looks doubtful, and Dani Sordo is enjoying life as a bench player in the WRC. Breen would be more than deserving of a third, full-time drive.

A Tänak-Neuville-Breen line-up for 2021 with intermittent appearances from Sordo would be extremely potent. 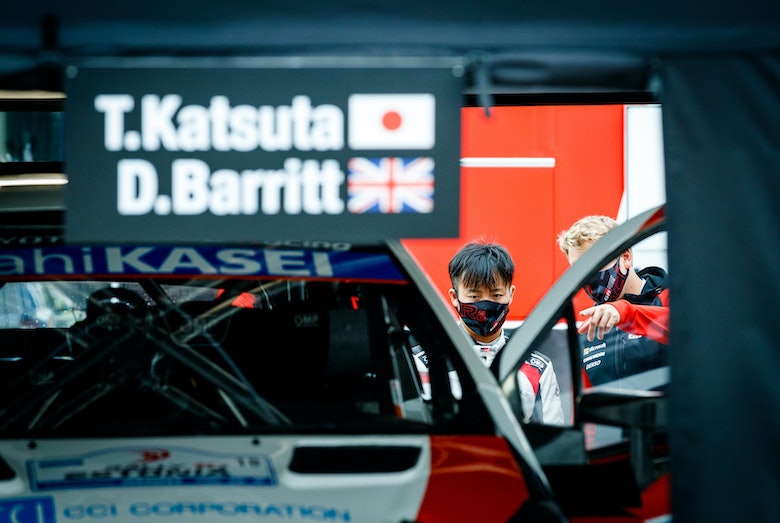 For possibly the first time in his career behind the wheel of a Toyota Yaris WRC, it was impossible to ignore Takamoto Katsuta.

His performance on Saturday was eyebrow-raising as he comfortably outpaced all the M-Sport Ford’s on merit and set times in the same ballpark as his Toyota team-mates.

Starting Sunday an incredible fifth, courtesy of Rovanperä time penalty, Katsuta was set to show just what he is made of with a 33s to gap to Rovanperä to protect over six stages.

Unfortunately it all ended too quickly, as a mistake on recce led to Katsura arriving at a sweeping right-hander way too fast and rolling out of the rally.

Mistakes like that need to be eradicated, but in Estonia Katsuta showed everyone that there’s more to him than just being the PR-boosting protégé Toyota is keen to nurture.

Suninen is more than a match for Lappi 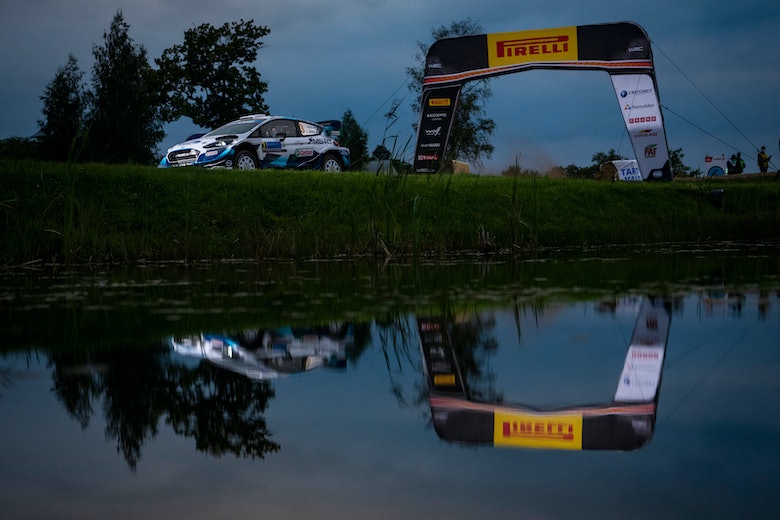 There were long expressions etched on the faces of Esapekka Lappi and Teemu Suninen at M-Sport before the rally. Fighting with Toyota and Hyundai? Forget it. They’d only be fighting each other, they feared.

As it turned out, they were bang on the money. Lappi sharing the lead with Ogier’s Toyota on the superspecial proved to be a false dawn; as soon as the event hit the forests, he was immediately down to seventh.

Suninen had a more anonymous event – a second high-speed spin on shakedown of the season aside – but was always close to Lappi, who overshot a junction on Saturday morning.

Lappi then made an error on Sunday, spinning on the penultimate stage, while Suninen kept his head down and just did the job.

Lappi is probably outwardly fancied as M-Sport’s main man as a rally winner, but it’s Suninen that’s showing better at the moment. Suninen has had his critics, but he’s found a way to drive through problems in a manner that Lappi – inheriting a Jari-Matti Latvala trait of letting his emotions influence his performances – perhaps hasn’t. 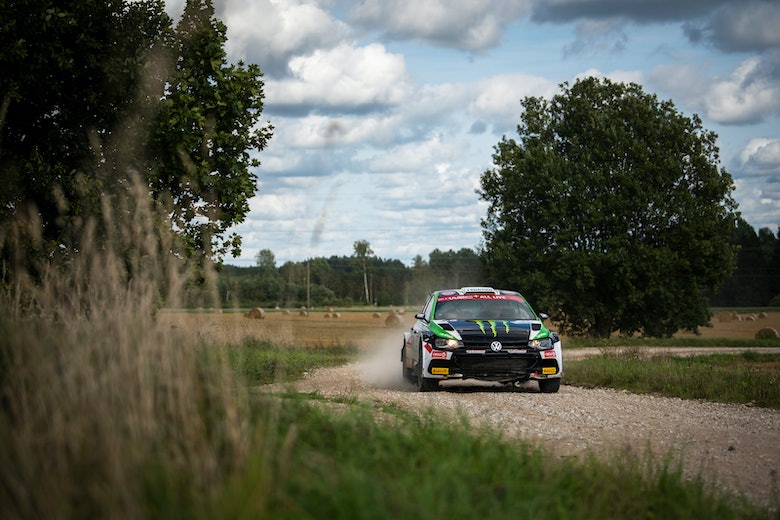 Rally Estonia was yet further evidence of the problem. Oliver Solberg’s ninth place overall – over 30 seconds up the road from Mads Østberg – was the third round from four where the WRC3 victor has beaten the WRC2 winner. For the class that’s implied to be lower, that’s not a good look for the FIA.

Then there’s the fact that no driver in the Rally2 class is overly driven by where they sit within their designated championship apart from judging gaps to title rivals. Think back to Eric Camilli and Østberg’s battle in Monte Carlo; both were desperate to beat each other even though technically, they both won.

Solberg’s post event press release won’t paint him as the WRC3 winner but the fastest of the Rally2 cars; that’s the stat that matters. And although the logic for splitting the cars was to give the privateer cars a fairer crack of the whip, the evidence thus far in 2020 suggests they actually have the beating of the factory cars.

It would be simpler to revert it back to how it was and have one championship that catered for all Rally2 cars. Then we’d really know who’s best. 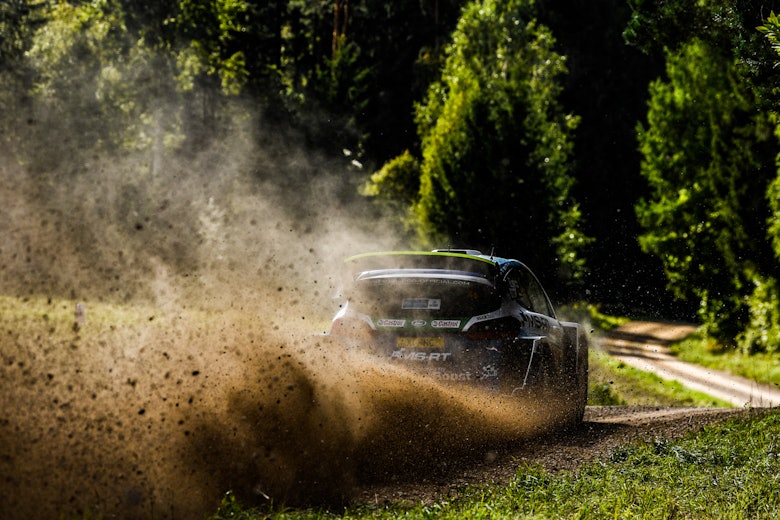 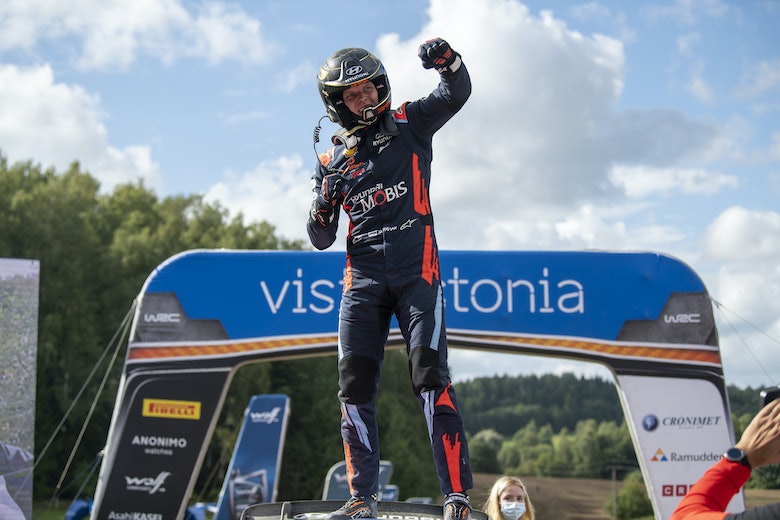 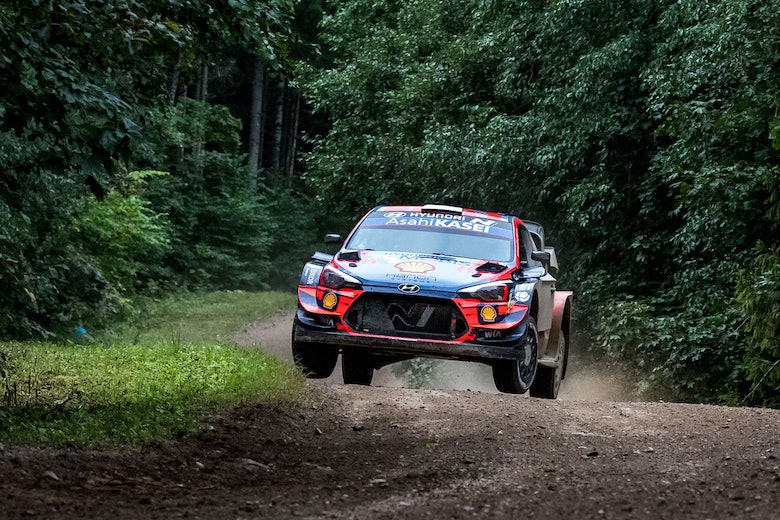