Craig Breen felt “like a boxer” on last week’s Rally Italy in Sardinia, and not because he was embroiled in a dogged fight with any of his World Rally Championship rivals.

Instead, he was referring to the herculean effort his M-Sport team made to keep him and co-driver Paul Nagle physically fit during the rally.

Round five of this year’s WRC was comfortably the hottest event of the season so far, with temperatures nudging 110F.

And although there were solutions in place – including added air vents, heat deflecting colors on the roof and different film on the side windows – to lower the high cockpit temperatures experienced in Portugal two weeks earlier, drivers still had to be massively fit and looked after to make it through the rally. 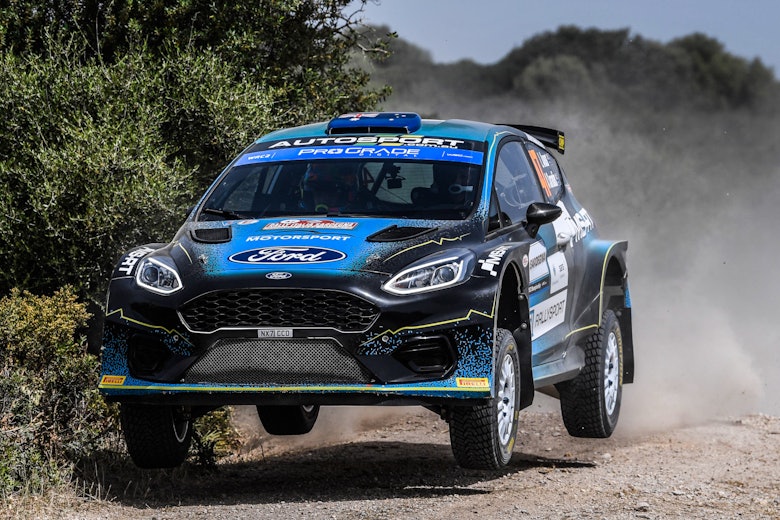 How a Sardinian farmer saved a WRC2 driver's rally

Just ask WRC2 driver Luke Anear, who didn’t have the same kind of support between stages.

Breen reckons that had he been without the aid of M-Sport’s Mich Maunder and John Rowan, a co-driver helping Breen behind the scenes this year, then he may not have been able to finish the rally.

“Without them, we could have collapsed and fallen down at any point,” Breen told DirtFish.

“I have to say, they were out on their own for those last couple of days and just little things [they did helped].

The heat on Sardinia put our crews to the test and a special shoutout to Mick 👊, he kept the drivers and co-drivers fed and hydrated. @Craig_Breen echoed all the team’s thoughts on Sardinia (quote in the comments) pic.twitter.com/fDQIssuMOW

“Like a boxer, knowing you have someone in your corner all the time that’s ready to keep you going, keep you hydrated.

“We were never wanting for anything at any moment. That goes for everyone in the team.

“But I have to say, what they were doing in between the stages, keeping us going in that heat [on Saturday] was top marks.

“The adrenaline kept us going through it,” Breen added. “What the guys are doing kept us cooled down as best as they can and we managed to get through.”

All of the hydration did have a noticeable side effect for co-driver Nagle though.

“He had this thing in his head that he wanted to be so hydrated that he’d literally overhydrated himself,” Breen explained.

“There was one road section that it felt like every 10 kilometers he was having to stop on the side of the road!”

Whoever said the glamour had gone from the WRC?

How Caribbean rallying is changing