He may have won the last time the World Rally Championship was held on asphalt, but that doesn’t mean Ott Tänak is confident of victory on Rally Spain this week.

After two events on gravel, the championship is back on the black stuff, but while Hyundai was competitive in Belgium and Croatia earlier in the season, the different characteristics of Spain’s surface means its drivers, notably Tänak, aren’t as confident ahead of the event.

Tänak’s hesitation is understandable. The asphalt in Spain is very different to what the drivers faced on Ypres, to the point where they will all be heading into the unknown.

Hyundai did complete its pre-event test last week, but because Tänak – or any of his rivals for that fact – have “never been in this car on proper high grip Tarmac”, it’s hard to know what setup will work best with the car.

“It is always difficult to find the correct balance there, so our confidence in the car will need to be high,” Tänak said. 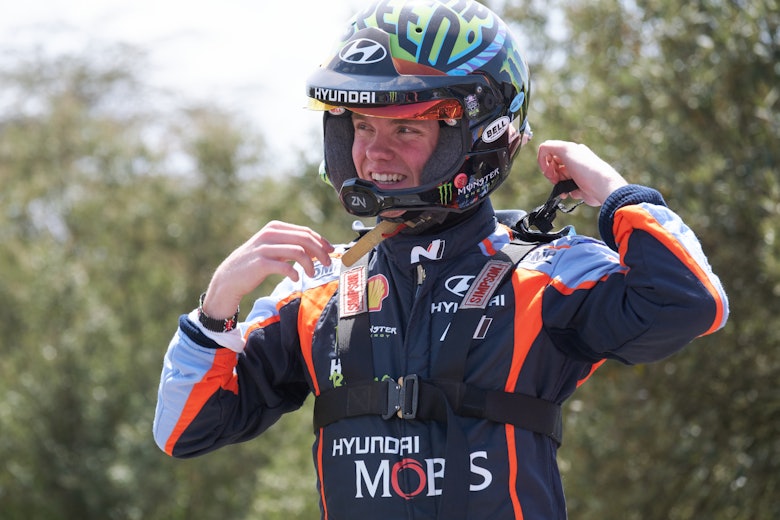 M-Sport in talks with Solberg for 2023

“The stages have lots of long, fast corners that make you fight with understeer, which is something we will have to get right with the setup.

“I’m expecting it to be a fun and enjoyable rally, but it also quite important for us to be competitive and fight for as many points as possible.

“We showed how good our Tarmac package is in Croatia and Belgium, and our aim is to continue that streak in Spain.”

M-Sport in talks with Solberg for 2023