Toyota was spotted testing its GR Yaris earlier this month, despite the team confirming it had canceled development of its intended 2021 World Rally Championship challenger due to delays caused by the COVID-19 pandemic.

But why was it testing a car that’s never going to be used in competition?

Rumors were rife that the team was doing so in readiness for 2022. Those rumors were right. Sort of.

The test had little – if anything – to do with engine, suspension, hybrid or any of the engineering to make the car go faster when the WRC’s next generation arrives. But it had everything to do with seeing into the future.

Toyota’s technical director Tom Fowler spilled the beans on what his team was doing when Sébastien Ogier, Elfyn Evans, and Kalle Rovanperä were driving at Toyota’s permanent test site in central Finland.

“It was about driver ergonomics,” he said. “I told you it wasn’t very exciting…”

“This is the one thing that offers the most carry over from [the canceled] 2021 [car] to 2022. Obviously the cockpit compared to the windscreen and the windows is the same because we plan to use the same GR Yaris outer shape.

“When we first tested the 2021 car we had never put the range of drivers in to check: is the visibility and pedal position OK from, let’s say, the smallest – Takamoto Katsuta – we have to the biggest – Juho Hänninen – we have?

“In 3D we can do quite a lot in terms of driver position by scanning the driver’s physical shape and making them dummies, but you never really get the real answer on whether it’s really comfortable and if they see all they want to see; is the steering wheel in a comfortable position and is the adjustability right.

“It was an ergonomics test. That’s what we were doing.”

While it might not be very interesting to Fowler, what that test did is confirm the GR Yaris will be the base car for Toyota’s 2022 effort.

That pours cold water on speculation that Toyota was considering using the upcoming spaceframe regulations to introduce its C-HR crossover SUV as its Rally1 base car. 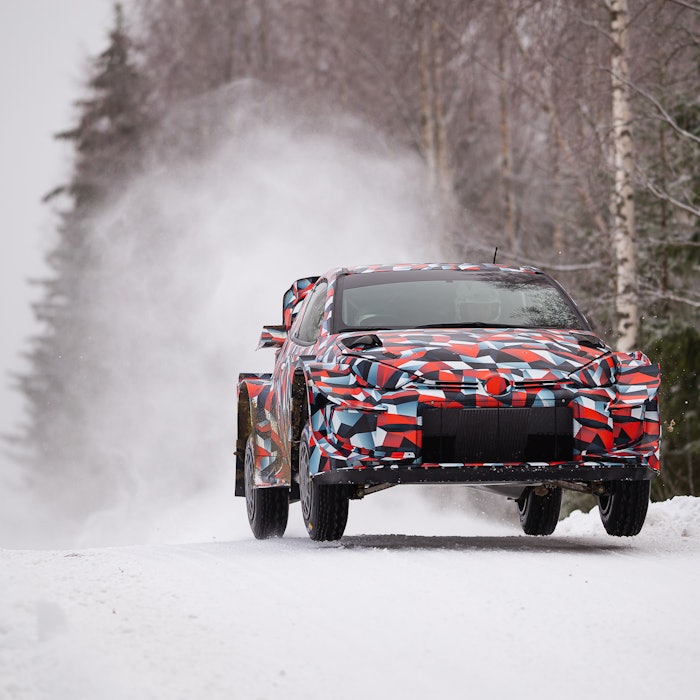 The car that never was

Toyota's 2021 GR Yaris WRC is no more. From the car's first test to the abrupt cancellation of the project, David Evans charts its short-lived story