Belgium has two prime motorsport assets (three if you include Thierry Neuville, but we’re not talking about drivers…) in the Renties Ypres Rally and the Spa-Francorchamps circuit. Combining the two looks like it will be enough to realize Neuville’s dream and deliver a round of the World Rally Championship in October.

In one of the season’s least surprising news stories, the vastly popular Belgian event confirmed it was looking towards an October 1-4 date for what would be a momentous step. Negotiations with both the FIA and WRC Promoter are ongoing – but reportedly looking very positive.

And they’re positive because of the continued innovation Club Superstage – the Ypres organizer – has demonstrated in its progression towards becoming one of Europe’s best events.

The plan for Belgium’s maiden WRC counter is a simple one: five classic Ypres stages on Friday October 2, five more the next day and then an admittedly long (170-mile) liaison across Belgium to Spa for a final day based around one of the world’s most exciting race tracks – using the circuit and a variety of perimeter and access roads. The powerstage and the finish would make use of some of the circuit’s iconic corners, like Eau Rouge and La Source.

“It is, of course, a great honour that we are being considered for the WRC 2020,” said Jan Huyghe, a member of the event’s organizing committee. “That is the merit of the hundreds of volunteers and members of our club who are selflessly committed to our organization every year. Only thanks to them can we organize rallies.

“This is the merit of our entire team. Moreover, for years, the Ypres Rally in Europe has received praise for the quality of the organisation, the experience and safety. We are honoured that the FIA ​​asked us and from that moment, Club Superstage accelerated to formulate a new timing, to draw the special stages.”

The response locally has been just what Huyghe hoped for. He continued: “The project was well received by the authorities, the City of Ypres, who have rally sport in their genes and from our partners. We have drawn up a competition that has a Belgian character, in which we have two icons of Belgian motorsport, where Ypres and Spa-Francorchamps can unite with each other. But let’s be clear: nothing has been decided yet. Club Superstage is currently negotiating with the FIA ​​and the WRC Promoter and soon the decision will be made.”

The organizing team is fortunate to be presided over by one of rallying’s most experienced team managers, Alain Penasse.

One of the questions levelled at this project has to be the ability to deal with the vast numbers of spectators who would travel from around central Europe – as well as the massed ranks of Belgian fans hoping to share what would be Neuville’s finest hour. And this time, that question comes from a COVID-aware stand point as well as offering fans a safe place to spectate from.

“As you can imagine we have spent a lot of time thinking about this and both spectator safety in terms of fans on the stages and the COVID-19 side of things is reflected in the route we are working on,” Penasse told DirtFish. “We have looked at where the fans will go, the order of the stages, how they will get between stages, where they can go when we get to Spa – we have planned everything with this in our minds.

“It would be fantastic to bring the WRC to Belgium and this is a good moment, but there is a lot of planning and a lot of work to put into a short space of time. This [coronavirus] situation is not the ideal one for anybody – and what we have to do now is be prepared to think a little differently and to really understand that, to make the rest of the [WRC] season work, we have to go sometimes in a different direction to the one we are used to.” 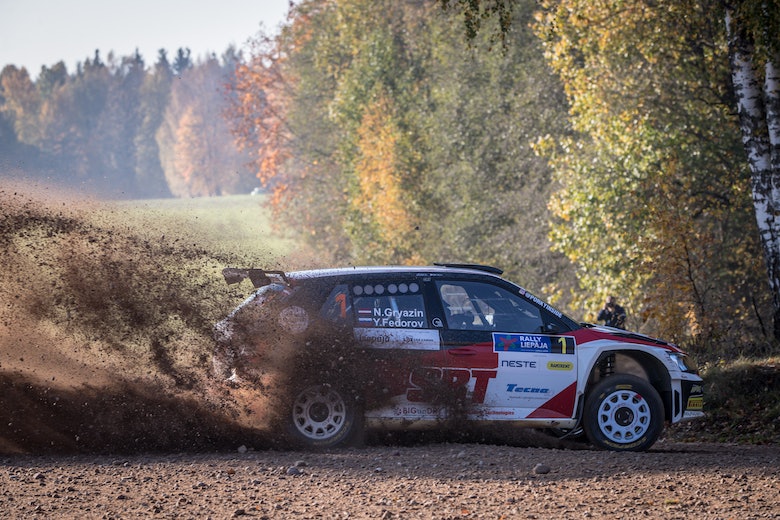 Lativa is another ERC event eyeing a WRC calendar berth