The World Rally Championship’s first ever event in Belgium gets under way on Friday, bringing the world’s best drivers to arguably one of the world’s most revered rallies: Ypres Rally.

To give us a guide to the first four stages the crews will face, who better to call upon than the president of event organizer Club Superstage, Alain Penasse?

The first stage is quite a lot on the concrete, which makes it a bit different to the other stages. It’s maybe a little bit harder on the tire, but the thing that does make a difference is that the concrete means the road is a bit more built up. There’s more of a drop off the side of the road, so with the cuts you have to be very careful to avoid a puncture.

The profile of this one is quite flat. We used this stage last time, but we have made some small changes to the route. We’ve added in some more junctions just to bring the average speed down for the World Rally Cars.

This is the cross-border stage. We have seven kilometers in Belgium and around 13km in France. The asphalt in Belgium is very, very bumpy and technical – this is a very difficult part. In France the surface is changing from being very slippery to very abrasive.

It’s also quite a hilly stage going up and down a bit. Don’t forget though, that’s hilly in Belgian terms – the highest hill in the area of the rally is only 150 meters!

The famous Kemmelberg stage, which is actually two stages united together this year. We start on the top of the Kemmelberg hill with the cobblestones, which will be driven downhill in the WRC event. The first part of this stage is quite slow and quite undulating with a lot of bumpy sections. The second half takes you down Monteberg, which is a place where we have another national rally. This is generally faster.

This is maybe the fastest stage of the rally, but it’s also a real mixture of everything. It’s quite flat, but the surface of the road is ranging from broken asphalt to normal asphalt and then we have some wide parts and some narrow bits – a bit of everything.

The World Rally Car crews should all drive in the daylight on the second pass, but we could see some of the crews running in the dark. 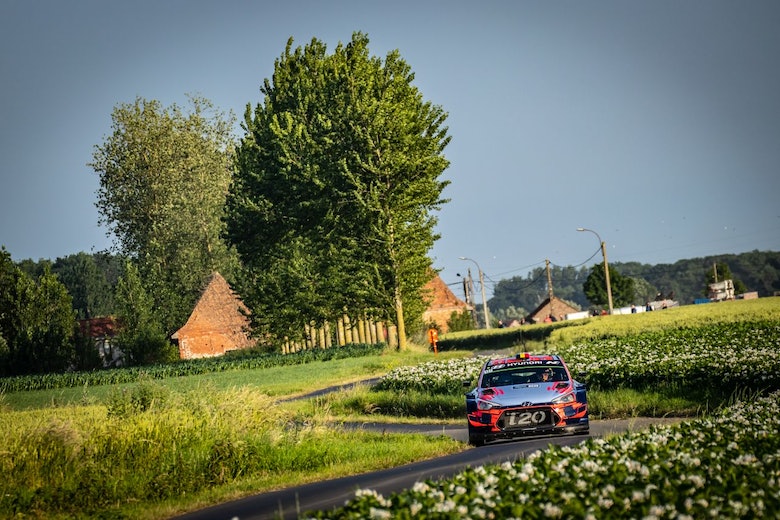