Saturday’s South Belgium Rally has been canceled due to rising coronavirus numbers in the country.

The mayor of Vresse-sur-Semois, the event’s host town, made the decision along with event organizer DG Sport.

Hyundai drivers Craig Breen and Ott Tänak were scheduled to be competing on the event, which offered 94 competitive miles, in the World Rally Cars in preparation for next month’s Ypres Rally Belgium.

Currently, there has been no decision regarding Sunday’s Hemicuda Rally, based much further north in the country, where Toyota stars Elfyn Evans and Sébastien Ogier plan to drive Yaris WRCs on their competitive debuts in Belgium.

It’s possible Breen and Tänak could switch their entry to the shorter Hemicuda Rally; Hyundai Customer Racing driver Nikolay Gryazin was planning to compete with one car on both rallies.

The situation in Belgium remains of significant concern to World Rally Championship insiders, with the latest COVID-19 restrictions limiting numbers of fans allowed to attend the event.

Belgium’s health minister Frank Vandenbroucke said the authorities were no longer in control of the pandemic’s spread and added Belgium faced a ‘tsunami’ of cases. 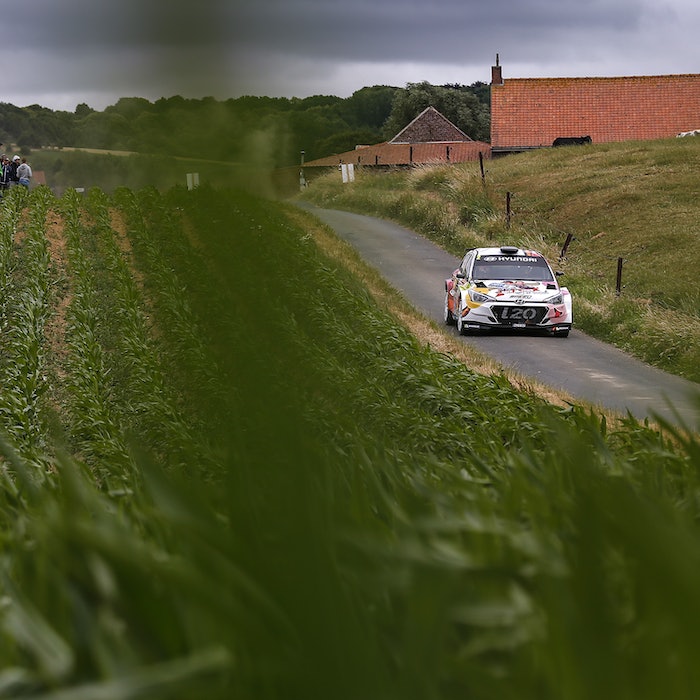 How it feels to drive one of Burns’ title winners