For drivers eyeing a career in NASCAR, the climb through the stock car ranks is a relatively obvious one. Austin Cindric’s rise up the motorsport ladder, however, was a little less orthodox.

Cindric won the 2020 NASCAR Xfinity series title in the season finale of the second-tier championship at Phoenix last November, after dabbling in single-seaters, sportscars, and rallycross early on in his career.

“My career has taken a lot of different moves,” Cindric told DirtFish. “I started in Bandoleros and Legend cars and then moved over from Legend cars to open-wheel racing, racing USF2000, [and] I had the opportunity to test rallycross cars a few times. Like anyone who’s driven rallycross stuff I really enjoyed it.”

“My first race was X Games (in 2014) and I ended up getting a bronze medal in that, and came back for a full season racing for OMSE and really developed a great relationship with them.”

After claiming that bronze medal at the non-championship X Games round in 2014, two more podiums followed towards the end of the GRC Lites season, which helped Cindric to fifth in the points, despite missing two rounds.

The following year, he really hit his stride. At the season opener on the streets of Fort Lauderdale he won, and he took another victory at round three in Daytona to make his championship credentials known early on.

After going winless in the mid-part of the year, Cindric and Olsbergs MSE team-mate Oliver Eriksson swept the board in four of the final five rounds, winning two races apiece in Los Angeles and Barbados to set up a tense title decider on the Las Vegas strip.

“I think we raced each other really hard as team-mates, racing for a championship,” Cindric said of the season-long fight with Eriksson, adding that his favorite highlight of the year was “the Barbados weekend where we both won races and had a great time.”

“That was just a lot of fun as a team,” he recalled.

Cindric had the points advantage going into the showpiece finale in Vegas, but an opening lap collision brought an early end to his race, while Eriksson’s third place finish was more than enough to guarantee that he took home the championship crown.

The title may have been lost, but it was a stellar season for the then-17-year-old: four wins from 12 rounds and a further four podiums, while that retirement in the season finale (in which he was classified 10th) proved to be his worst result of the season, painfully coming right when it mattered most.

After wrapping up his two-year Lites foray, Cindric continued to expand his motorsports horizons in NASCAR and IMSA, but in 2017 – the same year he finished third in the Truck series points and made his debut in the Xfinity series – he was back behind the wheel of a rallycross car. This time a Supercar for Bryan Herta Rally Sport. 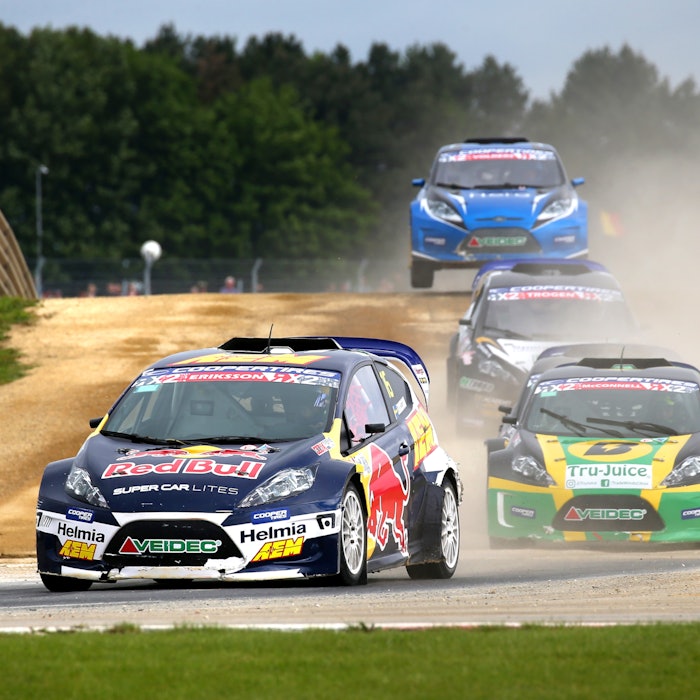 RX LITES CHAMPIONS: WHERE ARE THEY NOW?

HENRIK KROGSTAD HAS SOME BIG NAMES TO FOLLOW AS RX2 CHAMPS

Cindric filled in for 2016 Lites champion Cabot Bigham for the GRC Seattle double-header, saying at the time that “for two years, and through many different avenues, the step up to [a] Supercar is something I’ve been working on”.

The first round that weekend didn’t quite go to plan. Cindric failed to finish the final, but before that he famously drew the ire of multiple champion Scott Speed in a heat race by spinning the Volkswagen driver. The incident came just one week after Cindric controversially spun Kaz Grala to claim his first NASCAR win, and Speed, who was in the midst of a tense title fight with team-mate Tanner Foust and Steve Arpin, was understandably enraged.

Things were better on the second day though. A lot better. In fact, Cindric went on to claim Herta’s first top-five result in almost a year.

After a cautious start, perhaps influenced by the drama the day before, Cindric made a late joker strategy count to overhaul the Honda trio of Oliver Eriksson, Mitchell DeJong, and Sebastian Eriksson (whom all failed to make the finish) as well as Austin Dyne, Steve Arpin – hampered by a late puncture – and Chris Atkinson.

He came home fourth and took Herta’s best result of the season, and the result was all the more impressive when factored in that as well as being Cindric’s first rallycross races in nearly two years, he also competed with zero testing ahead of the event.

Speaking at the time, team boss Bryan Herta said: “Austin did amazing all weekend for us. He hopped into the car with no testing and short notice. And he showed a ton of maturity on Sunday against the very best rallycross drivers in the country.”

Since then Cindric’s career has been primarily focused on stock cars, a world away from the US rallycross paddocks, but he looks back at his time in rallycross fondly.

“Obviously I race for Team Penske, Roger Penske and the heritage with that team and what it means and how we carry ourselves, [rallycross is] a stark contrast from that reality that I’m in now.

“It’s almost like motocross extreme sports meets racing. You show up to the race track in a pair of shorts and a t-shirt and getting down and dirty working on the cars, and I really enjoyed that side of things.”

Cindric also credits his spell in rallycross with helping him become the title-winning driver with Penske that he is in NASCAR today.

“Without a doubt, I wouldn’t be the driver I am without my rallycross experience,” he said. “I feel like that was very critical for me as far as racing on loose surfaces, whether it be car control, or how a car works under extreme scenarios. 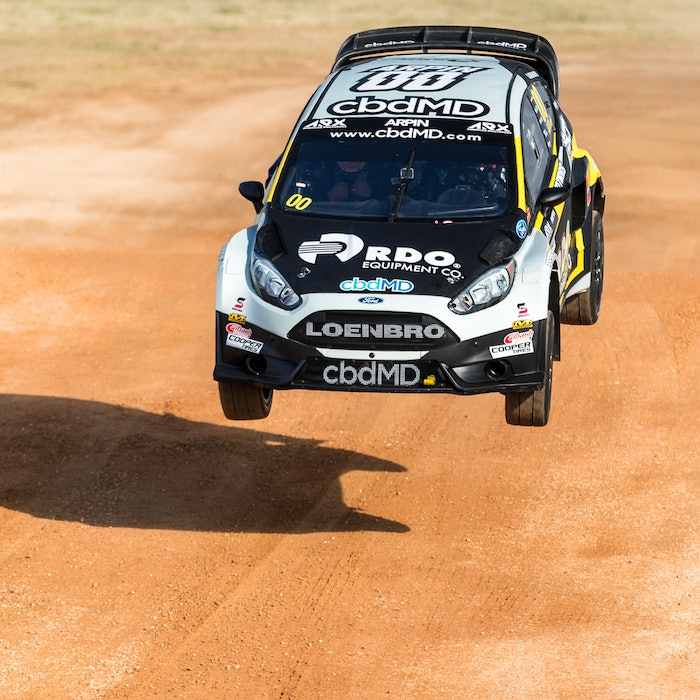 ARPIN: RX CAN BE A “FUN HAVEN” FOR MOTORSPORT STARS

“I mean, I have jumped a few NASCAR cars but not with the same result you would have in a rallycross car,” Cindric joked. “But I raced against a lot of guys that come from a dirt oval background and I feel like the lessons they learned from that are different but similar in the fact of car control but also aggression in racing.

“NASCAR is very well known for being somewhat a contact sport, even at high speed, and rallycross is probably three steps above that.

“You’re running into each other’s doors every other lap, it’s a given that that’s going to be the case, especially in the first corner in the rallycross stuff so that’s definitely… sometimes I can get myself in trouble with that kind of mentality but other times it’s definitely useful to push the limits.”

That rallycross experience definitely still shines through on occasion, too.

Cindric’s charge to victory in the 2020 Xfinity season finale at Phoenix involved him banging doors with title rival Justin Allgaier and team-mate Noah Gragson as he threaded between the pair. It was a move that certainly wouldn’t have looked out of place during Cindric’s brief rallycross career.

“It was very Timmy Hansen from Holjes, wasn’t it?” Cindric quipped. “‘I’m coming though!’”

And as for the future, with a full-time drive in the NASCAR Cup Series with the famous Wood Brothers team already lined up for 2022, Cindric is set to remain in stock cars for years to come, but despite that he still harbors an interest in getting back behind the wheel of a rallycross car in the future.

“I definitely loved the rallycross stuff, obviously it’s come in waves in the USA,” he said. “I’d love the opportunity to be able to drive some more of that stuff because I feel like that’s been a really key foundation for my career.

“For me, my relationship with Ford has taken me from that kind of racing and sportscar racing into NASCAR racing and that’s where I’ve stayed for the last couple of years and I’ve obviously proven myself as a driver.

“I’d certainly like to [do more rallycross],” he added. “I got to do RallyX on Ice back a couple of years, so any off-season stuff, anything like that, I really loved getting to do that. I’m really keen on any opportunities to do that stuff because I really pride myself in my diversity as a driver and my rallycross days are definitely a big part of that.”