After dominating Round 7 during the ARX of Austin at Circuit of the Americas, McConnell came away from the weekend with a 33-point lead over championship rival, Cole Keatts, and 53 points over reigning 2018 ARX2 Champion, Conner Martell. By no means did that mean the Championship was sealed, and McConnell still had his work cut out for him at Mid-Ohio.

Day 1 of the weekend was a difficult day for McConnell and the DirtFish team. To have any chance of winning a race on Saturday, drivers needed to beat everyone else off of the start. Thanks to an immense amount of hanging dust in the dirt sections, it became difficult for drivers to see unless they were leading. This allowed the leader of each race to pull away from the rest of the field. After fighting the dusting in each round of qualifying, McConnell pulled out a semifinal win, placing him on the front row for the Final. During that race, there were a lot of challenging battles from start to finish. Unfortunately, he was on the losing end of one of those battles with driver, Alex Keyes, and ended up with damaged suspension on the front left of the car that dropped him back to 6th place by the time they crossed the finish line. 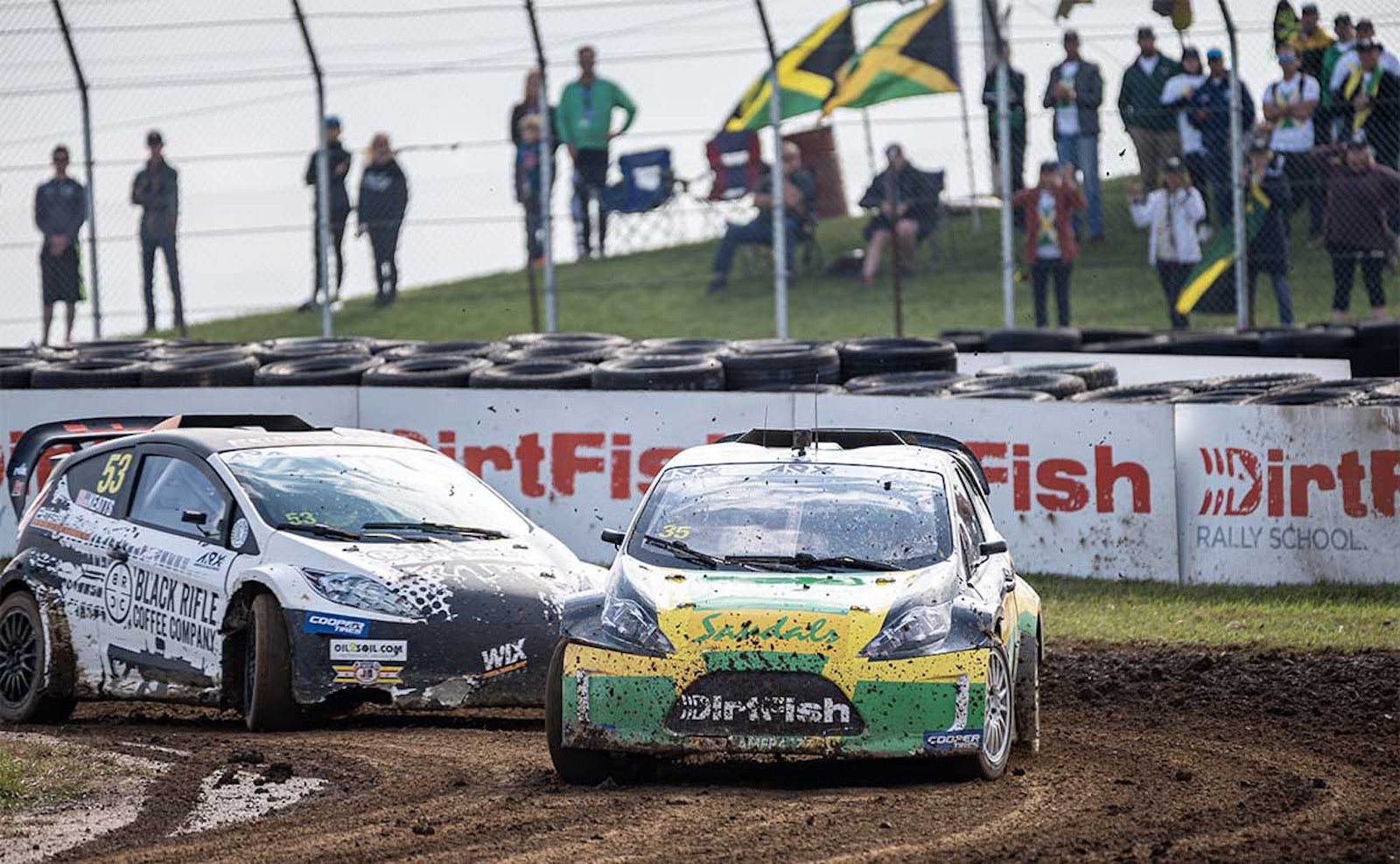 Day 2 brought much more good fortune and even more exciting racing. There was no dust to contend with; instead, the drivers had to handle some of the slickest conditions anyone has seen in American rallycross. Following heavy rainstorms overnight, the dirt sections became extraordinarily muddy and nearly undrivable. This typically favors the DirtFish Motorsports drivers, thanks to the loose surface training they are able to take advantage of at the DirtFish headquarters in Snoqualmie, Washington. By the end of the day, McConnell was able to prove why he is one of the best drivers in the ARX Championship; leaving with a win in the Semifinal, a win in the Final, and more importantly, the 2019 overall Americas Rallycross ARX2 Championship!

McConnell says, “I wouldn’t have any other flag on my car, I wouldn’t want to be in any other paddock with any other team, and I wouldn’t want to be surrounded by any other people. The entire team pushed me to do my best all season, they gave me the best package, and they made the best out of every situation. It means so much to me to bring DirtFish Motorsports their second ARX2 Championship in a row, and I’m honored to be a part of that accomplishment.”

For the final two events of the season, McConnell was supported by Jamaican resort giant, Sandals Resorts. We were incredibly pleased to have such a strong and well-known brand on the car because it shows the genuine support that McConnell brings with him from his home. The Jamaican pride was the strongest it’s been this season with a large group of fans in attendance showing their support for McConnell and DirtFish. Their enthusiasm added to the already excited atmosphere of the weekend. McConnell has made history by becoming the first Jamaican rallycross driver to win a championship. This was such an important milestone that Prime Minister, Andrew Holness has shown his support across social media throughout the season. 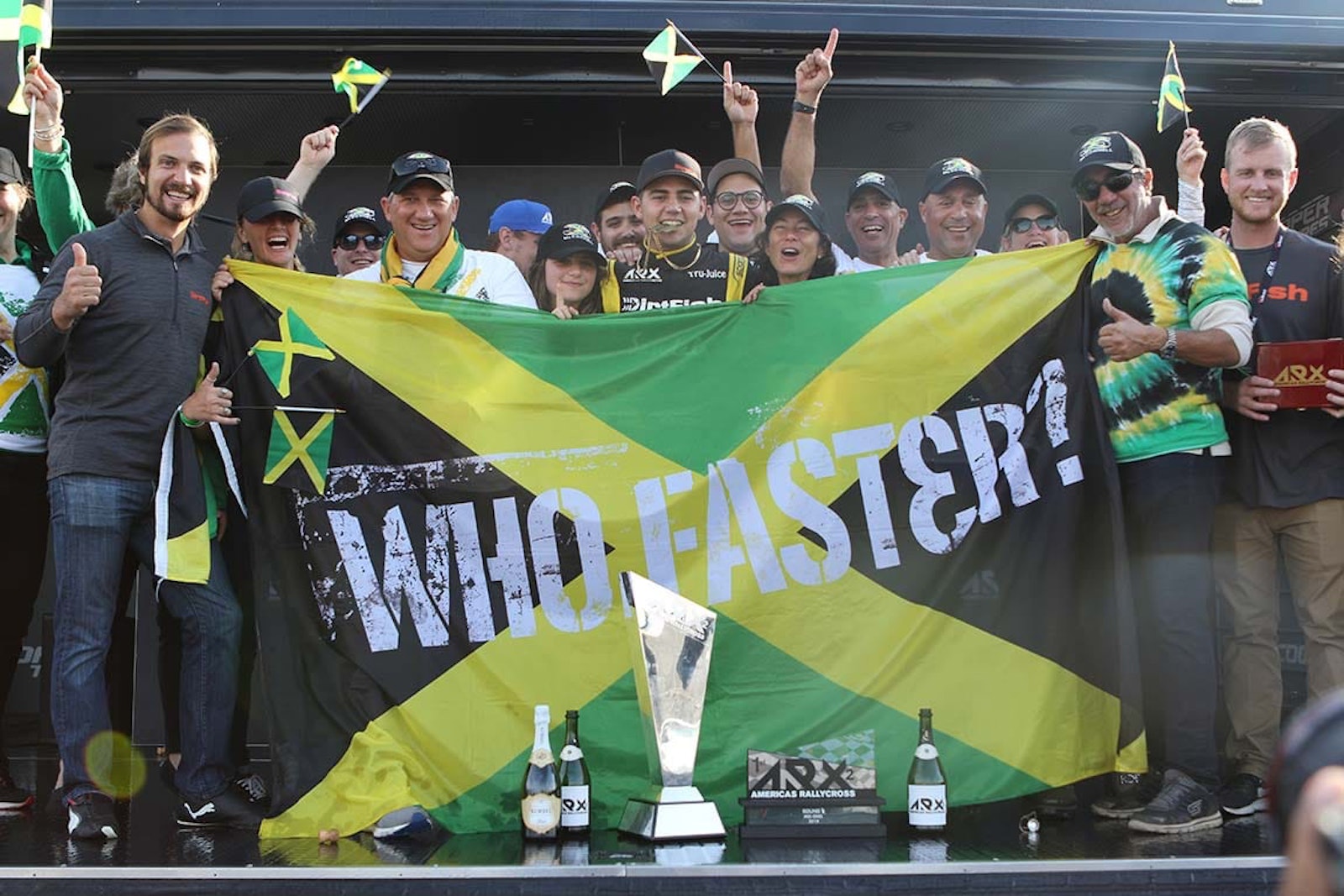 For 2019, DirtFish Motorsports teamed up with world-renown rallycross team, Olsbergs MSE. The combined expertise of two championship-winning teams provided McConnell with an unrivaled opportunity to bring home the 2019 championship.

The success this season wouldn’t have been possible without the support of everyone from DirtFish, Olsbergs MSE, the McConnell family, Sandals, Tru-Juice, Motul, all of the technicians, truck drivers, and Americas Rallycross. Everyone involved put in a tremendous effort to achieve a second consecutive DirtFish championship win.

DirtFish Motorsports is a developmental driver program competing in the Americas Rallycross ARX2 series, World Rallycross, and stage rally in the United States and Canada. DirtFish Motorsports strives to develop well-rounded drivers and providing a team culture that fosters growth and development. Cross-discipline training develops skill, confidence, and huge rewards in the racing world. A professional racer is more than a driver behind the wheel, and as such our program touches on developing the complete athlete package in all aspects of racing including driving fast, health and fitness, personal presentation, business, and finance, as well as understanding the power and presentation of social media.

Nestled in the foothills of the Cascade Mountain Range in the scenic town of Snoqualmie, WA, DirtFish Rally School is the only full-time rally school on the West Coast and boasts an impressive array of rally cars, rally driving programs and memorabilia to suit enthusiasts of all ages. Based at the former Weyerhaeuser Lumber Mill site, the property itself boasts a rich history, having been the second all-electric lumber mill in the country in 1914. A century later, in October 2010, DirtFish opened its doors with the goal of offering unparalleled training in top-level vehicles, as well as provide unequaled opportunities for vehicle testing, specialized training, corporate/team events, and more. Rally heaven awaits any student enrolled in one of DirtFish’s many programs, from the simple Two Hour Taste of Rally program all the way up to the Three Day Ultimate Rally Experience and onto advanced and private training in both rally and rallycross, in either all-wheel-drive Subaru STI’s or rear-wheel drive Subaru BRZ’s.