It was another successful RallyX Nordic weekend for Fraser McConnell at Höljes, who is now 13 points off the championship lead after the first four rounds.

A fourth place – and top of the full-season entrants – in round three, and a return to the podium with third in round four on Sunday represented a handy return for the DirtFish-backed Olsbergs MSE driver, who’s chasing his second rallycross title after his 2019 ARX2 triumph in the States.

After going toe-to-toe with three-time World Rallycross Champion Johan Kristoffersson in Nysum, McConnell had to contend with extra competition thanks to an influx of other World RX contenders making supposed one-off appearances in the series. Among them were Niclas Gronholm and Krisztian Szabo who used the event as a warm-up for the World RX season.

“I’m racing against the best guys in the world, again, with another addition with Gronholm and Szabo – they came with a really competitive car with the Hyundai that they’re preparing for the world championship,” McConnell told DirtFish.

“On a couple of occasions, wet and dry, the pace was bang on with them, sometimes even faster. So that’s a credit to the car that OMSE has developed and my skills that I’m able to make that result.”

The extra competitors handily took points off McConnell’s full-season rivals, but they also added the peril of potentially taking points off him too. The first final of the weekend ended with Gronholm atop of the podium, ahead of Anton Marklund and Szabo. Fourth for McConnell represented something of a win.

He, however, doesn’t look too much into that kind of thing.

“I don’t really think about it to that much detail, the more competition to me, the better,” he said.

“It makes a good race, good TV, and good fun. Niclas or the other wildcards, like Szabo coming into an event, doesn’t really change my approach to how I look at the race weekend or a heat or that type of stuff.

“I guess you could say that it gives more options for who gets what points and maybe a little bit more difficult to get good points, but it’s the same for everybody though. 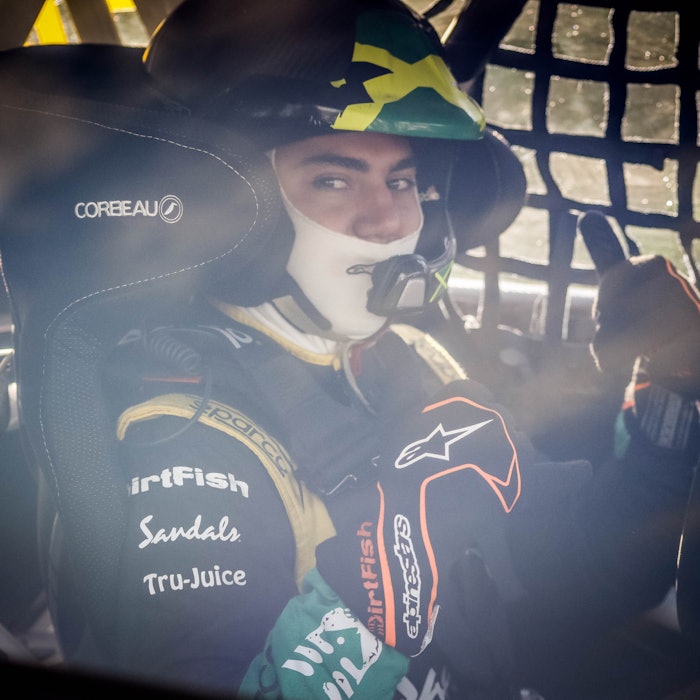 I left it all out on the track and I was very pleased with the third place because I couldn't have really done much more from the second row. Fraser McConnell

“I know the more competition for me, the better. I love it.”

After taking the top spot among full-season runners on Thursday, in the final of the second round of the weekend on Sunday he made an excellent launch from the second row of the grid, using lessons learned earlier in the event, to rocket into victory contention right away.

“The reaction felt really amazing, probably one of my better reactions and it just gripped up really well and took off like a rocketship, and I just kept pulling the gear and it kept going,” McConnell recalled.

“I managed to slip in behind Niclas for the first corner and I think I followed him for three laps – if I lost a tenth one lap I’d then gain [it] back, [I was] right up underneath him the whole race.

“When I went to the joker, I saw Johan had quite a couple of car lengths in front of me, so I tried to follow him,” he said of Kristoffersson who jokered early to get the jump. “I [went to] hunt him and then Niclas must’ve had an amazing joker to come up in front.

“I left it all out on the track and I was very pleased with the third place because I couldn’t have really done much more from the second row.

“It’s so hard, especially in the dry conditions, it’s really hard to make a massive improvement from the start grid that you’re given. Third or fourth is a good result for me, and starting fourth and ending third is positive.”

McConnell’s next outing will be at for rounds five and six of RallyX Nordic at OuluZone in Finland, a venue new to him and many others in the field.

Be sure to check back here ahead of the event for an exclusive preview as McConnell continues to chase the most coveted regional title in rallycross. 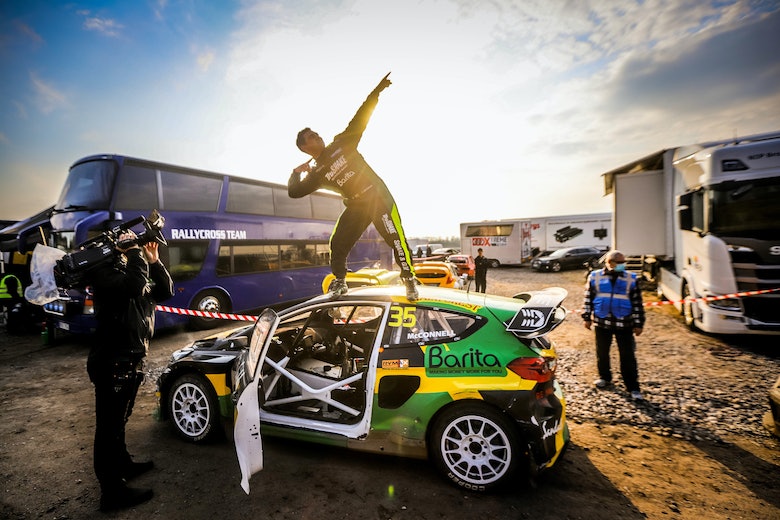 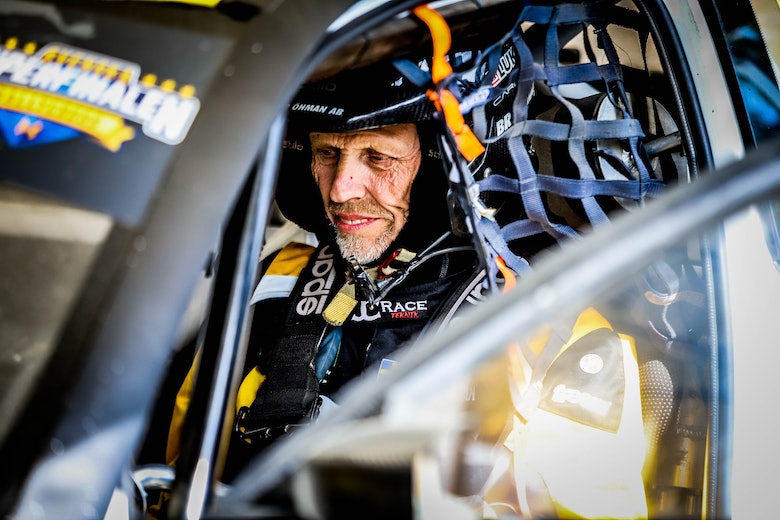