Double World Rallycross Champion Johan Kristoffersson has entered the third round of RallyX Nordic at Arvika, hoping to “pick up from where he left off” from the opening two rounds at Höljes earlier this month.

Kristoffersson was one of several high-profile entries in Höljes’ ‘All Star’ Magic Weekend – including World RX round winners Niclas Grönholm and Robin Larsson.

The Swede’s season in his family-run Volkswagen Polo Supercar started with a second place, which he followed up with a win in sodden conditions in round two.

“It was so much fun to be competing in a rallycross event again – especially on Sunday [round two], when the rain came and gave us a sniff of victory,” Kristoffersson said.

“I love every aspect of this sport, and after a year away, it felt like coming back home.

“In many ways, Höljes was the perfect weekend with the mixed weather, and we learnt a lot. The Polo isn’t new to us, but we made a lot of changes to it over the winter so there was a whole list of things we wanted to try out and different set-ups we wanted to experiment with. 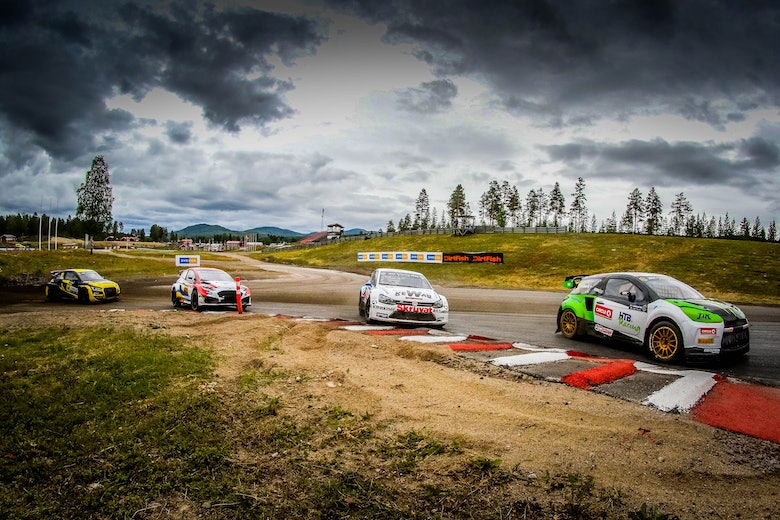 WHY MAGIC WEEKEND WORKED, AND WHAT IT HINTS FOR WORLD RX

“In the wet, we were right on the pace – if not indeed setting the pace, which was really encouraging. I’ve always enjoyed the challenge of driving in conditions like that. In the dry, we discovered where we need to improve to make the car even more competitive, and we’ve been working hard to do that ever since.

“Arvika is my local track – literally just five kilometers from my front door – and it’s one of the first I ever drove in rallycross, back in 2013. We’ve tested there a few times recently, and it’s great news that RallyX Nordic is returning after a year away, particularly given it will enjoy the same superb livestream coverage as at Höljes and will additionally be broadcast on Swedish TV.

“As a circuit, Arvika always generates close racing, and the joker lap coming right at the end of the lap can make for interesting finishes, so I’m sure it will be exciting. Hopefully, we can pick up from where we left off at Höljes.”

Kristoffersson is currently four points shy of the top of the the RallyX Nordic standings, which is headed by reigning champion Larsson. However JC Raceteknik’s Larsson won’t be present for the next round on August 7-9.