It’s been a mega season so far for Fraser McConnell in RallyX Nordic, but as the series ventured to Finland last weekend for two rounds at the OuluZone so came his toughest event to-date.

As ever, the DirtFish driver showed strong pace, making it to the semifinals on both days, but from there the universe had other ideas. A harsh penalty on Saturday scrubbed a guaranteed final spot, while a freak wheel rim failure on Sunday ensured a repeat of his final no show.

But that didn’t tell the full story of the weekend. Not at all.

The Saturday penalty came after bouncing back from contending with a car that was “tricky to drive” in Q1, and a missed joker in Q2. After a decent showing in Q3, the title-challenging McConnell was right up there, and looked set for a final berth after passing Juha Rytkönen, having been held up behind the local star since both took the joker early on in the race.

What looked like a decent, well-timed pass would end up being the cause of crushing disappointment as McConnell tagged a track marker, resulting in a penalty that took him out of the top-three and a transfer spot.

But despite the move ultimately costing him a strong result in round five, McConnell has no regrets over how things played out.

“It was a risk I was willing to take and when I did come into contact with the barrier I knew it was going to be questionable, but I would do it again 10 times,” he told DirtFish.

“I set him up from two corners earlier ready to make that pass,” McConnell added. “I still think it was a clean pass but the stewards have to do their job, but it is what it is.”

When asked whether jokering apart from Rytkönen could’ve given a different result, McConnell pointed to the strong pace of Sondre Evjen who was hot on the heels of the pair.

“The joker was still probably the best decision, I had to go for a pass like that because if not we wouldn’t have made it anyway.

“Sondre was on a good pace in front of us and if I did [joker earlier] I don’t think I would’ve come out in front of Sondre either.” 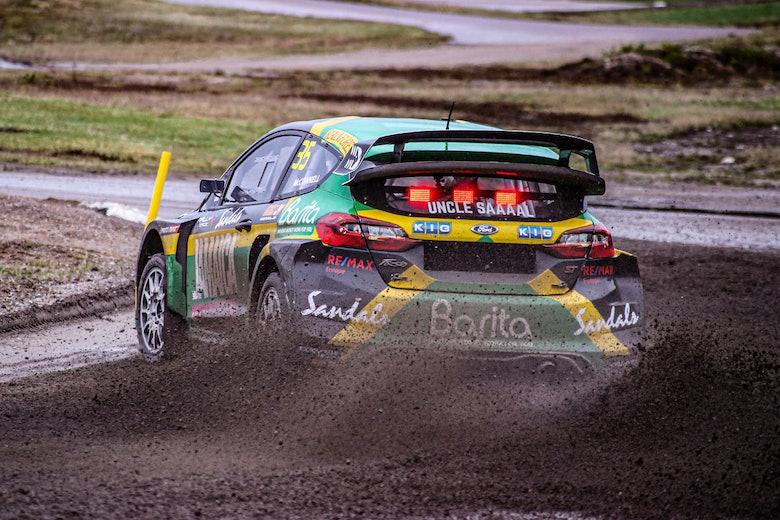 Always one to look at the positives, McConnell wiped the slate clean for Sunday, and set about rescuing his weekend.

“We put that day behind us and learned from the mistakes and took the positives because we knew we had good pace,” he said. “On Sunday we started with a fresh slate, didn’t really let the day before bother us too much.”

Qualifying was textbook, with McConnell consistently in the top-five – including during a wet Q3 where, as has been the case in past rainy outings, McConnell adapted wonderfully in his Olsbergs MSE Ford Fiesta ST. That was until a gearbox issue dropped him down the order, albeit only to fifth for the session, he maintained fourth overall.

That gave him a front row start in the second semifinal, which he started perfectly. A final spot for round six, and redemption for a rotten Saturday looked to be in the bag until a freak wheel failure forced him to retire.

“The semifinal was the straw that broke the camel’s back,” McConnell said. “Just going over there, no hole, no nothing, [I had] a rim failure. The rim exploded over the corner and that was the end of our weekend basically.”

The failure came without warning, compounding the frustration of the weekend.

“[I had] no puncture, those things normally happen if you have a puncture then the tire can’t take the pressure from the transition, but that wasn’t the case,” he explained. “It was just a faulty rim and yeah, it wasn’t like a hole [in the track] or anything.

“It was just a freak accident that added onto the pain that we were already going through.”

Nevertheless, McConnell remains in championship contention mathematically, with the series set to conclude in Arvika, Sweden on August 13-15. Although with the emergence of late entry Niclas Grönholm, who’s won the last four rounds, and the continued good form of points leader Johan Kristoffersson, McConnell is looking to tie up second in the points.

Second would match his 2020 finishing position, although it would arguably represent another step up in his emerging career with three-time world champion Kristoffersson competing full-time this season, and Grönholm also making more appearances in his World Rallycross car.

“I’d say winning the championship is kind of [a] far stretch but that doesn’t deter me,” he said. “I’m trying to work hard and still go as best as I can on my given day. The fight for second is still on with Sondre. 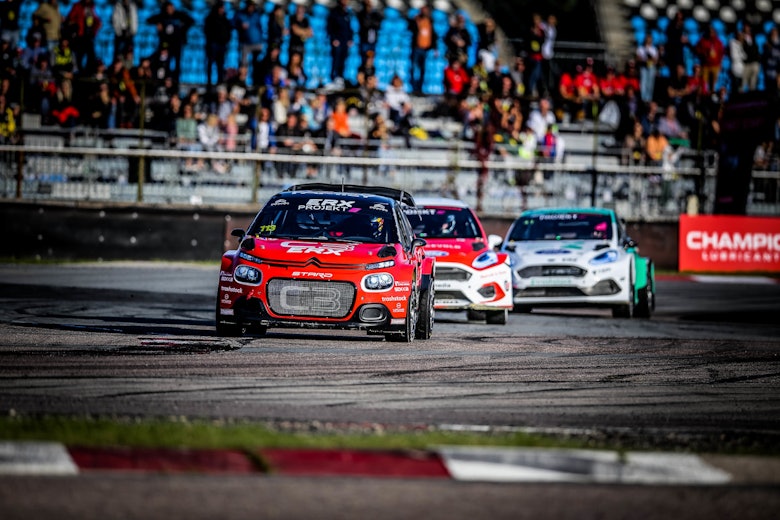 “Winning the championship is looking tough, but I’m still prepared to go out there and put on a good show and show the world that I can compete with the best, go for the win in Arvika and end the year on a high note and redeem myself.”

Regardless of what happens in Arvika, McConnell’s time in the Nordic series will have set him up perfectly for an assault on the inaugural Nitro Rallycross championship later this year, as his spell in Europe’s biggest regional championship was always intended as something of a warm-up for a full campaign in the blockbuster American series.

“That was the plan going into Nordic really,” he said. “The main plan for the year is Nitro but we couldn’t have done it with not being driving for a couple of months. This is what we planned for and it seems like it’s working pretty well.

“The OMSE team is working so hard to prepare the cars as best we can and make sure that it’s performing at its best for Nordic and then even better for Nitro. Everything’s going according to plan.”