While Group E may be the new darling child of Nitro Rallycross, Supercars are still very much a factor, something perfectly demonstrated by Fraser McConnell’s decision to pull double duty in both categories for the European season.

No longer a rising star, McConnell is now an established name, and a top one at that. At Lydden Hill he defeated European RX3 champion Yury Belevskiy for top combustion honors, and while he didn’t come away with any silverware in the electric class, he was nonetheless one of the top performers.

Hopping from one car to another throughout two days of racing (and a pre-event test day the Thursday before) brings its own challenges, but while driving any racing car, let alone two, is a physically taxing job, it was the mental side that placed the most demands.

“I’ve been training for this,” McConnell told DirtFish after last Sunday’s Supercar final. “It’s not a surprise that I knew it was going to be difficult.

“Physically, I could do this all over again right now; mentally, it is very tiring because it is two completely different cars to drive. And to be able to, at the snap of a finger, change my mindset from car to car at a moment’s notice, is a difficult task.

“We were able to do that as well as persevere through the adversity.” 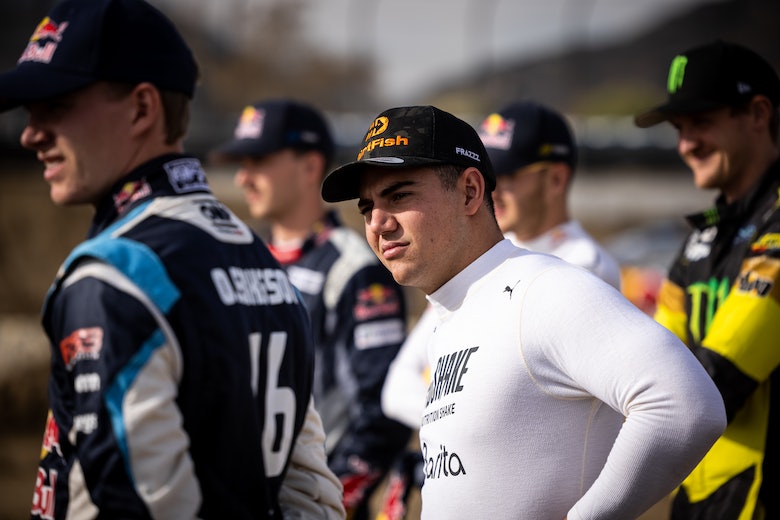 That adversity included motor failures and power-steering issues in Group E, and driveline issues in Supercars – the sorts of things that might derail some drivers’ weekends. But McConnell’s mental strength – and that of his two teams – shone through.

“We didn’t give up, we kept fighting,” he said.

“We’ve been putting in the fastest lap times for the whole weekend, so it’s not a matter of pace. And I don’t want to sound cocky saying this but I was the fastest person this weekend, and to just trust the pace and trust that the team will give you a good package is all you need.

“Unfortunately I had some really heavy contact in the left rear in the final of the electric class but [I was] still able to make up three places so [it was] a good day in the office.

“No day’s a bad day when you do this kind of stuff, but it is frustrating at times when you’re quick and you can’t display it.

“And the most frustrating part is when there’s something wrong internally with the car but the fans don’t see it and the commentators don’t pick up on it and you’re just like ‘come on! I’m not just s***ing the bed!’.

“But it was great fun,” he added. “The Jamaican support at this event was unreal and I just want to big up JC and Dreyer & Reinbold Racing for giving me a wicked electric car, and Betomik Racing for supplying the Supercar.

“It is a crazy feeling to be up against the best in the world and proving to myself and everybody else that I do have what it takes.”

McConnell therefore sets the benchmark of how to tackle a ‘double-duty’ campaign in Nitro Rallycross, something the series’ pioneer Travis Pastrana will do later in the year when he runs the American rounds for Subaru Motorsports USA while continuing his Group E charge with Vermont SportsCar.

“I talked to Frazzz [and] he said, ‘You know what? I didn’t really get tired, I felt good, I loved the time on track,’” said Pastrana.

“And even after breaking the left rear suspension [on his Group E car] he was still able to do the fastest lap time of the weekend in the main event. So I really think having that seat time is not a hindrance.”

Last year, en route to the overall Supercar title, Pastrana was often able to take pressure off himself by virtue of qualifying for every main event through the heats rather than going through semis or last-chance qualifiers, but he’s well aware this season could be much more taxing.

“I think if we go straight through to the main event, it [double duty] is not a distraction at all,” said Pastrana. “I’ve yet, in Nitro Rallycross since the season started last year, to have to go past the heat race. So that’s been awesome and it probably won’t be the case [this year] and there’s going to be times where I’ll probably be in both LCQs.

“I think the track time is not necessarily a bad thing, you have a lot of chance to do the start, but the difference with the cars’ starting is such a big difference that it could be tough going back.”

FIA: Procedures were not followed after Greensmith shunt