Nitro Rallycross has hinted that it could replace its canceled round at the KymiRing in Finland with a different event later in the year, according to the series organizer.

Earlier this week the series announced it would not be visiting the venue for the third round of the season, saying that the Nitro RX course had not been completed in time.

Speaking exclusively to DirtFish, Brett Clarke, chief revenue officer at Nitro Rallycross parent company Thrill One Sports & Entertainment, revealed that other options in the country were considered before the decision was made to ultimately remove the Finnish round altogether.

“We are very disappointed at not being able to bring Nitro Rallycross to Finland this year,” he said. “The country is passionate about motorsport and has such a rich rallycross tradition, not to mention a number of our drivers across our series are Finnish.

“Our partners at Lahti Events looked for any path forward that could provide the premier experience that fans, drivers, teams and partners all expect at Nitro RX. This decision was not taken lightly and was not made without exploring multiple alternative options in the market.

“Rather than risk compromising the event, we made the difficult decision to cancel for 2022. It was important to make the decision public as soon as possible to ensure our fans, teams and partners could plan accordingly ahead of the North American leg of the series.”

The cancellation came amid reported financial and construction difficulties for the facility. 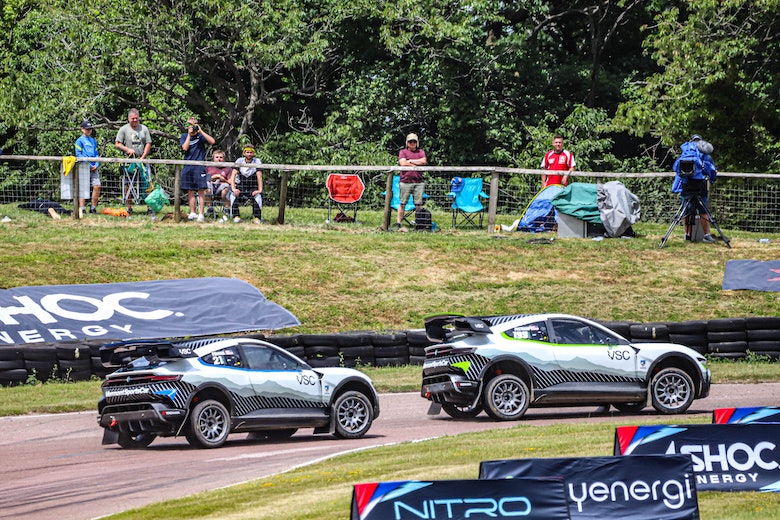 NITRO RX LOSES A ROUND AS TRACK ISN’T READY

The main track was completed in September 2021, and while it has been designed to meet the highest FIA track grade requirements, its facilities are not yet in-line with other FIA Grade 1 venues.

As well, MotoGP’s inaugural race there has been repeatedly postponed since 2020 (the first of those being because of the COVID-19 pandemic), while the FIM Motocross World Championship – that was also due to be holding a round at the venue in August – has also scratched its planned event.

With Nitro RX not running in Finland this year, its European leg is now set to comprise only the round in the UK that was completed last month and a visit to Sweden in two week’s time.

However, Clarke hinted that a replacement round at another location could be forthcoming.

“We are now working diligently to find the best solution for the series on the back of this decision and are working collaboratively, as we always do, with our teams, sponsors, venue partners to find the most optimal solution,” he said. “Whilst it’s too soon to announce an updated series calendar right now, we will have more information to announce in the near future.”

After round two of the season at Strängnäs Motorstadion in Sweden on July 30-31, Nitro Rallycross will return to the US for races in Minnesota (October 1-2), Southern California (October 29-30), and Arizona (November 12-13).

It will then head to Saudi Arabia on December 10-11 before concluding with three races in early 2023 – Quebec and Alberta in Canada on January 21-22 and February 4-5 respectively, and a final US race at an unconfirmed venue and at a yet-to-be-announced date in March.

Why the ARA works for a WRC team