There’s pretty much an even split when it comes to opinions of electrification in rallycross. Half treat it like the beginning of the end, while the rest are excited to embrace the new technology and the benefits it could bring.

But Nitro Rallycross has no plans to replace one with the other – at least not yet. In fact, NRX pioneer Travis Pastrana feels there’ll be room for both for quite some time.

“At the end of the day, we don’t want to get rid of the current Supercars when all the manufacturers move to electric, which they already pretty much have,” Pastrana told DirtFish. 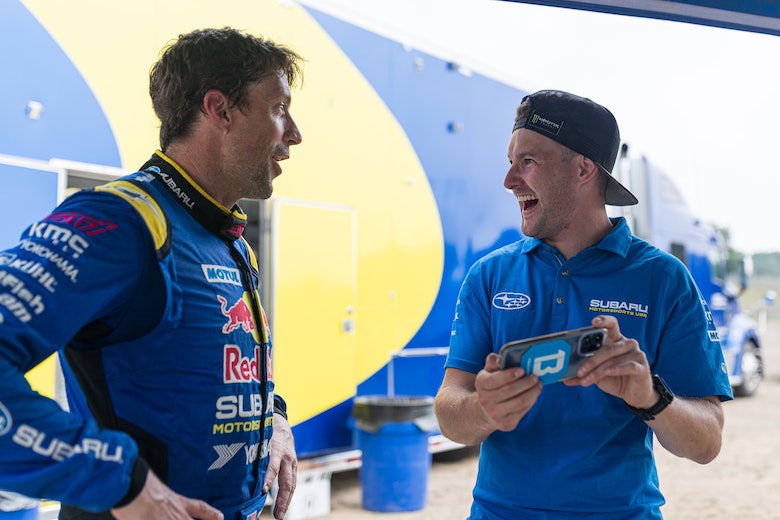 “Most of the sponsors are going electric, but when everyone goes that direction, the cars that we’re racing today are going to be a lot less expensive. So when that happens, all of a sudden that class gets bigger as well, it gets more affordable.”

When asked when electric will become NRX’s sole premier category, Pastrana responded: “I hope never. I shouldn’t say never, but it’s a long way off.

“What’s interesting is that once the manufacturers switch up and the premier class becomes electric, the cost of being competitive in the combustion class goes significantly down because you’re not competing against like a manufacturer support really.

“So at that point, there’s more people that can afford to race the current Supercars. And there’s more teams that’ll have access to top-tier equipment. So I think at the end of the day, it becomes a very good second-tier class at less of a cost.

“It’s hard for a privateer or a rookie to compete against the factories, the top teams, but if there’s a place where you can get in for a little less where you’re not competing against the constant development, you can almost put limitations on the class that keep it within a standard that limits the amount of cool trick stuff,” Pastrana added. “But you have to have that to make the racing amazing and that’s what the electric class is going to be.”

Electric and combustion complimenting each other is just one part of a long-term plan to develop a stable and accessible ladder for people to enter rallycross stateside, something that the discipline has lacked for the last decade. 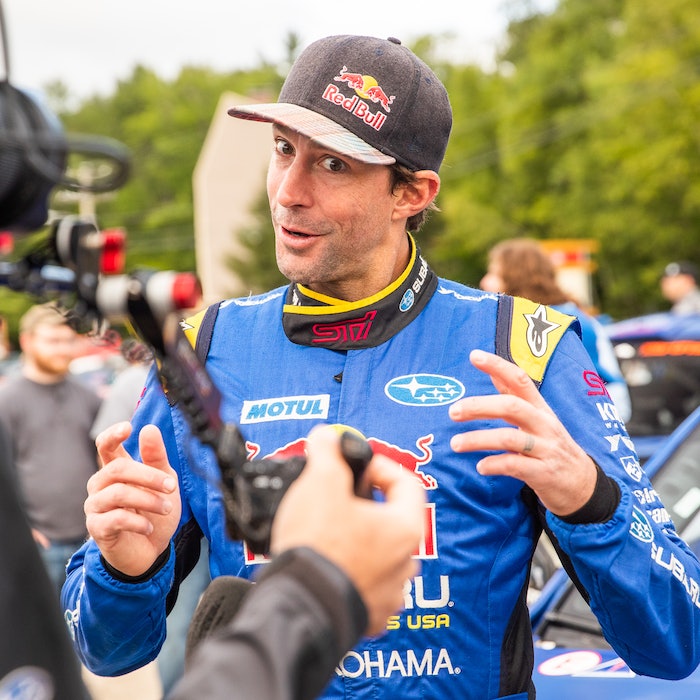 With electric, that just gives another class, it gives more entertainment Travis Pastrana

“My goal for rallycross is that we do have crosskarts and we have Sierra Cars and we have Can-Ams: how can we make this accessible? How can we have a feeder system?” Pastrana said.

“So [if] we don’t have a feeder system, [we] will never survive. And then I think with the electric, that just gives another class, it gives more entertainment, and when people go to watch a race, you’re not just watching eight cars, you’re watching cars on the track all day long.

“We have Lites and the current Supercars now. I’m not saying that we’re going to get away from the Lites class, but we definitely want to look more towards crosskarts, seeing where Sierra Car is, where Can-Ams are, what we can have to kind of build at a less expensive level and really find some more talent that has [a] chance to get in there.”

But what about the electric aspect?

While NRX’s FC1-X electric car has been met with some negative reactions from elements of the fanbase, there has also been an overwhelming wave of positive interest in the new machine.

But winning over doubters wasn’t a primary focus when it came to developing the car.

“I think at the end of the day, we’re trying to build a race series for the racers that gives them the best opportunity to have the most powerful vehicles, to race the fastest and most competitive drivers, and you need support to do that,” Pastrana said.

“And the world right now is going electric and I love it because noise pollution is what restricts us from getting into bigger areas and more populated areas. It’s our biggest, I’d say hold back in general for racing.

“So if I can go out there and we can have a faster car, that [delivers] more exciting racing, that’s more challenging for the drivers, and we can still build a track that they fly through the air and it’s super-durable, and we can do it closer to a big city, and then more people, I think this is all [a] win.”