The 2019 World Rallycross runner-up is slated to compete at both the season opener at the Utah Motorsports Campus, as well as the second round at ERX Motor Park in Minneapolis, Minnesota next month.

Bakkerud is no stranger to the team, having first driven for the Vermont SportsCar-led outfit during the final two rounds of the 2019 Americas Rallycross season deputising for Speed who was absent through injury.

“For me, it’s great to be back with Subaru again, even though it’s only for the first two Nitro RX events,” said Bakkerud.

“I had a great experience with Subaru and Vermont SportsCar back in 2019 and can’t wait to challenge new tasks together at Nitro this year!”

He took a best result of fourth at Circuit of the Americas after leading early on, adding a sixth place at Mid-Ohio at the season finale during that brief spell at the team.

As well as his cameo appearances for Subaru two years ago, Bakkerud also raced a Ford Fiesta ST at X Games in 2015 for SH Racing Rallycross, filling in for Nelson Piquet Jr. who had to miss the non-championship contest due to Formula E commitments.

After contending for a podium in the opening laps, Bakkerud was eventually classified sixth as a result of losing a wheel following contact with Speed. 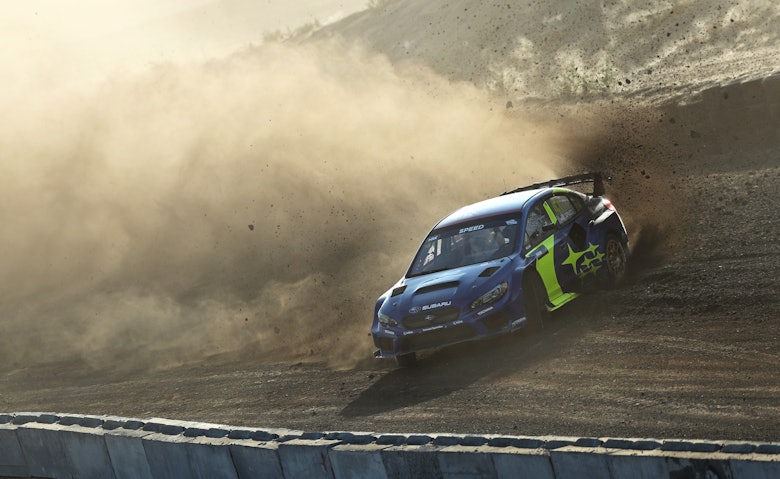 The two-time European Super1600 (now RX3) champion has spent much of the 2021 season campaigning in European Rallycross after dropping out of World Rallycross for the first time since the series’ founding by virtue of former team RX Cartel’s decision to switch to NRX with Liam Doran and Robin Larsson.

He backed that up with a fourth in France earlier this month, and currently leads the European RX1 standings by two points ahead of France victor René Münnich.