DirtFish can exclusively reveal the first details of the new Nitro Rallycross series, which will start in 2021.

As previously shared by DirtFish, the Nitro Rallycross format will grow from a single competition at the Nitro World Games action sports event into a fully-fledged series from next year.

In details provided to DirtFish by Nitro Rallycross organizers, it is understood that the series will begin in the summer of 2021 with an event at Nitro Rallycross’ home at the Utah Motorsports Campus. Further events will then follow in Washington state, Florida, Arizona, and Quebec, Canada with the first series concluding in January 2022.

A round in Maryland was planned, but development of the Circuit 199 facility has been put on hold after a delay in the planning process.

“While I’m disappointed about Circuit 199, this allows me to refocus my energy into Nitro Rallycross as we build it into a full global series,” Nitro Circus ringleader and NRX pioneer Travis Pastrana told DirtFish.

“NRX is an innovative and exciting race series and I’m excited to take it to fans around the world.

“With the 199 project off my plate, I can now do what I do best: design, test and race on the most progressive, exciting and fun tracks we can possibly come up with!”

Each round will take place at a purpose-built permanent venue designed by Pastrana and will feature similar design elements to the popular Utah course, such as jumps, banked turns, and a variety of surfaces.

From 2022, the series will expand globally, with five ‘international’ rounds joining the US events. Races in Europe and the Middle East are planned, again at unique, purpose-built courses.

In terms of cars, traditional rallycross Supercars will form the basis of the new series, with NRX aiming to attract established US rallycross teams as well as regular international competitors.

A separate electric category is planned for 2022 and beyond, featuring a new “transformational electric platform” that will be “unlike any car ever built”. Electric races will take place on the same tracks and on the same race weekends as Supercar races but will be separate competitions.

Further details on NRX’s planned electric platform will be revealed by DirtFish in the near future.

A full rebrand of NRX will also take place – showcased above – moving it away from the Nitro World Games-led branding of the 2018 and ’19 editions of the competition, and towards a new modern, forward-thinking approach that teases the series’ electric future as well.

A major announcement is expected from NRX organizers in the coming weeks, where further details of the new series are set to be revealed officially. 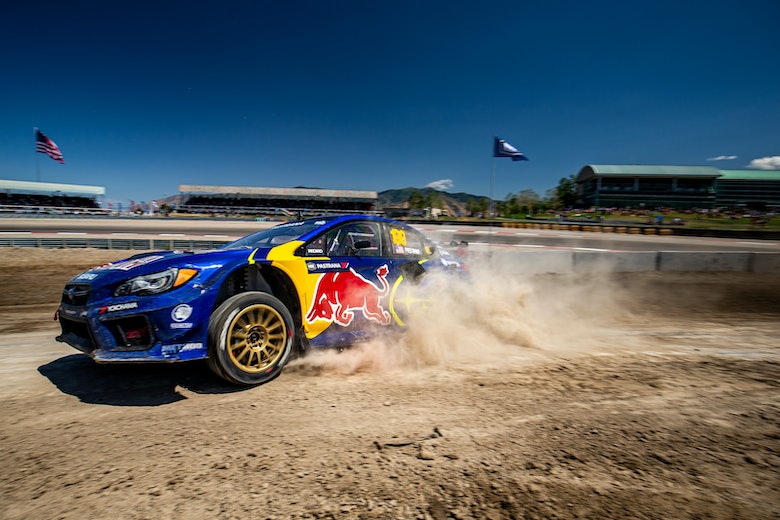