Subaru Motorsports USA has confirmed that Travis Pastrana and Scott Speed will form its driver line-up for the upcoming Nitro Rallycross season.

Pastrana’s return to the fold for his first full rallycross campaign since 2012 – although he missed that year’s finale – was a given since he is the mastermind behind the NRX concept.

“From the outset, Nitro Rallycross was always designed to be a thrill,” said the recently-crowned US rally champion.

“When I came back to rallying with Subaru full-time last year, one big goal I had was to bring to fruition this idea of what rallycross in America could be.

“A lot has changed in the world since then but now all the pieces are in place for us to deliver an amazing show and incredible racing!

“I know I’ll have my hands full with the drivers and teams we’ve assembled, but between me and Scott I’m confident we can win another rallycross championship for Subaru.”

Speed was another expected inclusion. The four-time US rallycross champion joined Subaru ahead of the 2019 Americas Rallycross campaign, and was on course for a fifth-straight title – which would’ve been Subaru’s first. However a back injury sustained at that year’s standalone NRX event at the Nitro World Games brought an early end to his season.

The NRX season opener on September 25-26 will mark Speed’s first rallycross starts in over two years. He has however raced recently, making a brace of appearances in the SRX stock car series over the summer.

“I’m excited to finally be back!” said Speed. “It’s been a long wait, but there’s no better feeling than getting in a race car again and being able to compete for a title. 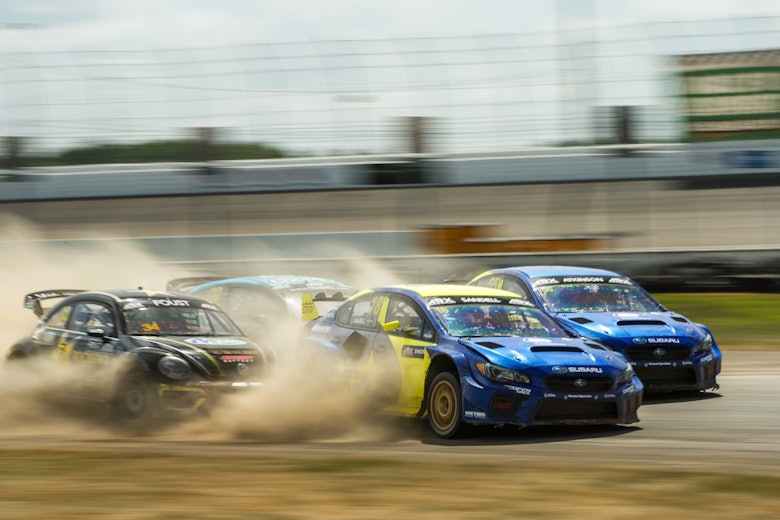 How a rallying icon became a rallycross superpower

“We have a fast car and the team has working hard on development for the new style of tracks we’re going to see, so Travis and I are expecting to be in the middle of the title fight right away.”

Confirmation of a two-car line-up for Subaru means that long-time drivers Chris Atkinson, who joined mid-way through 2016 and raced for the marque in the World Rally Championship, and Patrik Sandell – a Subaru driver since 2017 – will not be present when the season kicks off in just over a week’s time.

Sandell confirmed to DirtFish earlier this year that he didn’t have a deal in place for this season, saying he had “no offers on the table”.

The reason for Atkinson’s absence meanwhile is currently unknown.