Fraser McConnell began his 2021 season in Europe, competing in RallyX Nordic’s premier class, dovetailing that with a run in RX2e, World Rallycross’ new all-electric series. But with the year now into its ninth month, attention turns to his main focus for the season: Nitro Rallycross.

McConnell entered the final round of the Nordic season fourth in the points, but a strong run at Arvika – which included a stellar semifinal win – allowed him to overhaul seasoned Supercar runners Sondre Evjen and Niclas Grönholm to finish the year in second, behind only three-time world champion Johan Kristoffersson – the very driver he beat to his first Supercar victory earlier in the season at Nysum.

From there, McConnell made a fleeting appearance in RX2e, running in the first two rounds of the season. He made the final of both, finishing second in Sweden to cap off a superb season of preparation before his US campaign kicks off in earnest at Utah Motorsports Campus this week on September 24-25.

“That’s what we’re looking forward to the most this year,” McConnell told DirtFish about the upcoming, inaugural NRX season.

“Our main goal this year was to be in Supercar Nitro, but we wouldn’t have been able to do that without some practice before.

“And that’s exactly what we’ve been doing in Nordic, at the same time trying to build up points and fight for the championship but also prepare as much as we can for Nitro.”

Racing in the US will be nothing new to McConnell, who not only began his rallycross career there, but won the ARX2 title in 2019.

What will be different however is the radical new approach to track design that NRX will be implementing, doing away with the uninspiring, temporary tracks that the US has mostly utilized over the last decade in favor of a roster of dramatic, purpose-built courses.

“I’m going to definitely have to get used to flying,” he joked, referring to NRX’s signature gap jump at the Utah Motorsports Campus track. “My thoughts on Nitro is that it is the future for sure, and it can’t go anywhere but up. 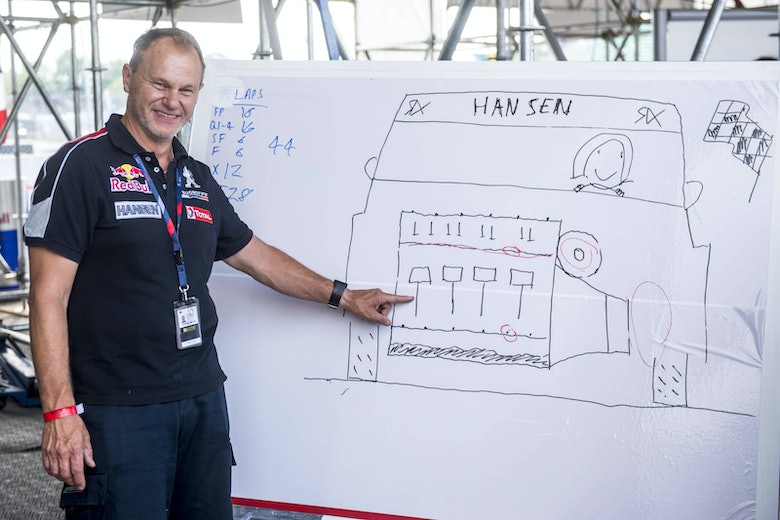 World RX and Nitro RX can help each other - Hansen

“I think it’s a great formula to bring rallycross to what it should be and bring TV and the viewership back to where it was, and where it should be.”

McConnell will race the same Ford Fiesta ST he campaigned in RallyX Nordic in NRX as part of a four-car Olsbergs MSE assault.