It’s been quite the year for Austin Cindric. He began it by winning the Daytona 500, and ended his NASCAR season by being crowned the Cup series’ rookie of the year. But of course, here at DirtFish we’re more interested in what happened after all of that.

One week after the NASCAR finale, Cindric returned to his roots, contesting rounds five and six of the Nitro Rallycross season.

Cindric is no stranger to rallycross. He spent a full season in what was then known as Global Rallycross Lites in 2015, winning four times en route to second in the points. He returned for two outings in the Supercar class two years later, taking a best finish of fourth.

Since then the discipline has undergone massive changes. Two different organizers have assumed the helm in America, the race format has undergone a number of evolutions, the tracks have gotten much more interesting, and the cars have gone electric.

After using rallycross to help him climb up the motorsport ladder, with his place in history now secured, Cindric’s return to his roots offers something of a unique perspective. But despite the wholesale changes since he was last here, Cindric felt he was back in familiar territory in certain regards.

“It’s honestly very surprising to me how much hasn’t changed, a lot of the people [are the same]; some of the structure obviously, obviously the race format, the tracks, the cars, those are all different,” Cindric told DirtFish.

“[There are] a lot of the same faces, so it was nice to see a lot of the familiar faces from the past and kind of [be] welcomed with open arms in a lot of ways and have a really casual weekend from a competitive standpoint but not a lot of it’s new, except for the driving. 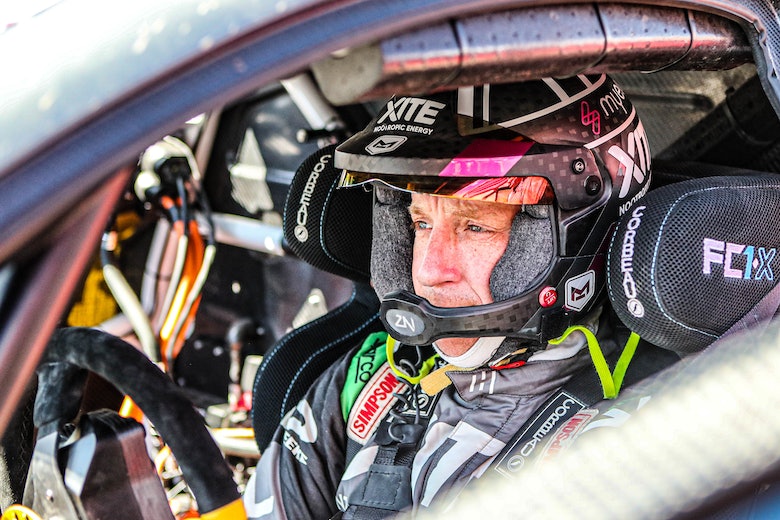 Could Nitro Rallycross be Meeke's next career move?

“The tracks are insanely different, I would definitely say that my forte in rallycross was never the dirt. I always felt like that was where I was having to improve the most and on a track that has all dirt, including the starting grid, I’m probably out of my comfort zone or at least pushing new boundaries for me or at least increasing my perspective. I think it’s good to get out of my comfort zone.”

The all-dirt track at Wild Horse Pass Motorsports Park is a wild ride, with the number of jumps rivaling its number of corners – something that required wholesale changes to Cindric’s approach to a lap.

“The jumps have been the biggest thing that’s caught me off-guard as far as not just the driving but how you set up for a lap, how does that change, how can you really affect yourself throughout the lap,” he said.

“You’re having to set up for turn two before you go over the gap jump, and there’s another step up jump after that, so I mean all those things.

“And then the line changing on the track, and you have to be pitched before you even land off the jump, it’s completely different.

“It’s completely outside my comfort zone. I feel like I have adapted to it reasonably well, just probably a little outside my expectations for the weekend if I’m being honest from a competitive standpoint. But a lot more newness than maybe I had anticipated.”

Cindric missed out on the final during both parts of the Phoenix double-header, coming achingly close in the second round of the weekend, only to be harshly excluded from the last chance qualifier which he would’ve almost certainly advanced from following the retirement of fellow NASCAR star Chase Elliott and a time penalty for Oliver Bennett. 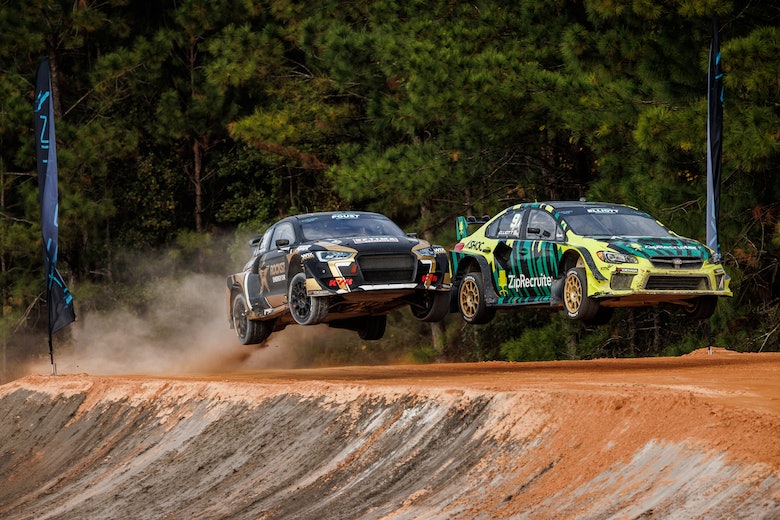 You could argue it’s no surprise for a NASCAR driver to cameo in an electric rallycross series, but Cindric quietly expected a repeat of his Seattle double-header performance in 2017 where he built himself up on day one with an eighth place finish before improving to fourth in the second final. Phoenix didn’t quite follow that script.

“I was [expecting a repeat of Seattle] and that was my mentality – come in on the first day and really learn and understand, and try to build as much as you can, and then really go for it the next day,” he said.

“Whereas I would say Saturday was the first day I actually focused on making a corner better. The rest of it was figuring out the jumps and trying to understand how to land and what to do.

“I didn’t focus on the corners until Saturday so I feel like I’m starting to really get to the point where I have to worry about the fine details – track conditions, how to set up yourself, maybe the gearing depending on the conditions so all of those things are quite important.”

Coming from a world of ground shaking V8s, the all-electric FC1-X was another thing to adapt to. But while there’s the obvious sensory unfamiliarity, Cindric highlighted the other difficulties brought about by going from combustion to electric.

“The weirdest thing is the starting grid,” he pointed out. “If you screamed my name from the stands, I’d hear ya.

“And that’s… it’s not unnerving, but you get anxious, like ‘I’m ready to go, let’s do it’, and you kind of have to remind yourself that you’re about to start a race, be prepared, be ready, and then the things that you cue off of and the torque makes it really hard for me to feel when I’m slipping and when I’m not.

“But also even when you have low speed, not to rush the throttle because you don’t have to wait on bog or turbo lag, it’s all there immediately so those types of things are probably the biggest changes for me other than some of the procedural side.”

Cindric was classified 10th on the first day and would have been scored no lower than ninth were it not for his penalty, but ultimately wound up 11th for the second event of the weekend.