The moment finally arrived. Fraser McConnell competed on the biggest stage of his career at the Nitro Rallycross season opener last weekend, and he did anything but disappoint.

Quickest in the opening practice session with the fastest single lap-time over the weekend, McConnell was instantly a fixture in the top-five, crossing swords with the biggest names in US rallycross right from the off.

Of course, none of this should have been a surprise. A rapid rise through the rallycross ranks has produced an ARX2 crown and two championship challenging assaults in RallyX Nordic, widely regarded as the most competitive regional rallycross series in the world.

“We were using Nordic to prepare for Nitro. It was the biggest stage of my career so far [and] I think we had a really good showing,” McConnell said.

“We knew we were going to be up there fighting for wins and podiums before we got there so that’s the mentality I’ve been going with for the last year or so and it’s just trusting in my instincts and my craft.”

Part of that preparation phase in RallyX Nordic involved testing and development of the latest iteration of Olsbergs MSE’s Ford Fiesta Supercar, along with team-mate Kevin Eriksson, to improve the car’s overall driveability. 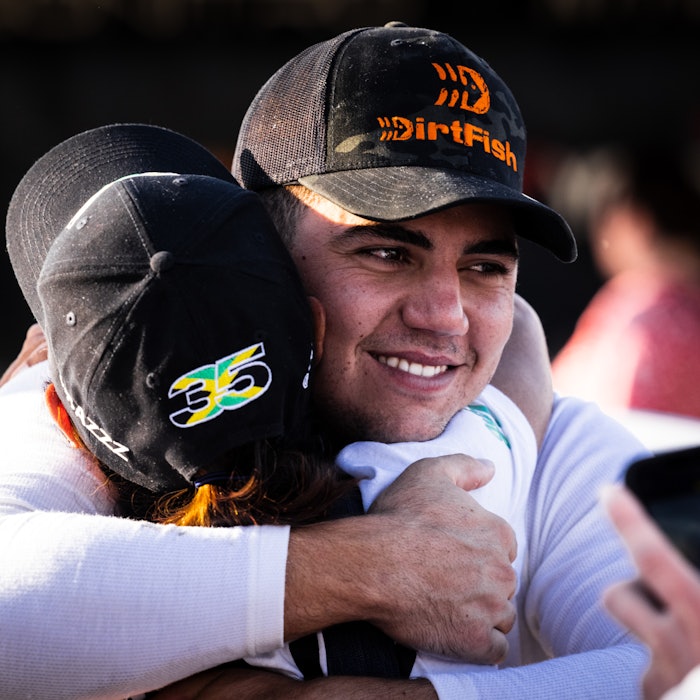 I really, truly believe in my talents and all the work I’ve been putting in Fraser McConnell

The work paid off, with McConnell and Kevin’s brother Oliver often among the fastest drivers in the field across the weekend. Although, as was the case with a few other teams, launches proved to be something of a sticking point thanks to the team’s lack of data and previous running at the high-altitude track.

“Launches were the trickiest part of the weekend for everyone and that’s something we had to adapt to and change because that’s what really made me lose out to [Scott] Speed in the battle, was that we had a bad launch,” McConnell explained. “The car bogged and if you look at the gap that I lost from the start was the same that it was at the finish.

“So that was a shame, but we learnt from it and the next day we took most of the starts pretty well.”

Speaking of Speed, the four-time US champion became something of a nemesis of McConnell’s over the weekend, with the pair going head-to-head no fewer than three times en route to the final – all proving to be nail-biting contests too.

However, accustomed to doing battle with three-time world champion Johan Kristoffersson over in Europe, McConnell was well prepared.

“[It’s] really cool to look at off-track but when I’m on track it really doesn’t matter who is beside me, it could be a multiple world champion, it could be a rookie and I’m going in there with the same mindset every time to give it my absolute best and make sure I finish in front of them,” he insisted.

“Of course, I really, truly believe in my talents and all the work I’ve been putting in developing my racecraft to be fast and being aggressive when I need to be and then calm the car down and being smooth and neat when I need to be, so it’s all part of my gameplan to be the best driver in the world.” 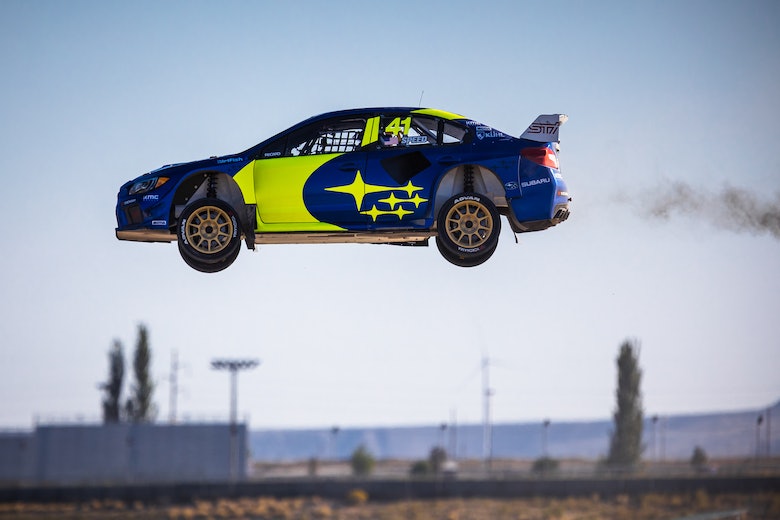 Looking ahead to the next round this weekend at ERX Motor Park in Minnesota, McConnell is full of optimism that he won’t only be competitive but will also have a hugely enjoyable weekend – something that has been key to NRX since day one.

“The next track is, I think, going to come down to a lot of the drivers adapting really quickly,” he said. “Some of the teams have tested there already which starts us at a disadvantage but that’s definitely one of my strong points, is going out there and learning and adapting to a track quickly.

“It looks amazing. It’s probably going to be the second most fun track if not the funnest track.

“I’ve never had that much fun in a car before,” McConnell added, thinking back to round one in Utah. “Honestly, from all the other driving, I’ve never done a lap and been smiling the whole time. It was crazy.

“ERX looks even wilder – I think you have a 150-foot jump, but no gap in-between so it’s not as intimidating, but cars are going to be flying and it’s a lot of dirt, which I love. We’re going to get to throw the car sideways and put the throttle down to the floor and just have it open the whole time.”

One thing he’ll definitely be able to count on is his ever-supportive family and passionate fan club, which rejoined him trackside for the first time in two years last weekend.

“They are the best in the world! They haven’t been to a race in two years, and I haven’t had fans at a race like that magnitude in a long time as well,” McConnell said.

“It was great having fans there to start, and then having my fans there and my family and that whole cheering squad, I think we took over like two full grandstands with Jamaican flags and the whole crowd was so receptive and open to cheering me on.

“I think even mom and dad were going round giving out flags. One guy even said ‘I drove all the way down from California, like eight hours, to come and watch Fraser. I’ve been following him since 2018 in ARX and I wasn’t going to miss out on him competing on this stage,’ it was really cool to see that, turning some heads and getting some Team Frazz fans all over the world, so that was really encouraging.”