The Latvian will team up with reigning European Supercar champion Robin Larsson at the former JC Raceteknik team, which will have world championship-winning squad EKS as a technical partner.

“I’m excited for a new season with a whole new team,” said Baumanis.

“JC Raceteknik and Robin showed last year that they had a good pace in Euro RX, so this year I think we will be even stronger with two good cars in World RX.

“I can’t wait to get into the latest spec EKS Audi with the latest shock absorbers from KYB.

“Robin definitely knows the car better than me, but hopefully I can be near his pace as soon as possible.” 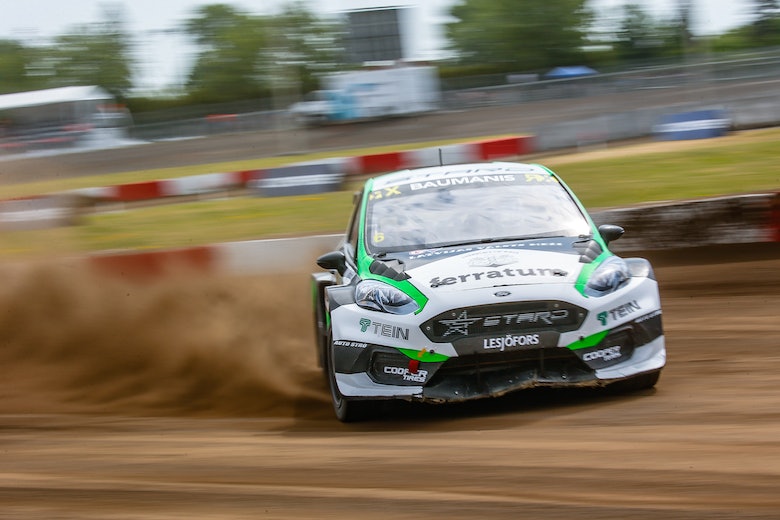 Baumanis, the 2015 European S1600 champion, has raced in World RX full-time since 2016, firstly with MJP Racing Team Austria, and then with STARD for the last three campaigns.

He notched up his first two podiums in the category last season with a third place in Norway and a second place in Canada.

“My previous seasons in World RX have been pretty tough,” he said. “After four years driving a Ford I’m very excited to change to Audi, it will be a big step that will be quite challenging for me.

“During the first races there will of course be a bit more focus on the learning process in the new car, but then the goal will be to start from the front of the semi-finals.

“Of course, the dream is to win. I know it will be difficult, but with fast cars and a good team, there is always the opportunity to make it happen.”

The 2020 World RX season is currently on hold due to the ongoing coronavirus pandemic, with the season opener in Spain and the second round of the year in Portugal both on hold.

Should the event go ahead, the season will kick-off on May 16-17 at Spa-Francorchamps in Belgium.