The World Rallycross Championship says its event at the Nürburgring on July 31-August 1 will go ahead despite the flooding that has devastated much of western Europe.

More than 150 people have died in what is the worst natural disaster in Germany for nearly 60 years, with 110 of those fatalities coming in the Rhineland-Palatinate region where the Nürburgring is situated. Austria, Belgium, France, Italy, Luxembourg, the Netherlands, Switzerland, and the UK have also been affected, with the overall death toll close to 200.

But the Nürburgring has escaped much of the widespread damage caused by the floods, which began a week ago, and in a statement provided to DirtFish the World RX organizer said it expects the double-header to take place on its originally planned dates.

“The information we have from the Nürburgring is that there is no damage to the circuit and it hopes to run the rallycross as planned,” read the statement from the new World Rallycross promoter. 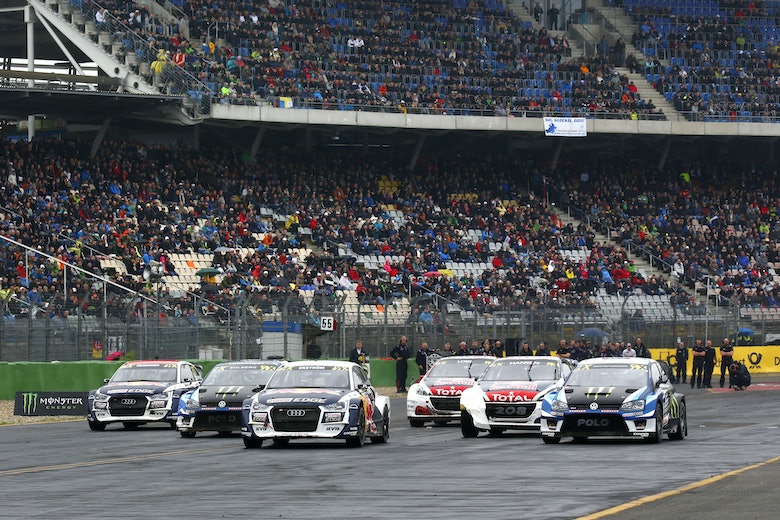 “We will keep in touch with the circuit and update everyone when we have new information.”

The Nürburgring was set to join the World RX calendar last year, having previously hosted the FIA Inter-Nations Cup in the early 1990s, but despite a calendar shuffle that round was scrapped late on in light of the coronavirus pandemic.

Rallycross Promoter GmbH has also confirmed that September’s trip to Latvia will become a double-header in order to negate any potential cancellations that could be on the horizon due to the pandemic, although it stressed that it has “full confidence in the organizers and venues on the schedule” that the other events would remain in place.

The change returns the planned number of events to nine following the earlier cancellation of the round in Norway. A further round will also be added to the schedule, which for a second year in a row is due to take place exclusively in Europe.

“We are delighted to confirm that Riga will now play host to two rounds on the 2021 World RX calendar,” said Arne Dirks, executive director at Rallycross Promoter GmbH.

“The Latvian organizers proved last year that they are more than capable of successfully staging a double-header event, and it means fans can look forward to even more exciting action this season around the Biķernieki circuit, which has invariably generated spectacular racing since joining the World Championship in 2016.

“We have no doubt that September’s event will deliver more of the same.”

Raimonds Strokšs, director of the Latvia round, added it was “fantastic news” that Lativa was doubling up, highlighting that the 2021 World RX title is likely to be the last that will be won by a combustion-engined car before the series begins its switch to electric vehicles from next year.

“For two days, spectators at our race weekend in Latvia will have the opportunity to follow twice as many races and twice as many intriguing semi-finals and finals,” he said.

“The 2021 World Championship title will be won in a car running an internal combustion engine, and spectators have been given a unique opportunity to enjoy these cars for the final time before World RX moves forward and switches to electric vehicles in 2022.”