Formula 1 and IndyCar, World Endurance Championship and IMSA… I could go on, but you already get my point – having two comparable series from Europe and North America is neither a new thing, nor a bad thing.

Nitro Rallycross kicked off recently boasting an influx of European-based entries, despite being exclusively an American series (for this year at least). Meanwhile the Europe-only World Rallycross Championship is undergoing a rebirth of its own with a new promoter and broadcast package but a dwindling entry list.

The early success of the new boy while the established series appears – at face value at least – to be faltering has naturally brought about comparisons from rallycross’ hugely fervent fanbase.

But is there any point in doing that?

Let’s start with what each series is and what they aim to do. World RX is an FIA-endorsed world championship. That puts it on par with the World Rally Championship, F1 and WEC in terms of prestige – at least on paper. 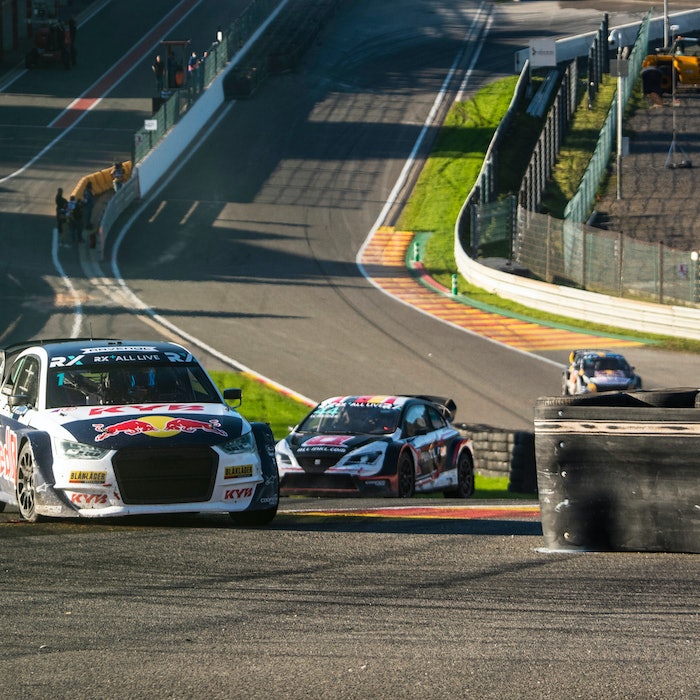 It’s only been around since 2014, spinning off from the popular but niche European Rallycross Championship, but the clout of being an officially recognized world championship gave the young series instant credibility.

As Kenneth Hansen told DirtFish recently: “The world championship has a title, it has an FIA title, it has a crown there, which is a big value, that’s something that overcomes all of the other series, in my opinion.”

Nitro RX meanwhile is no less credible, but it’s a different machine. Developed by the same minds behind television and live entertainment juggernaut Nitro Circus, it’s all about entertaining in a sporting context, whereas World RX is a sporting series that happens to be entertaining by its very nature.

Those differences mean that one – World RX – will always have a traditionalist fanbase. They know what they want, and they expect to get it.

Nitro RX meanwhile is aiming to bring in a new audience entirely, one that wants to be entertained, regardless of what might’ve happened in the 1980s. 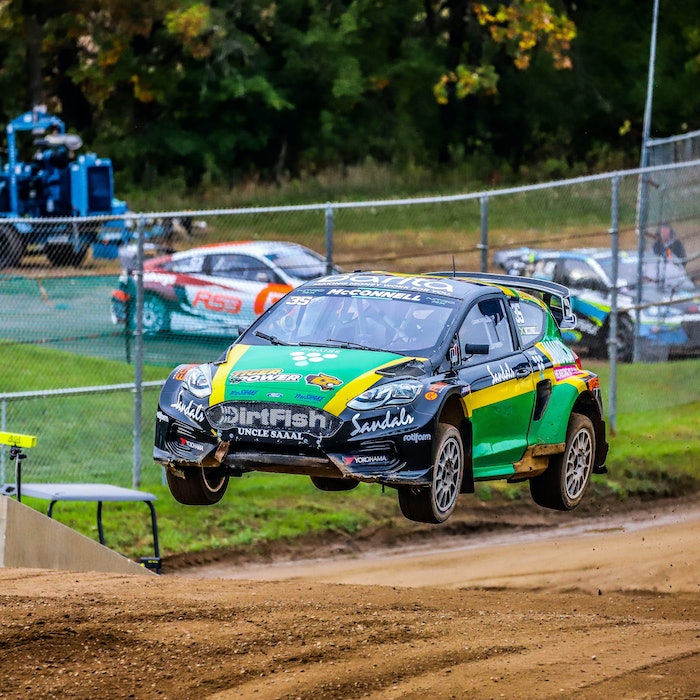 PENALTIES, A SECRET WEAPON AND A VIDEO-GAME STYLE TRACK

Fraser McConnell paced himself at ERX, but got right into battle and made use of a new Nitro team-mate

That gives it the scope to experiments with race formats, track configurations and more without as much of a critical microscope looming over it. And we’ve seen that already. Utah’s crazy banked turns and massive gap jump and the roller coaster-like mostly-dirt track at ERX Motor Park have both been a huge departure for traditional rallycross and have been welcomed by fans and drivers alike.

Yet when World RX has brought in different kinds of tracks, they’ve been met with disdain more often than not. Sure, the likes of Abu Dhabi, Silverstone, and the reduced dirt layout of Spa-Francorchamps from last weekend aren’t exactly as dramatic as Utah or ERX, but one wonders if they’d debuted on the Nitro RX schedule, would they have been met with the same criticism? Would people have been more open or accepting?

Then there’s car counts. Nitro RX has made a big bang with its bumper entry list, the biggest in the US for some time. Boosted with some of Europe’s bigger teams, Nitro RX has had no fewer than 14 cars in its first two events, while World RX has suffered with lows of 10 cars at times. Is that a reflection on each series’ health? No. Not in the slightest. 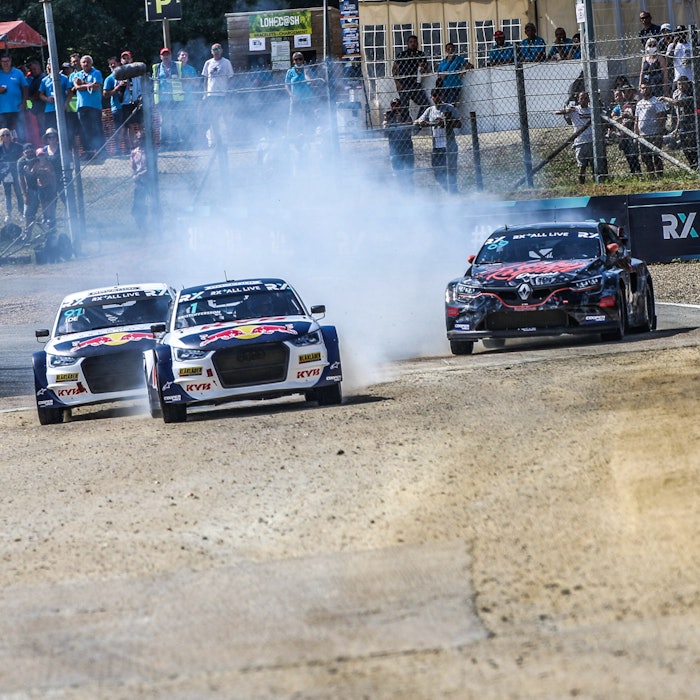 From next year World RX will be exclusively electric, meaning that many teams are looking to the future. The series organizer have said that a minimum of 14 cars should be in the grid in 2022, which is an improvement on what we have now, and given the massive costs involved with buying, running, and maintaining a Supercar (or RX1 car as we have to call them in Europe now), it’s no surprise that some are unwilling to commit to such a financial outlay for such a short time.

Supercars have a future in the short-to-medium term in the US. Electric cars will arrive next year, but as a second class alongside the main game, not as a replacement. So the fact that Supercars are being run in numbers in America isn’t merely a case of one series being healthier than the other, it’s just practical for those thinking ahead.

There’s no question that Nitro RX has made a strong start, it’s free broadcast package also helping it bring in that crucial new audience while World RX hides behind a paywall and is only realistically expecting to be seen by those who are already aware of it. But again, they’re very much two separate things.

One wants to be a clean-cut, serious world championship, the other wants to be the most engaging sports entertainment package available. Both mean something, both are good to watch in their own right, and both certainly have the scope to exist side-by-side.

Maybe when Nitro RX expands with multiple international rounds in 2022 a like-for-like comparison might be more apt, but for now, let’s just enjoy having two premier rallycross series after years of the discipline stuttering at the top level. 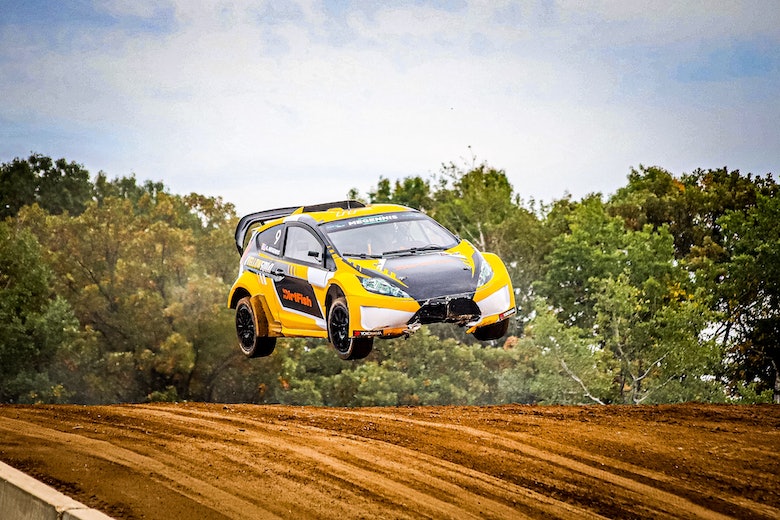 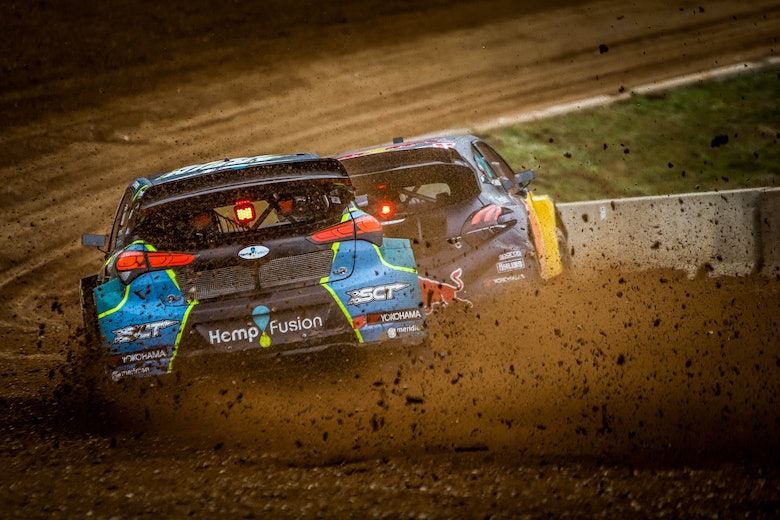 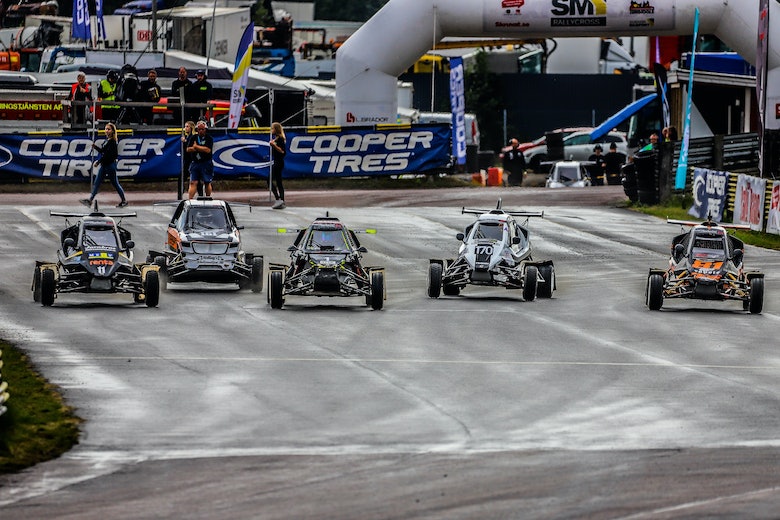 The title that was decided by 0.042 seconds