Snoqualmie, WA, April 6, 2018 – DirtFish is proud to announce its continued support of Formula 4 Driver, Benjamin Pedersen, and the Global Racing Group. Thanks to the partnership throughout 2016 and 2017, both DirtFish and Global Racing Group have seen increased success in the areas of business and racing. Benjamin has shown his skill and fortitude behind the wheel of his F4 US Championship race car, winning multiple races and finishing 2nd place in the 2017 FIA Championship Points Standings.

I’m excited to continue my partnership with DirtFish for the upcoming FIA F3 Americas Championship, as well as the FIA F4 US Championship!” says Pedersen. “The support has been amazing and I look forward to my future cross-training out at DirtFish!”

For the last two seasons, Global Racing Group has built a team with the goal of developing young drivers from the ground up, giving them the tools to build a professional career in motorsports. Using a multitude of racing disciplines and platforms, including open-wheel, GT, Rally and Rallycross, they are able to expose their drivers to different car control situations to aid in their success. Global Racing Group doesn’t solely create skilled drivers; they cultivate well-rounded drivers who are the full package by teaching them skills surrounding their personal brand, lifestyle, media coverage and values. Once finished working with Global, the young drivers will be an asset to any team they race for in the future.

Global Racing Group Owner, Christian Pedersen said, “Providing the drivers in our racing and development programs with diverse training is essential and our partnership with DirtFish continues to prove very effective in training and preparing our F3 and F4 drivers for driving in slippery and wet conditions. When we race in the rain, we want to make sure our drivers feel comfortable with excessive sliding and strong car control, and that’s exactly why our partnership with Dirtfish is so critical to us!”

In 2017, each driver on the Global Racing Group’s team completed a Three Day Program at DirtFish, exercising and refining their technique on loose surfaces, to which the entire team agreed that the skills taught really did translate to better overall car control skills. This year, the drivers plan to take DirtFish’s Advanced Three Day Program, which focuses on more technical exercises with higher speeds and bigger consequences on roads not seen in the regular Three Day Program.

DirtFish General Manager, Malli Sheaffer says, “DirtFish and Global Racing Group’s vision align perfectly in terms of developing drivers to create a well-rounded, wholesome competitor. To work with excited, talented drivers in a variety of motorsport disciplines is part of DirtFish’s fundamental values, and I am thankful that we are able to work with such wonderful young men like Benjamin and the Global Racing Group drivers in particular. Benjamin had quite the year last year and we are very excited to partner with Global Racing Group again for 2018.”

DirtFish is a year-round organization operating in every type of condition a rally driver will face, so the challenge of high-performance driving on gravel, mud, and pavement places extreme demands on tires. This provides an excellent opportunity for the Global Racing Group drivers to hone their car control skills and transfer them to any car that they are behind the wheel of. The goal for DirtFish is the help all drivers become more confident while they are on the road, race track or rally stage. 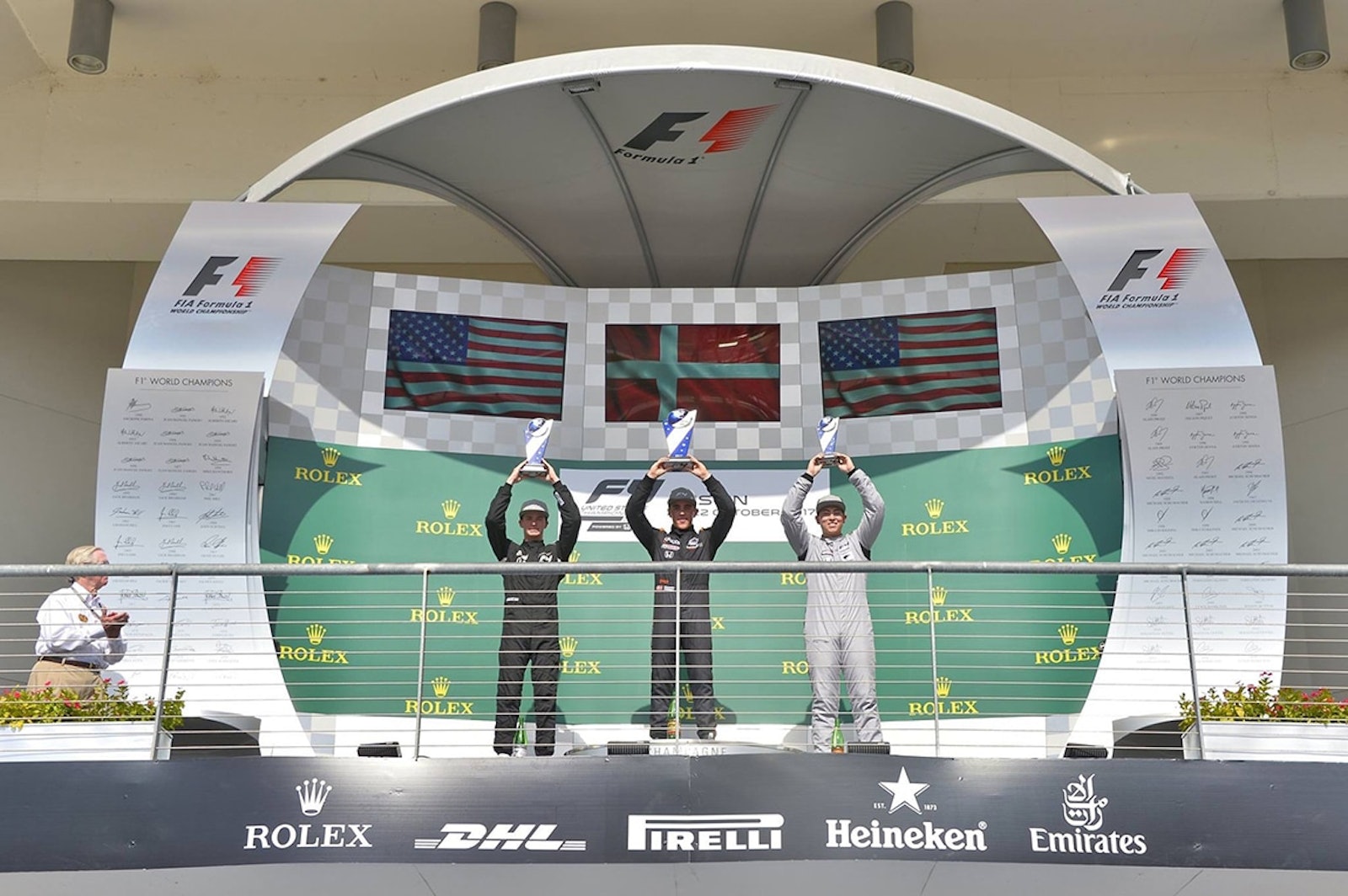 Nestled in the foothills of the Cascade Mountain Range and just a mere 30 miles from Seattle in the scenic town of Snoqualmie, WA, DirtFish Rally School was established in 2010 with the idea that the exciting sport of rally should be accessible to everyone. More than just a rally school, DirtFish recognizes that

advanced car control skills taught on loose surfaces like gravel and mud directly translate to track, desert, autocross or street driving. Professional DirtFish instructors pride themselves in teaching car control, confidence and safety behind the wheel through various driving techniques built from the roots of rally. From 15 years of age with a learner’s permit, all the way up to the sophisticated age of 90, DirtFish has a program for everyone!

They mastermind the best race, rally and rallycross driver development programs in motorsport and their cross-discipline approach to shaping the world champions of the future is what makes them unique. Outside of the cockpit, Global Racing Group also provides marketing consultation and sponsorship activation services to businesses and brands that want to harness the power of motorsport to achieve commercial success

Find DirtFish on social media at: