Have you ever watched a Red Bull Global Rallycross race and heard the announcers talk about how quickly the Supercars can accelerate? If you haven’t, the Supercars have the ability to accelerate from zero to sixty miles per hour in less than two seconds. This is not a typo! They can literally go from a standstill to highway speeds quicker than it takes you to read this sentence. To put this in perspective, the Porsche 918 Spyder, the Tesla Model S P100D and the Bugatti Chiron are the three fastest accelerating production cars on the road today. All three can reach sixty miles per hour in two and a half seconds or less. Which, let’s be honest, is absolute insanity! These mind-bending times are achieved by using a computer-controlled technology called launch control.

The companies that use launch control on their cars all do it a little bit differently. However, the ultimate goal remains the same, achieving the perfect start to maximize the power being pushed from the engine to the ground, by controlling the amount of wheel-spin. Speaking from experience, they all do this very well! A couple of years ago, I had the opportunity to take a ride in a Porsche 918. I came away from that experience thinking I would never feel acceleration that insane again.

Boy, was I wrong!

Following the Red Bull GRC Seattle, Subaru Rally Team USA brought their rallycross cars to DirtFish for re-prep. Once they completed the re-prep work, the engineers put the cars through their paces to ensure everything is functioning properly. They offered to take a couple of DirtFish employees for a ride during the shakedown, so I hopped in! Let me start by saying that I have never felt G-forces like that in my life! It was completely mind-bending and doesn’t seem like it should be possible… But, it is and I want more of that feeling in my life! 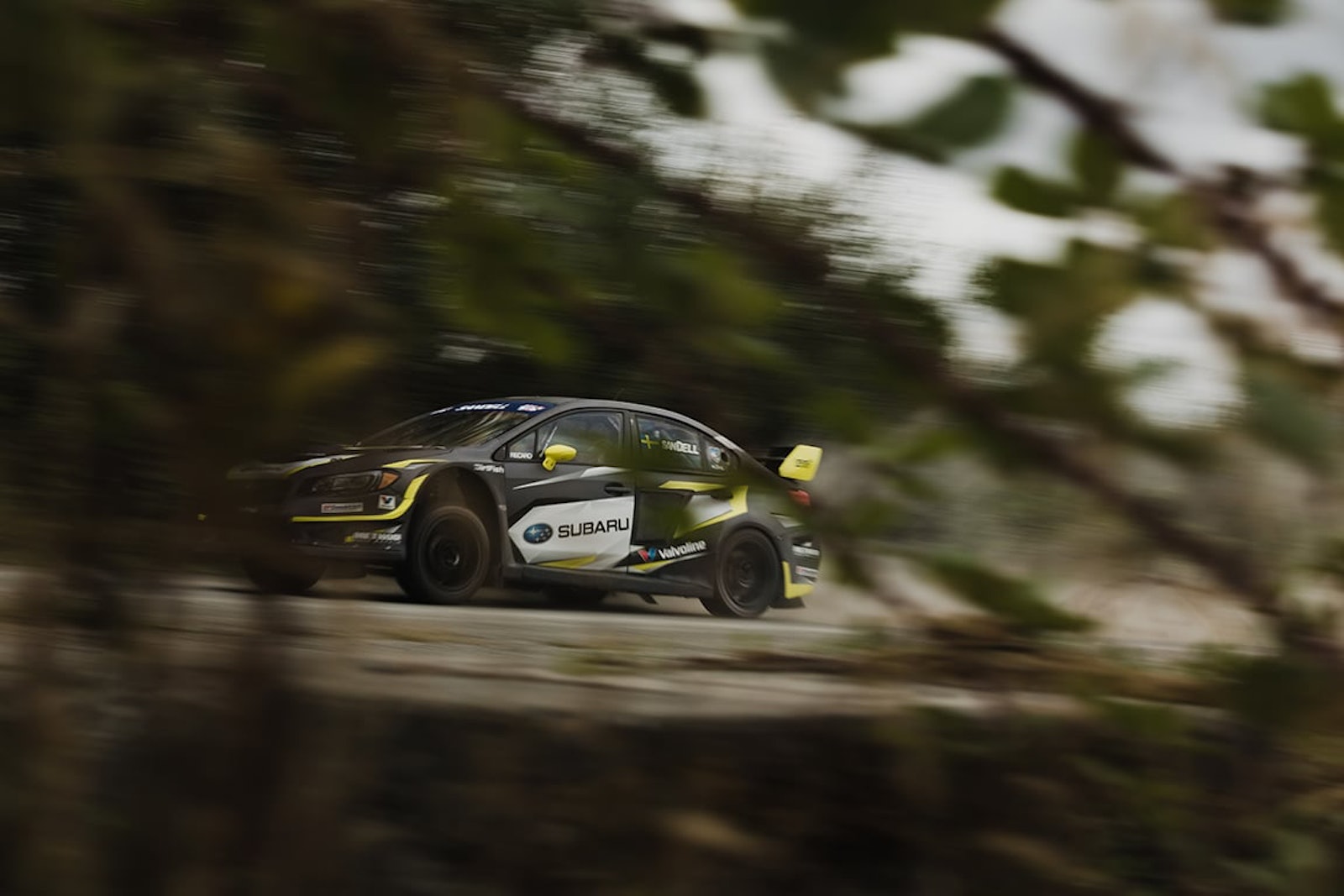 I began to wonder after taking the ride what it actually takes to make a Subaru WRX STI accelerate so quickly. So, I began poking around and asking the SRTUSA bosses and engineers a few questions. Understandably, there are a few secrets that Engine/Drivetrain engineer, Dan Farley, wasn’t willing to share.

Let’s begin with the basics of how the launch control system functions in the rallycross cars. The base launch control is essentially a secondary rev-limiter for the engine that is activated when the driver holds down a momentary switch on the handbrake. This makes changes to the fuel injection and ignition mapping to keep the engine speed and boost pressure at a targeted level, creating the ideal amount of torque for accelerating as quickly as physically possible.

With the massive amount of horsepower and torque produced by the engines fitted to the rallycross cars, you could imagine how challenging it would be to efficiently put the power to the ground without stalling or simply dropping the clutch and doing a four-wheel burnout. When asked about this potential problem, Dan responded, “This is difficult. With the new GRC regulations, we are only allowed to use the launch system for 0.15 seconds after the lights turn green.” So, the team needs to take into consideration the transition from the launch map back to the normal race map to limit the amount of wheel spin. There are also numerous other factors that must be constantly monitored including the track temperature, surface condition, weather, and the human element. Don’t forget that a human is in control of modulating the throttle and clutch pedals, so it is very important to have a driver who is very smooth (and is able to use and feel “the force”). 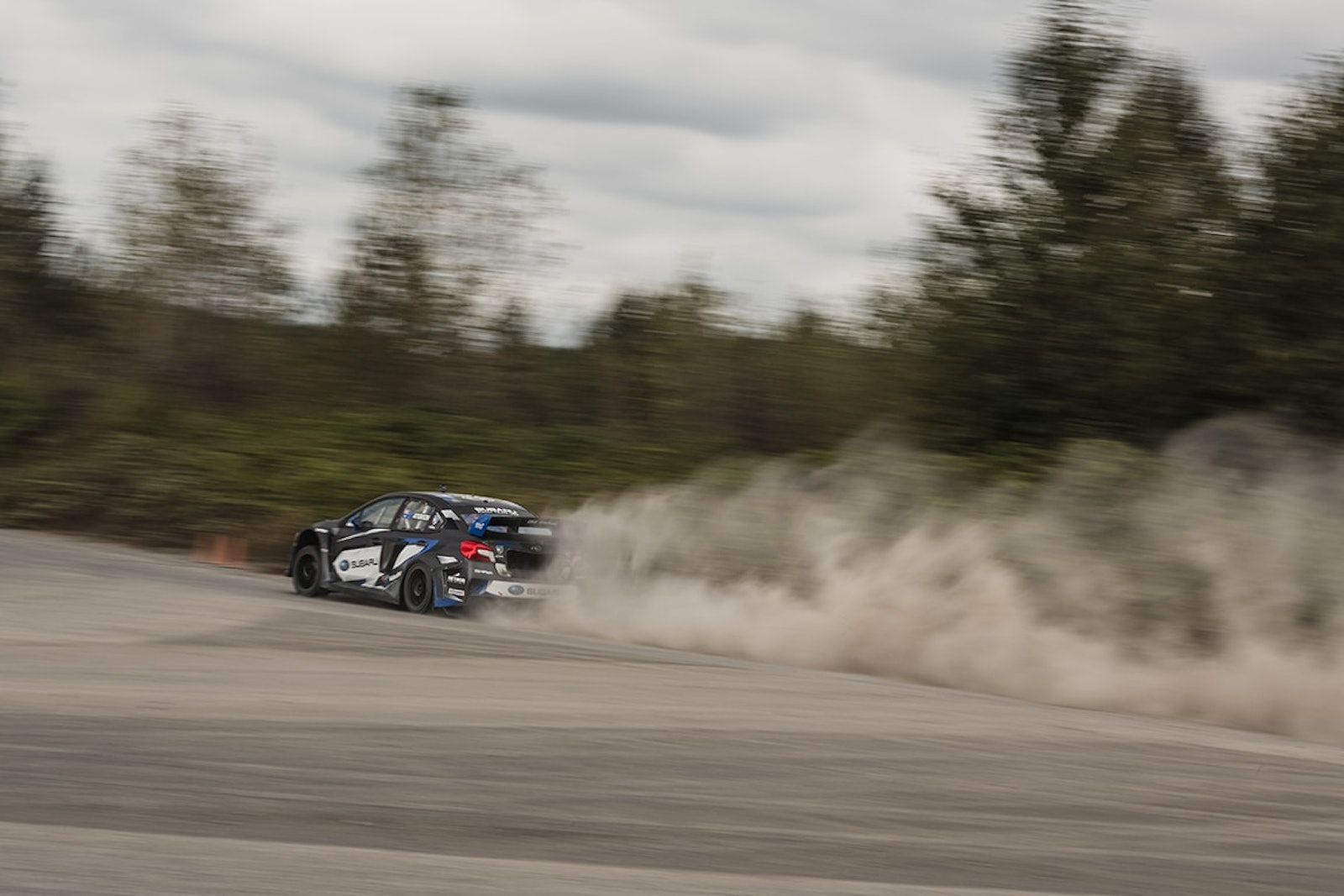 One of the craziest sensations, when you’re riding in the car, is how much you can actually feel the small amount of wheel-spin that happens before the tires hook-up. Quicker than you can process what is going on, you feel like you’re being shot out of canon not wanting it to ever end!

When I felt what the acceleration was doing to my body, it made me think about what the car must have been going through. I asked Dan what the team needed to engineer for the car to ensure it could withstand the forces created by the engine. He responded by saying, “The torque generated from the engine is already known thanks to the in-house engine dyno at Vermont SportsCar. From the engine, we are able to follow the path of the torque through the driveline and consider the forces acting at different points, which allows us to correctly design components”. He continued by saying, “The biggest unknown is the wheel-to-wheel contact that can occur in GRC, which can be very violent to the suspension and driveline. Dealing with all of that mainly comes from experience”. 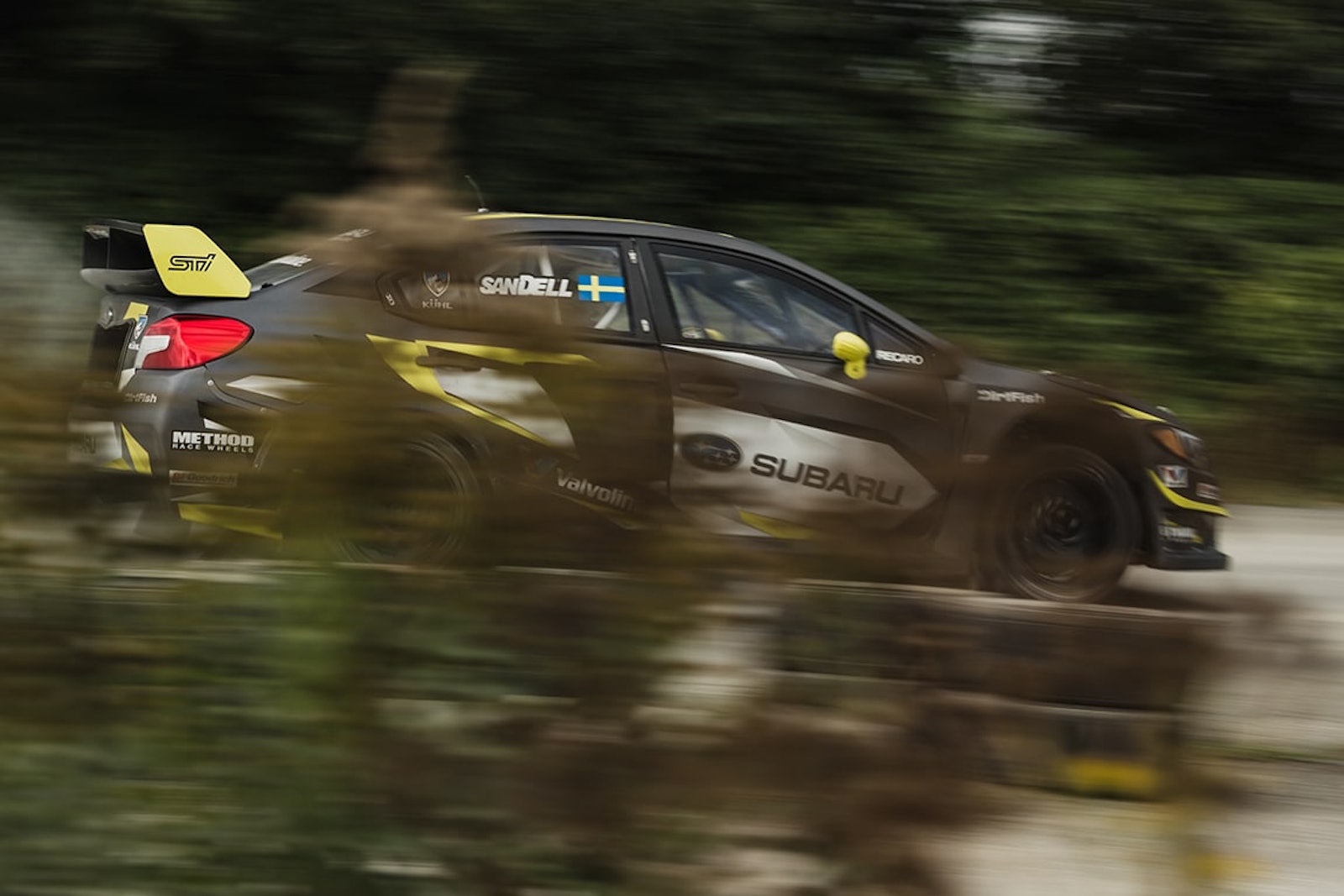 The SRTUSA rallycross and stage rally cars differ quite a bit aside from how they look. The engine, suspension, the wheels, tires, and even the actual structure of the car are vastly different. This goes all the way down to the launch control and other systems. Because of restrictions put in place by Red Bull GRC, the launch control that is equipped to the rallycross cars is limited and relies on the driver more compared to the rally cars. The base setup for both cars is very similar, however, the regulations of stage rally allow the launch system to use a fly-by-wire throttle and wheel speed sensors to help control the wheel spin (similar to a standard road car). The rallycross cars rely more on the skill of the driver being able to smoothly modulate the clutch and throttle to be their own “traction control”.

Thanks to Dan Farley at Vermont SportsCar, we now know that there isn’t any witchcraft involved, but there is a vast amount of engineering and design that goes into creating the launch control system for the Subaru Rally Team USA cars.