Teaching is what we do at DirtFish. It’s our raison d’être. Our meat and drink. But lessons in Snoqualmie’s most famous school have, until now, always involved a steering wheel.

Rallying’s most famous co-driving couple Rhianon and Alex Gelsomino have changed that. Seven years ago the Gelsominos identified an opportunity to share some of the experience they have gathered via competing on almost 450 rallies.

Alex explains: “Fifteen years ago, I was going to compete in the WRC and I realized I needed some help. I called Phil Mills and said: “Could I come and see you in Wales?” He said yes, so I paid him and spent a couple of days working with him. I did the same with Chris Patterson and when I was going to Finland with Jakke Honkanen.

“This kind of one-to-one training was great, so helpful. But it wasn’t something that was widely available. Rhianon and I were thinking about this and talking about what we could do – the sport of rallying is so young and it’s something we really feel we can help explain.”

OZ Rally Pro was born to deliver co-driver training at all levels.

“It’s not just for co-drivers,” says Rhianon. “We get a lot of drivers coming to us looking for help with the recce. Not long ago we worked with a driver who had started more than 80 events. By the end of the day, he turned to us and said: ‘I’ve been doing it wrong for so long…’”

Ordinarily, OZ Rally Pro teaches out of the Gelsominos’ home state of Idaho, but they make regular trips to Australia and New Zealand for coaching as well.

“Idaho’s perfect,” says Rhianon. “Our base is just five miles away from the Idaho Rally stages, so we get the chance to take people out to make notes on real stages.

“A lot of the time we’re working one-on-one – that’s the best way to really deliver for a customer. It means we can focus completely on their needs and tailor the delivery of the program as it unfolds. For example, if somebody’s struggling to get the most out of the video analysis then we can make sure we spend more time on that.” 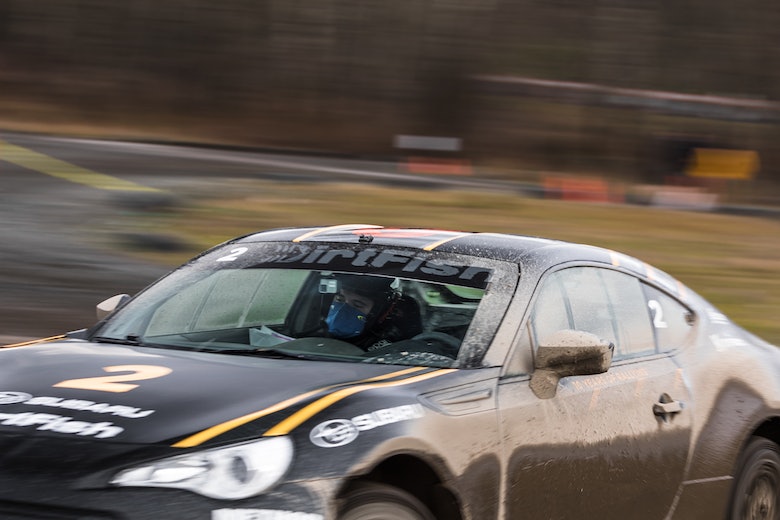 For the one-to-one sessions, around 70% of the time is spent in the car working on an imaginary recce, preparing notes and just going through the form and function of a rally.

“We cover everything,” says Rhianon. “It’s not just about making notes, it’s every aspect of co-driving, including how controls work, reading the roadbook, everything. For co-drivers, we work with people who are new to the sport, but we also do a lot with more experienced competitors.

“Alex and I have a lot of experience from the World Rally Championship and from competing all over the world. It’s great to be able to bring that experience together and use it to help others.”

As a former PE teacher in her native Australia, Rhianon’s no stranger to directing students. But even she admits she’s still learning.

“My dream was always to make it as a full-time WRC co-driver,” she says. “I’m still chasing that one, but the next one was to have a factory contract with a manufacturer.”

That box is well and truly ticked with a seat alongside Travis Pastrana for Subaru Motorsport USA.

“Working with a manufacturer is different,” she says. “Somebody’s doing more of the logistics for me, but I still like to produce the same rally book

“I always did. I put this together for every rally, it’s good for Travis to have to hand – it tells him and other people in the team what they need to know about the rally: the itinerary, where the stages are with maps and things like that.

“I like to know all the information is there.”

And Pastrana’s learning from Rhianon too.

“We’re doing a lot more video analysis now,” she says. “We’re really working on his notes. When we started, we were on version one – I’d say we’re on version five now.

“Basically, we’re doing a lot more homework, but Travis is really keen to learn. He’s just telling me: ‘Teach me, Rhi!’ and that’s fantastic. It’s great to work with him and with a team like this one.”

Refining notes is vital for a successful co-driver.

“You want as few words as possible,” says Rhianon. “Why would you say ‘small crest’ when ‘brow’ works just as well? Another one is to say ‘don’t’ instead of ‘don’t cut’. This one reduces the number of words and it takes away the word ‘cut’ if the driver had misheard, he might not catch the ‘don’t’ and then cut the corner.

“But, as much as you want to keep the number of words going into your driver’s brain as low as possible – so much of what a co-driver does it about the flow.

“Reading notes isn’t like reading a book of words, you can’t just spit them all out. You have to have to have a feel for this and it’s vital co-drivers know where to take a breath. For example, we know a hairpin is like a comma in notes – it’s somewhere you can take a brief pause.”

It’s gems like this that mean the Gelsominos are booked up for the next two months. With 260 satisfied customers already served, they’re looking forward to the future.

“It’s really busy now,” says Alex. “We have a waiting list for people; last year was difficult with coronavirus. We shut down in the spring and then things started to get moving again in the summer. We did try to do some of the work online, but it doesn’t really work. It’s hard to do that when you’re working in the car as much as we are.”

One of the many benefits of the Gelsominos’ association with DirtFish is the chance to put theory into practice.

“The facility is top class at DirtFish,” says Alex. “We do the work, the theory in the classroom and then we can actually get out onto stages and have the guys actually reading notes in a rally car. That’s so valuable, it works really well and it’s another reason DirtFish is such a good partnership for us.” 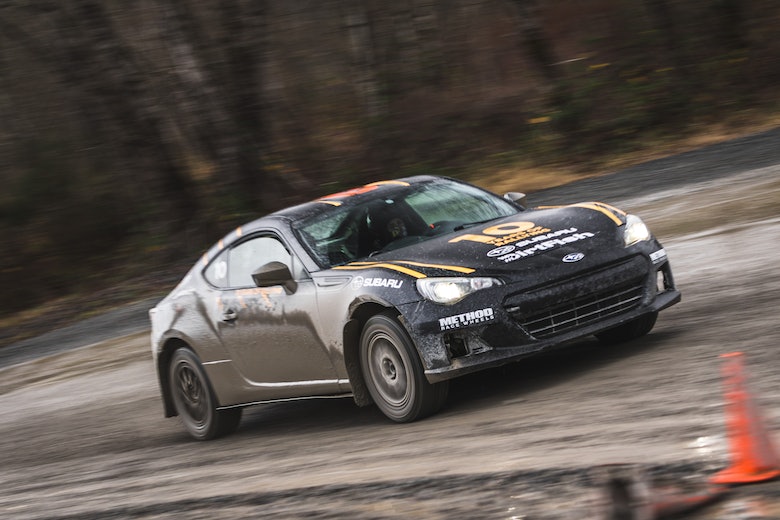 Check out the full range of programs on offer at DirtFish

The first OZ Rally Pro school at DirtFish was an immediate hit and Rhianon and Alex will be back next month to put another 12 students through their paces.

Much as they enjoy the teaching, the Gelsominos are competitors at heart and nothing will get in the way of that.

“We’re both professional co-drivers first,” says Alex, “and any teaching we do has to fit in around the demands of our drivers. The next school at DirtFish comes just before Olympus Rally, which is quite timely.

“The Olympus is a really tricky event with some technical stages and quite complicated navigation, so it’s a great opportunity to help people for that.”

It’s impossible not to be caught up in the Gelsomino’s enthusiasm for educating in the dark art of co-driving.

“It’s fantastic,” says Alex, “and so rewarding. For me, one of the guys I’m so proud of is a young Californian driver, André D’Orazio. He came out of sim racing and worked with us. The precision he has in his notes is just fantastic. It’s things like that really make the job worthwhile.”

More to help you develop your rallying skills 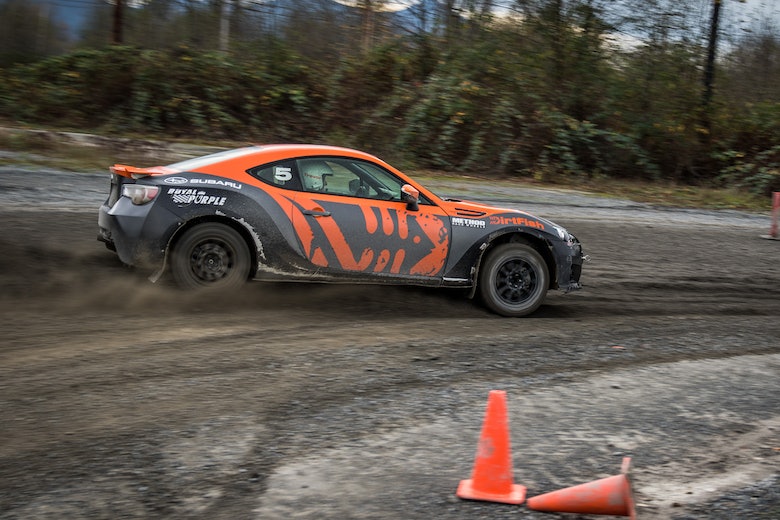 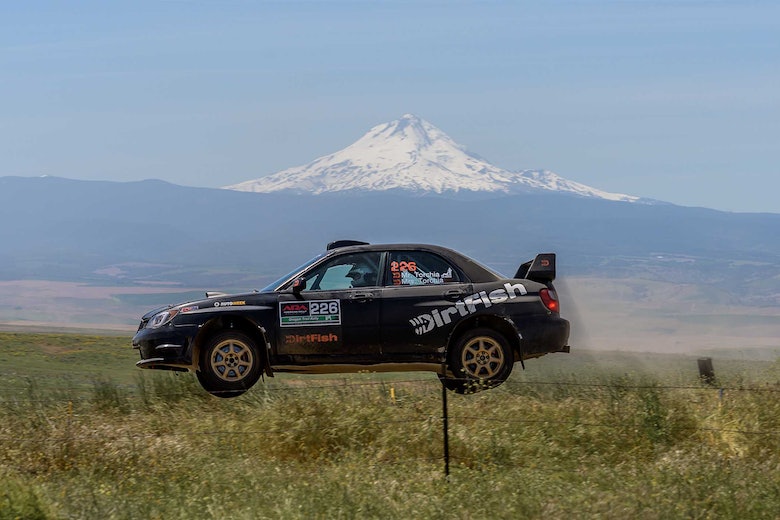 10 cars to start rallying with 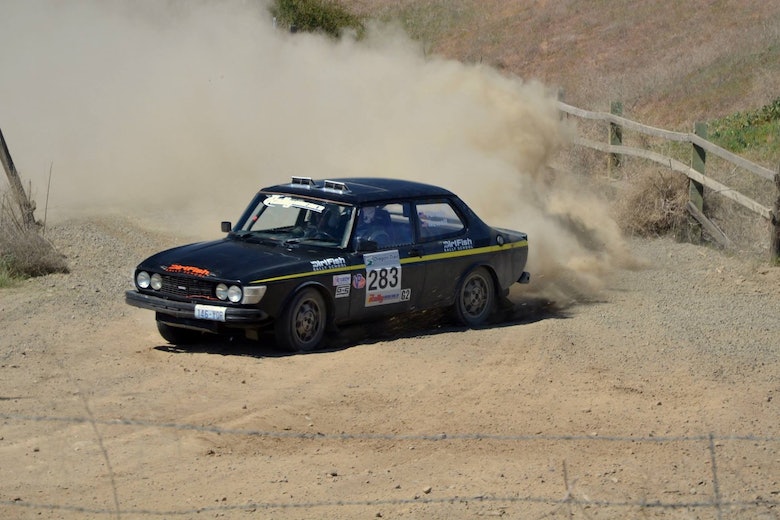