“I always said I would come back when I would be ready with what gives me the motivation to compete.”

Guerlain Chicherit isn’t someone who does things by halves. It’s all-in or he doesn’t do it at all. To even finish an event such as the Dakar Rally, let alone have any chance at being competitive, you need to be 100% ready.

Chicherit and his car weren’t, so he pulled out of the 2021 edition at the 11th-hour and has subsequently spent the rest of the year preparing for a totally new challenge – or make that two – instead.

Take a look at the entry list for January’s 44th edition of the Dakar and you’ll see Chicherit’s name there in black and white. It’s happening, the big return, now after five years is a reality for the affable Frenchman, aboard the GCK Thunder – a bit of a DIY project which is also giving the world a taste of the future by using bio-ethanol fuel. 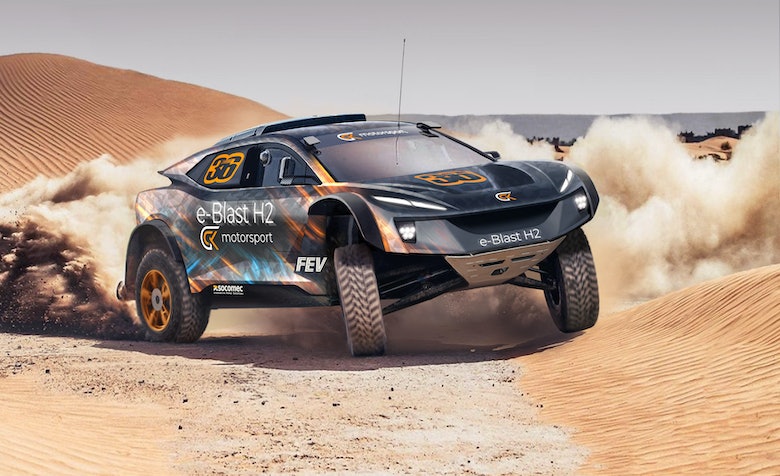 Of course, GCK’s main focus remains on 2024 and the development of the hydrogen powered GCK H-2 machine, built in accordance with the Amaury Sport Organisation’s alternative energy regulations which will mandate a move away from combustion engines for all competitors by 2030.

Until then, it’s biofuel which fuels Chicherit’s Dakar passion, but the past 12 months have been anything but straightforward for the team which has modified an old Peugeot 3008 DKR Dakar winning chassis to fit the new requirements.

GCK has essentially cut the existing chassis in half in order to replace the old Peugeot diesel engine with a 3.5-liter Ford engine; a process which Chicherit describes as ‘starting from scratch’.

“We have for sure had so many issues, I cannot even tell you how many issues we’ve had,” Chicherit told DirtFish.

“And with this, came a lot of good stuff, because the car was really fast, and the performance was what we were hoping for.”

Despite the car delivering on the pace front, Chicherit and GCK quickly encountered issues at the start of the car’s testing regime which nearly forced the team to go back to the drawing board.

“We broke the transmission all of the time, then we were breaking the wheel nuts, we had some problems in the gearbox, we were using too much of the tires – they are supposed to do the whole stage and we couldn’t do more than 200km with them – so many things [went wrong],” Chicherit admitted.

This is one year of testing, working to be ready for the Dakar, for one race Guerlain Chicherit

“The new dampers as well, we had a new philosophy, a new technology and they were super-efficient, but they were not ready to do the Dakar, because the Dakar is so specific.

“We still had some issues the other week and I hope that we have fixed them, but we might spot something else next week.

“So, until the end, we don’t know. Everybody, at some point, will have some problems. And the question is always, if it’s a big problem then the race is over but most of the time it is that a small problem can be fixed quickly and easily, if you know how to fix it.

“And this is also a big part of the preparation, to know the car properly and to be able to fix most of the problem between the co-driver and the driver, because you know the car well enough to know what is going on, you know where to look and what compromise you need to find.” 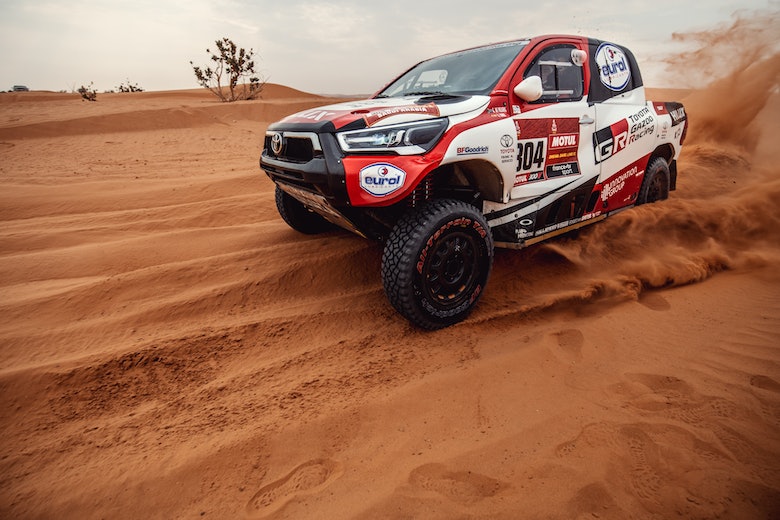 Chicherit will not contest the entire Rally Raid World Championship, so performance on the Dakar is an even more important parameter to get right ahead of the event.

Those who have followed Chicherit’s Dakar exploits in the past will no doubt remember the infamous ball of flames which engulfed his buggy in 2014 early on in the opening week, so the emphasis on getting things as right as possible this time around is not to be understated from the GCK camp.

It has meant lots and lots of testing. Overkill you may say but as the man himself believes, better for the car to have problems before the event than on the startline in Jeddah when you start playing for keeps.

“This is one year of testing, working to be ready for the Dakar, for one race,” said Chicherit.

“And that race can end for us after just one stage. For us, it’s not a championship, it’s just one race.

“It’ll be an interesting year.”

Another reason why Chicherit opted not to take the start of this year’s edition was that he simply didn’t feel physically prepared enough for the two-week rally.

It’s a key role in managing the event which, while not set under the peak summer temperatures of the Middle East, can still throw up a hot day or two for competitors. Added to that is the physical effort of manhandling a car across the rocks, dunes, sandy tracks and liaison sections for sometimes eight hours at a time (with just one rest day), something Chicherit just wasn’t willing to commit to.

“The Dakar is so difficult for so many different reasons,” Chicherit said.

“You need to be first of all physically ready, because this is a tough race, you have to imagine that you spend five to eight hours a day in the car so it’s super rough for the car and for the drivers as well.

“And after, technically to accept to drive at that speed in the middle of the desert when you don’t know the road because you have just some notes which are like Cap 182 for three kilometers, it’s also mentally quite tough. You have no idea what’s going on and you are driving 200 kph at times, and you have to anticipate the road, the terrain etc.

“Most of the preparation is the car, because it is impossible to describe how tough it is for the cars. The cars need to take so much pressure, and it’s a compromise between building a tank and a race car! 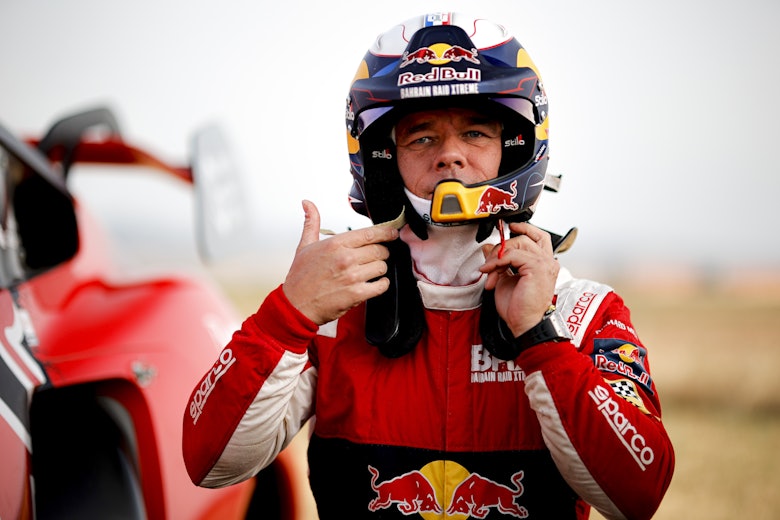 No co-driver worries for Loeb on Dakar

“This has been the most difficult part of the preparation, and it is for example why we didn’t go last year. The car was awesome, it was super-fast, but we couldn’t even do 50km without any problems. So, you know you can’t go in this situation, you can build a car which is the fastest for the first 50km but if after it breaks then it’s a waste of time.”

The Dakar is also so much about taking the setbacks in your stride, as it allows you to appreciate the good days far more when they arrive.

For Chicherit, the allure of the Dakar has always been there and it’s what drives him to come back, to innovate, to accept the challenge once more. Call it a drug if you like, but the passion for this type of endurance rallying is not something you can easily drop like that.

“I’ve been away from the Dakar for the last five years and, for me, the Dakar is like one of my dream races,” Chicherit enthused.

“I always think about this race, and I have missed it so much for the last five years. I always said I would come back when I would be ready with what gives me the motivation to compete.

“And we have been working super hard for the last year. It’s a long-term process, and I am very excited to be back now.”