Lewis Hamilton’s Project Fourty Four business, the parent organization to the X44 team competing in Extreme E next year, originally had no intention of going racing before joining the brand new off-road series.

Reigning six-time Formula 1 world champion Hamilton has joined the XE grid as a team owner, though he won’t have a day-to-day role in managing his X44 squad.

That responsibility instead falls to Marc Hynes, Hamilton’s trusted adviser and head of the Project 44 organization that oversees Hamilton’s various business ventures.

Hamilton has promoted a number of environmental causes in recent years – including launching a vegan burger chain Neat Burger and working for UNICEF as an ambassador – but Hynes revealed that an environmentally-friendly racing program was not originally part of the plan for Project 44.

“We kind of never planned to run a racing team, to be honest, but this whole concept seemed so crazy but so relevant in the world we’re living at the moment,” Hynes told DirtFish.

“Every time we looked at it, we just kept coming back to it. The conversations developed with Alejandro and a year on we’re committed.

“We’ve got a new car arriving on Thursday, and we’re in the throes of putting the team together to compete in the championship, which is hugely exciting for us.” 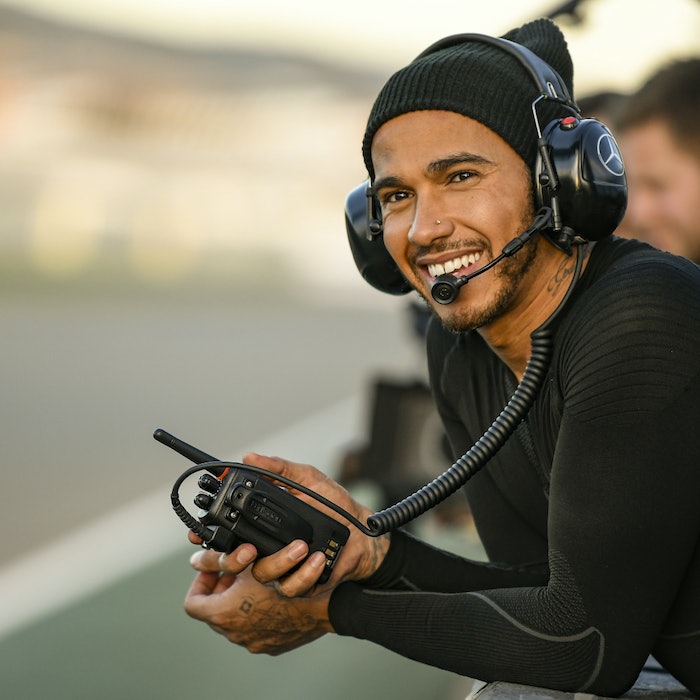 Project 44’s primary goal is ‘education’ according to Hynes, and Hamilton’s move into XE team ownership came about as a consequence of a general fact-finding mission around electric technology.

“Watching that development as a series was really exciting and we were eager to get more understanding and information around EV tech.

“We spoke to Alejandro, who’s an authority on this subject, so that conversation led to Extreme E.

“We’re always looking to discover more, to learn more. We’re inspired by people in the world that are doing great things and Formula E is one of those things that was moving the dial as a sport with a broader reach.”

XE’s low-frequency calendar and the small number of personnel required to run a single-car team helped convince X44 to commit to the series, as only seven crew – including the two drivers – are required to service a team on-location.

“This platform and the concept with a minimal number of races and the ship, actually from an operational point of view makes it possible in a world where we’re very focused on a different racing series and success across the globe.

“So it was a platform that made this possible for us.”

X44 is similarly looking for a partner organization to help run its XE operations, with ‘two plans’ currently on the table.

“We’ve got a lot of connections in the sport and a lot of friends throughout, so we have two plans running in parallel. We’re considering different options and we’ll be in a position pretty shortly to start to reveal more about our plans and strategy.”