Consider this. When Formula E, the circuit racing equivalent of Extreme E, first took to the track in 2014, it only managed to do so after a thorough and stressful pre-season schedule which initially began with most of the cars unable to even complete a lap.

That was on asphalt in a controlled environment at Donington Park.

The Odyssey 21 turned its first wheel in competition in a considerably more hostile environment. Hostile like the desert.

There had been an ever shorter amount of time spent on testing the car before that, and there were car failures in Saudi Arabia. It must have been a horrible sense of déjà vu  for FE and XE founder Agag as he saw Price’s car, the first car out there on the track, pulled up in the sand and stopped. But ultimately, you have to take your hat off to Spark and Williams for bolting together nine cars that worked.

Even more so when you think the series’ three race simulations were all lost to the COVID-19 pandemic. 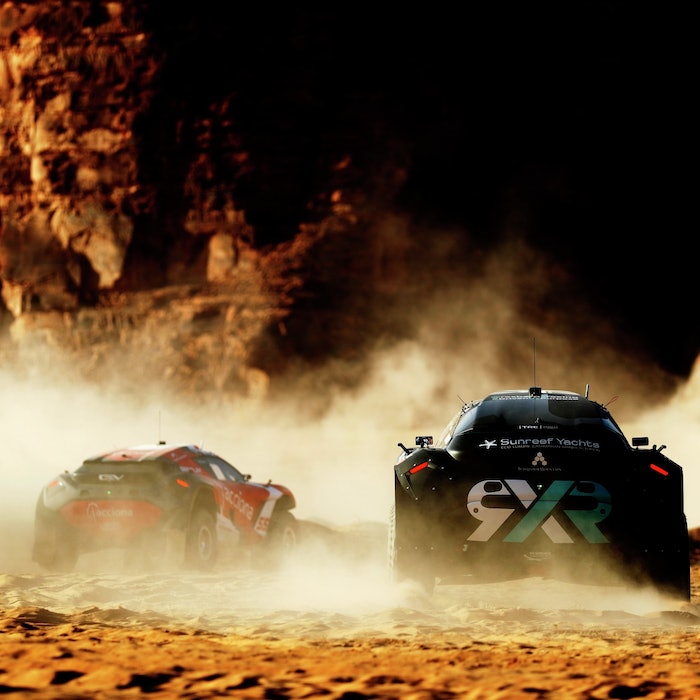 How would we fix Extreme E's racing issues?

“When we came here it was a big risk,” Agag told DirtFish. “This is our test. It’s a gamble.”

That’s not strictly true – Abt’s car ran a race simulation for Spark and Williams the weekend before and the JBXE-run car was given a shakedown test in the week (as the latest entry to the series). Not ideal, granted, but it was meaningful pre-event mileage.

Regardless, Agag’s gamble paid off. Looking deeper into the race simulation reasoning, when south-west France’s world-renowned rough road testing venue in Chateau Lastours shut its doors because of the pandemic, there was no option. Nothing could be done to have side-by-side action ahead of AlUla.

The advantage XE has over FE is the bank of knowledge built up on the circuit side. And there’s common hardware in the shape of the SUV using the Gen2 powertrain motor from the race car.

But at the same time, Saudi provided arguably the season’s biggest workout with deep torque-sapping sand, heat and 900 meters of elevation to reduce the density of the air going in to try to cool the batteries. 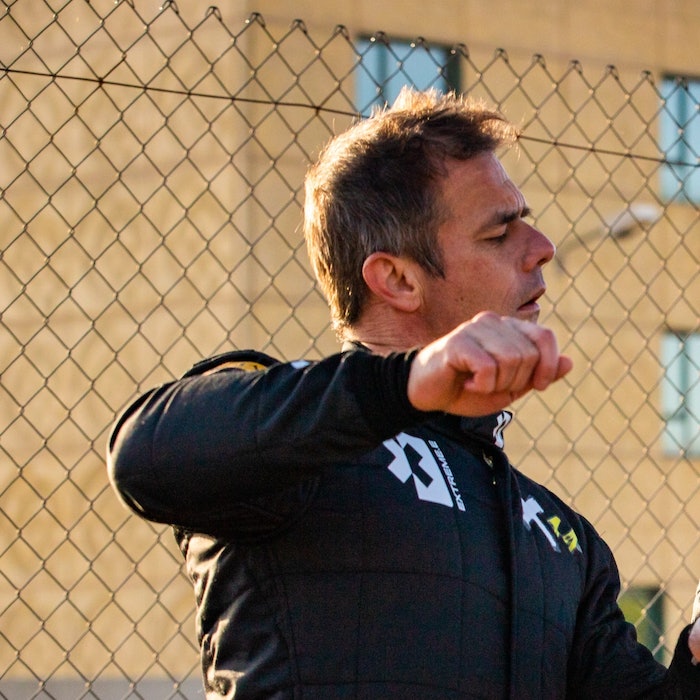 There are some things we should adjust, but it’s very strict – it’s the carmaker who has to improve things Sébastien Loeb

Talking about the car, X44’s Sébastien Loeb was typically pragmatic, not to mention on the money when he told DirtFish: “The car is the same for everybody, that’s important – so the fight is fair.

“But it’s very limited and the development of the car is not finished. The suspension is not working perfectly and there are some things we should adjust, but it’s very strict – it’s the carmaker who has to improve things.”

It would be fair to say nobody settled into the car instantly, with the biggest issue the limited suspension travel from the BOS dampers.

“It’s very tricky, we had some recce and everybody knows this track by heart now, so they push like it’s the WRC – but with a very tricky car to drive in the dunes and the hard conditions,” added Loeb. “That makes it tough.

“I cannot say it’s the most difficult thing I did. The problem is that you cannot accept to lose the car even one time. In the WRC, you arrive too fast to the corner and you can put the car at 50 degrees angle to the road then go on the throttle and find some solution.

“Here, you cannot do that. If you get more than a certain angle the car gets the grip and you roll. You have to be pushing, but you have to avoid any loss of control. But with the rear suspension bouncing, it’s very difficult.”

Robserg X Racing’s Desert X-Prix winner Molly Taylor agreed with Loeb’s thinking, but added some analysis of her own – especially after things got lively in qualifying on Saturday.

“At times you just have to hang on,” she said. “When you get into the soft sand, the car can start to go where it wants and when you come to a corner, it’s a case of aiming it in the general direction of the corner. It’s not a case of hitting an apex with this car in these conditions. But it’s a lot of fun.” 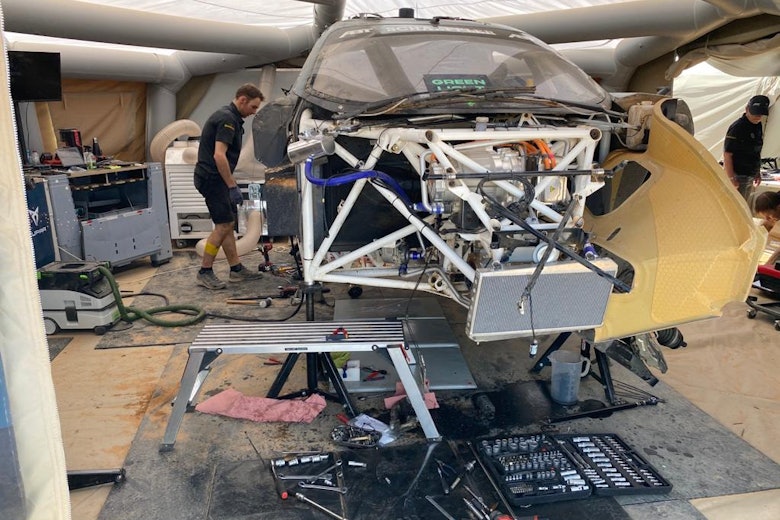 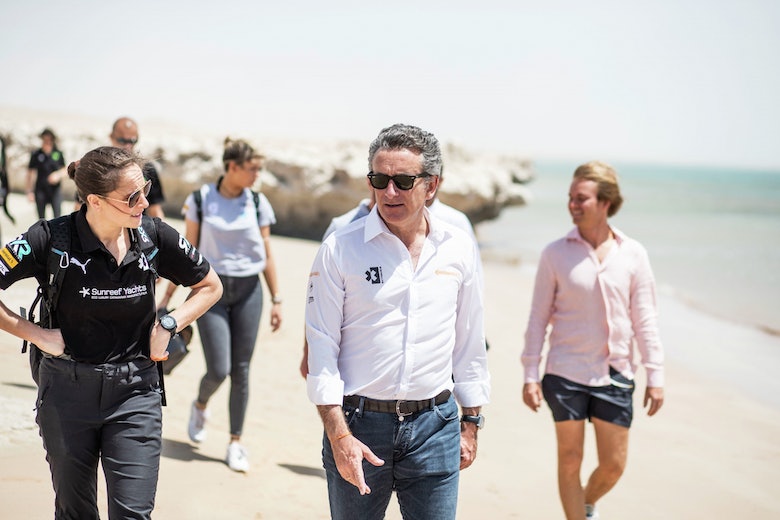 The elephant in the room about Extreme E’s opener 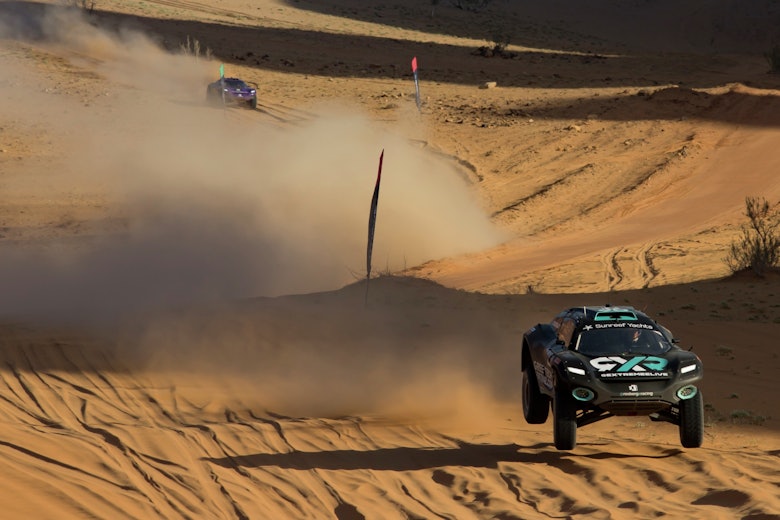