Prodrive, the company behind Subaru’s World Rally Championship success and the British American Racing team in Formula 1 in the 2000s, will take over the running of Lewis Hamilton’s X44 outfit in Extreme E from his own Project Forty Four company.

But in January Hynes, and two other members of what was a five-strong board of director at Project 44, resigned and it was announced in March that he had stopped working with Hamilton entirely.

One of X44’s drivers in XE is Sébastien Loeb, who left Hyundai’s WRC line-up to join Prodrive for this year’s Dakar Rally. 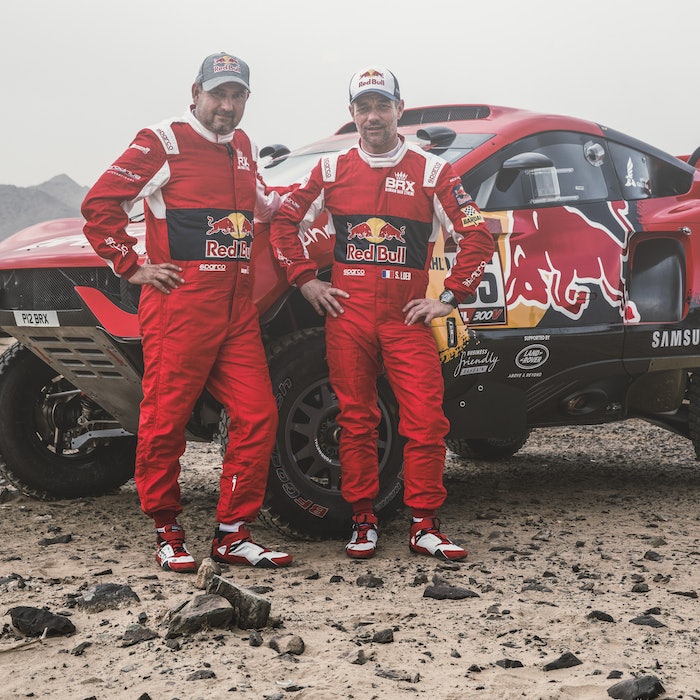 Loeb opens up on Elena split

Daniel Elena had launched a passionate response to the news that he would no longer compete with Loeb, but Loeb has now had his say

While that new partnership has in part led to the end of his own long partnership, with co-driver Daniel Elena, the connection with the British brand has helped ensure X44 will actually be racing in Saudi Arabia for the XE season opener this weekend.

Alongside Loeb in the team’s all-electric Odyssey 21 SUV racer is Cristina Gutierrez, who contested this year’s Dakar as a Red Bull junior and is a four-time Women’s Spanish All-Terrain Rally Champion.

It’s no stranger to racing either, with its management of BAR taking the team to second in the constructors’ standings in the 2004 F1 season and winning the Le Mans 24 Hours under its own name using Aston Martin and Ferrari cars.

More recently, it has developed cars for the GCK team in the World Rallycross Championship as well as the BRX Hunter it made to contested the Dakar with this year.

Prodrive chairman and founder David Richards said: “Extreme E is such an exciting and unique concept and I have been fascinated by the project ever since Alejandro [Agag] launched it almost two years ago.

“When Lewis then announced his interest in a team it was a great opportunity for Prodrive to help him realise his personal ambitions from the series.”