If I had one gripe with Extreme E, it would be the massive gaps between races. Now, I understand the need for such pauses in the schedule – the use of sea freight over more traditional air travel meaning that it takes longer for the series’ infrastructure and race cars to get from one event to the next – but what if there was a way around that?

In Sardinia, XE held two X-Prix rounds across five days, plugging the almost 20-week gap (extended due to Russia’s invasion of Ukraine and subsequent military training in Sardinia) since the first round in Saudi Arabia.

The format, while intense for everyone involved, was met with a mostly positive reaction, with some calling for more double-header events going forward.

“I think we should maybe have more in the future, it’s kind of nice to not have two months to wait again, so hopefully this is a successful week,” JBXE’s Kevin Hansen told DirtFish after the first race.

Hansen’s former World Rallycross team-mate Sébastien Loeb echoed his sentiments a few days later, adding that the back-to-back format gives teams an opportunity to instantly rebound if the first round at the location doesn’t go to plan.

“It was good to do two races in the same week,” he said. “We didn’t enjoy so much the first one, so it was good to have another one to enjoy the podium.”

For Veloce Racing’s Christine GZ, returning from injury in Sardinia, she highlighted the extra seat time afforded by the double-header format in a series where time on-track is already at a premium as a benefit.

“Look at this week, we had one weekend and if it goes badly you can turn it around, or not, and you can work from there and there’s a lot of data [and] information.

“And we get very little testing in this championship and we are supposed to race against the frickin’ best in the world so it’s really complicated to stay up there. So for sure, having something like this double-header for all the races would be great because first, we get to race more, and second we get to train, understand, work more on data.”

But while the general consensus is positive, Chip Ganassi Racing’s Kyle LeDuc warned that the template wouldn’t translate well everywhere.

“The double-header has got pros and cons but some of these guys have to turn cars around in two days and build complete race cars, which is insane to do at a race track,” he said, alluding to the full rebuilds that the McLaren and Acciona Sainz teams had to do between races in Sardinia.

“Obviously it didn’t go too badly for us, fairly smooth. I mean, a ton of work, a ton of parts, a ton of bodywork, but it’s more track time too, so you get the second day to build towards it. It’s not horrible.

“I think it depends on locations, we might be more pro to do a double-header in certain locations than others. But yeah, it worked pretty good for us.” 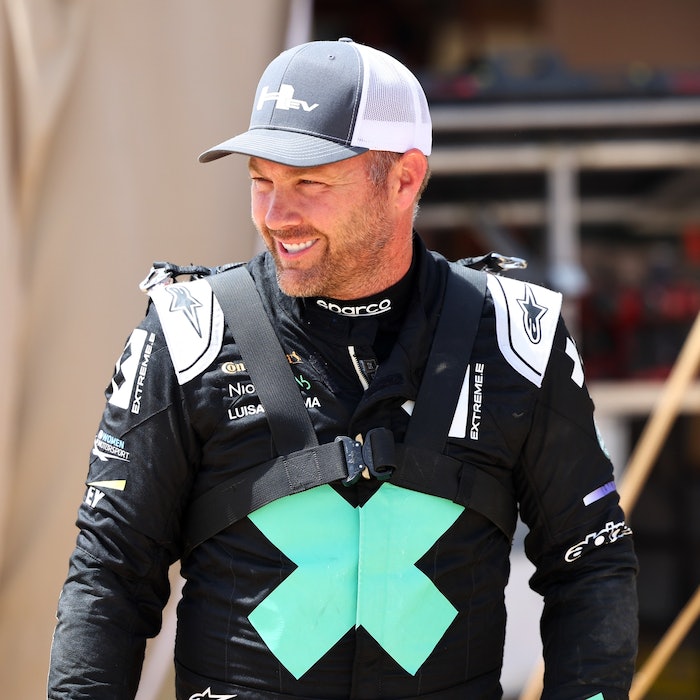 I think it depends on locations, we might be more pro to do a double-header in certain locations than others Kyle LeDuc

LeDuc’s team-mate Sara Price agreed: “[In] certain places, it’s probably better than others, but at the same time I love it because I get to drive more so that’s really cool, but when your weekend doesn’t go as well, [it’s] probably not as cool.

“So if you have a good weekend, yes, no, no. You can’t really anticipate what’s going to happen so you never know.”

Expanding on the point of the format perhaps not being suited to every event, Ganassi team boss Dave Berkenfield described the Sardinia double-header as a “a little bit of a watershed moment”, but admitted that a lot of angles needed to be considered before making every event a double-header going forwards.

“I’m not sure I would categorize it as for or against, I think that you just need to look at it with an open mind,” he said. “And so from the team perspective, we obviously have sporting considerations, like with more time on track, getting the drivers more seat time, the efficiency of the logistics of it.

“But you also have commercial viability, cost per mile, and sponsorship and activation opportunities, and we need to look at the television numbers, we’ll let the media professionals in the series come back with what they think and we’ll likely support that.

“I think there’ll be more double-headers in the future, I’m not sure every race should be a double-header – I wouldn’t have wanted to do a double-header in Greenland last year based of a lot of reasons but here, closer proximity [and] easier to get to for the teams, maybe a little bit better accommodations, things like that where it would really make sense.”

Ultimately the buck will fall with XE founder Alejandro Agag as to whether more double-headers appear in the future, and he dubbed the Island X-Prix “a great success” and left the door open for the idea to be repeated at other locations in the future.

“I hope this is not the only double-header,” he said. “I think a double-header is a great format, I think it gives a chance to the teams that don’t do well to recover the race after.

“I think everybody was very positive to it, it makes a longer time of enjoying racing and I think we will have more double-headers.” 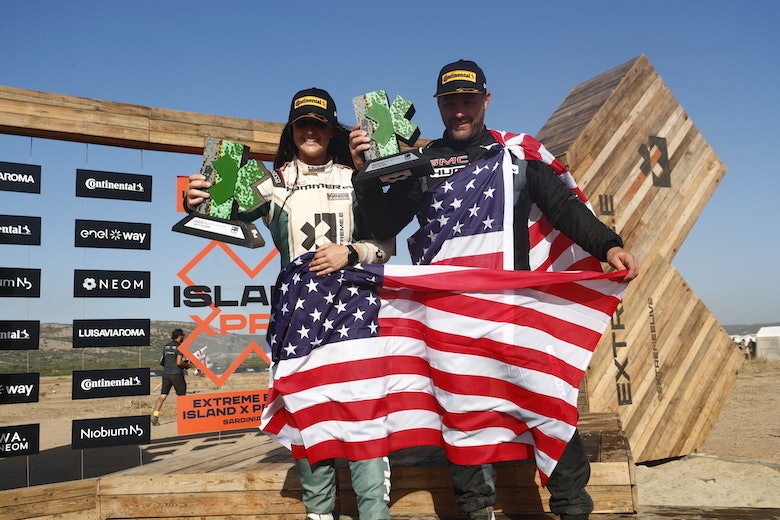 The gripping title fight being decided at Acropolis