It’s quite possible the Frenchman wasn’t talking about the St. Helena but, for the purposes of this story, he almost certainly was.

“The sea, the great unifier, is man’s only hope,” said Cousteau. “Now, as never before, the old phrase has a literal meaning: we are all in the same boat.”

For those involved in the all-electric, off-road series, never a truer word has been spoken.

For months, all roads have led to Liverpool, with all eyes on the clock and the calendar. Today comes the news that this ground-breaking formula has won its first race.

The ship has sailed. 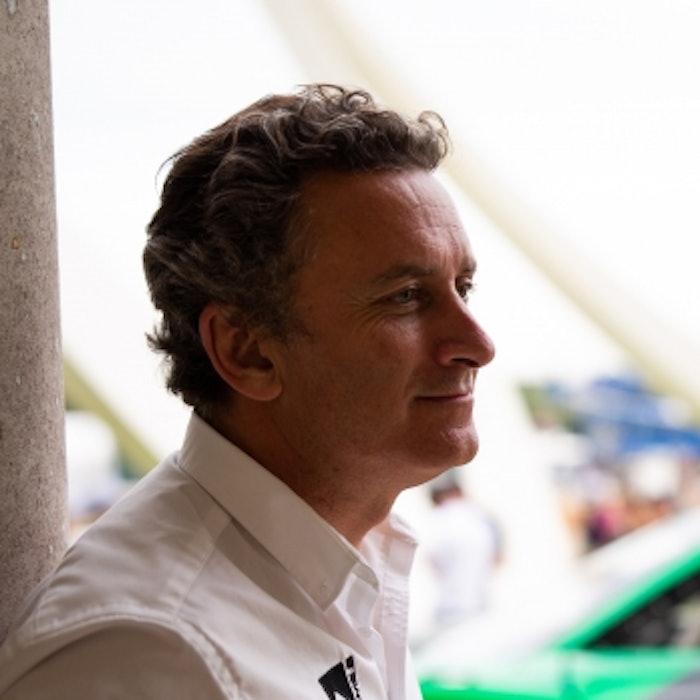 He made me dream because he had a boat, he had the Calypso, and my dream is that the St. Helena becomes the new Calypso of the 21st century. Alejandro Agag, Extreme E founder

Predictably, Extreme E founder Alejandro Agag will be pretty pleased to hear the sound of the ultra-low-sulfur diesel-fuelled engine fire into life to send the former Royal Mail ship south towards Saudi Arabia and round one, page one of a whole new adventure. The ceremonial start, so to speak, is done and dusted; once St Helena unmoors from Seaforth Dock and sets sail, a critical milestone will really be checked off.

“This has been a massive project and she really is unrecognizable from when we purchased her back in 2018. She is unmistakably part of Extreme E with the exterior branding and the internal refit looks incredible.

“One of my favorite features of the ship is the creation of a science laboratory, which replaces the original swimming pool, and I’m delighted that from Saudi Arabia we will have a variety of scientists on-board conducting oceanic research projects.”

We’ll get back to the whole research and Cousteau side of things in a moment, but first… swimming pool? On a Royal Mail Ship going between Cape Town and Saint Helena?

A science lab is much more Cousteau. Much more Calypso, the ship the former French naval officer refitted in the fifties for marine research.

Agag continued: “I have always had a love for the ocean, which was inspired by documentaries featuring the French biologist, Jacques Cousteau. He made me dream because he had a boat, he had the Calypso and my dream is that the St. Helena becomes the new Calypso of the 21st century.”

Before it does, it’s got to haul every bit of Extreme E kit across the planet.

Instead of the mundane South Atlantic commute which was its previous experience, St. Helena will spend the next 17 to 20 days sailing the Mediterranean to the Middle East.

After Saudi Arabia, it’s back through the Med around Africa’s north-western coast and into Senegal for round two. With Dakar done, the crew will turn north to Greenland, south to Brazil, then deep, deep south to Tierra del Fuego for the Patagonian finale.

And anybody doubting the truly sustainable credentials should have a peak aboard. The ship’s refit – which was done via upcycling old Royal Mail-ness rather than scrapping and starting again – includes low-energy LED lights and low water-consumption bathrooms. Chairs are made from recycled plastic bottles fished out of the Med.

Among the 62 cabins which will sleep 175 people are two lounges, an 80-seat restaurant, a 100-seater exterior deck and space for 90 20-foot shipping containers.

And their home comes with the full fleet of Odyssey 21 race cars, piles of tires, pop-up garage tents, the start ramp, TV kit, a brace of support boats, a bunch of tool kits, three machines to turn plastic waste into the championship trophies and, of course, the fuel cell to flip hydrogen and oxygen into motion lotion.

Loading wasn’t the work of a moment and Briton Oliver Bennett was particularly pleased to see the Hispano-Suiza car he will share with Christine Giampaoli Zonca hit the deck first.

“The time is really going to fly now,” Bennett told DirtFish. “Seeing the car go onto the ship made everything absolutely real. It’s massively exciting – not least because ours was first on! I think we have to say a huge congratulations to Alejandro and the whole team; what they have achieved in a very short space of time is quite remarkable.

“Now we just want to go racing. The cars are mega to drive, the competition’s going to be great and, of course, we have the absolute relevance of the sustainability aspect and the scientific research going on aboard St. Helena.”

In setting sail, the series is laying down a significant marker. As Agag says, Extreme E is up and running.

But that doesn’t mean it’s going to be plain sailing from here to December and the end of the earth in Ushuaia.

Already two months delayed due to COVID-19 complications, the wider motorsport community is packed with its fair share of cynics and they’re more than happy to pick holes in what’s undoubtedly a sizeable undertaking. Running a bunch of electric SUVs out of the box live on telly is a brave move.

But Cousteau would have been the first to point out that nothing ventured leads to even less gained.