After the season opener in Saudi Arabia, we put our heads together and had a think about what we wanted Extreme E to improve for the next round in Senegal.

There was disappointment at the dust-necessitated time-trial format and the resultant lack of racing and plenty of ideas of how to fix the tracks to improve it. We wanted the power turned back up in the cars and circuits that would best flatter this form of racing. 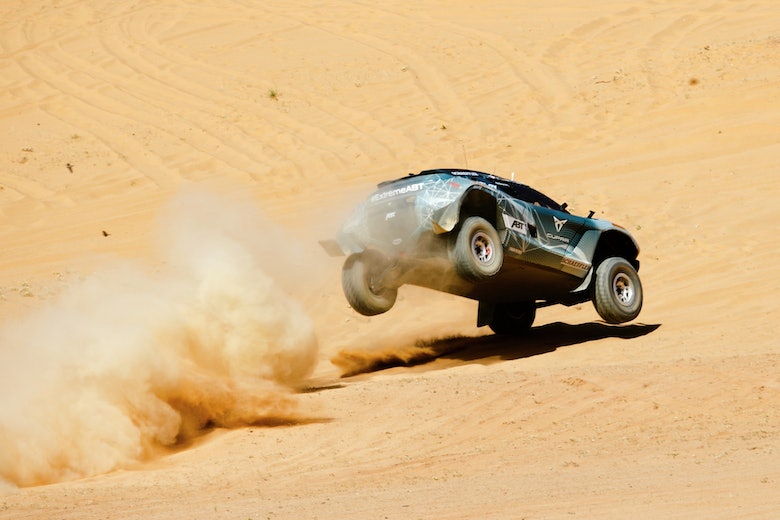 So did we get what we wanted? Now the Ocean X-Prix is in the history books we’ve looked at what improvements have been made to the fledgling series between the first and second races.

A track that delivered for XE

After Saudi Arabia I was calling for a shorter or tighter track. Senegal delivered the latter, with a hugely technical and physical challenge that was a world away from the vast open spaces of the desert.

The result was a course that allowed drivers to follow, battle, and compete. Overtaking might not have been all that easy, but that just made every passing move that did come off all the more special – and there was a good few of those, and not just off the start line either.

There’s no fans at these events, and while us journalists are supposed to remain professional, the cheers and jubilation coming from the media center in practically every session showed just how good the racing was.

The cars were the same as last time, but the track wasn’t, and it played its part perfectly.

Please sir, can I have some more? Dominik Wilde

Greater understanding from the teams

I wouldn’t say XE itself improved, but the teams did. They had a far better understanding of the limitations of the Odyssey 21 over rough terrain than in Al ‘Ula, and the on-track action improved as a result.

But Senegal was so different to Saudi Arabia that it’s difficult to make comparisons between the two operationally without being on the ground with them, and arguably it’s not something that’s really measurable for improvements until XE returns to either of these locations during a prospective second season.

Although one vast improvement was made at JBXE with Kevin Hansen taking over Jenson Button’s place in the car. If they want to win then I hope they bring back Hansen again. Ida Wood

I think it was somewhat unfortunate that XE made its grand debut in Saudi Arabia because, as Senegal proved, the terrain did not show the racing at its best.

Part of the appeal of XE was always going to be seeing all these big-name drivers going head-to-head and if the series had no choice but to permanently move to a time trial format then that incredibly attractive prospect would be lost.

Thankfully that hasn’t had to happen. In Senegal the dust wasn’t the main feature of the weekend and effective, and exciting, racing could happen. It’s not really an improvement that the series has made but hopefully these early races can provide a learning opportunity for what kind of terrains work for it – and which really don’t.

Going forward we need more of what we’ve seen in Senegal. Side-by-side racing where the victor isn’t decided in the first 10 seconds off the line. Fingers crossed that viewers who just tuned in to the season opener weren’t put off – because XE has a lot more to offer than it showed in Saudi.  Anna Duxbury

The best thing about Senegal and round two of E? Simple. Kyle LeDuc. Anybody who tells you anything else is, I’m very sorry to say, wrong. Completely wrong.

I can’t remember exactly if the brief for this feature is the best improvement from round one or the round two highlight. Either way, it’s the bloke I made sound Frencher than a baguette, until I was told his surname was far more phonetic than I thought. Forget Le Doooook. It’s Le Duck.

Anyway, doook or duck, the bloke was an absolute class act in Dakar. And his team-mate Sara Price really wasn’t far behind. At the season launch, I quietly pitied the Chip Ganassi pair. How on earth were they going to cope with all this rally and rallycross talent on show. Sure they knew a bit about Baja, but those cars don’t even have windscreens…

How wrong I was. LeDuc and Price are the genuine superstars of XE.

And the pity this time was for Catie Munnings. Departing the switch zone in the final, she would almost have put her finger through the bulkhead as she hit the boost button. He was coming. And she knew it.

He mullered her. And then did the same to Laia Sanz.

I spent a bit of time with LeDuc in Al-‘Ula and his attitude to racing is hugely refreshing. Yes, it did all get a bit sporty with Claudia Hürtgen, but in the words of Harry Hogge: “Rubbin’ son, is racing…”

LeDuc and Price are super-cool additions to XE. Now all they need to do is win. David Evans

More from XE's trip to Senegal 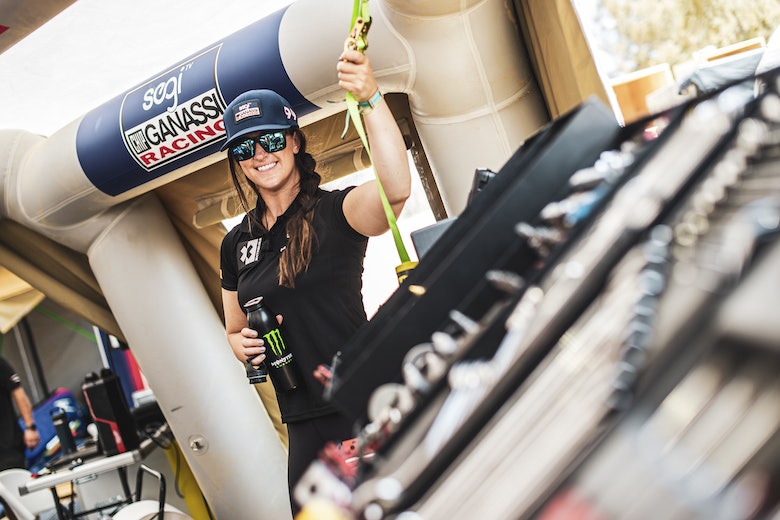 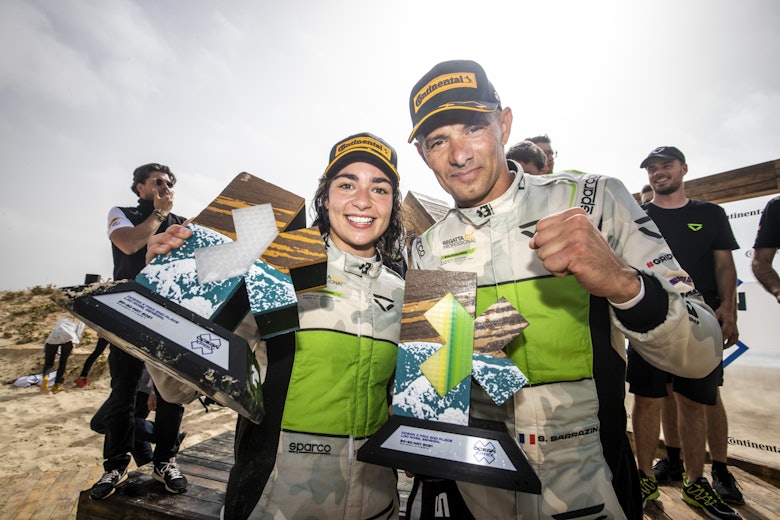 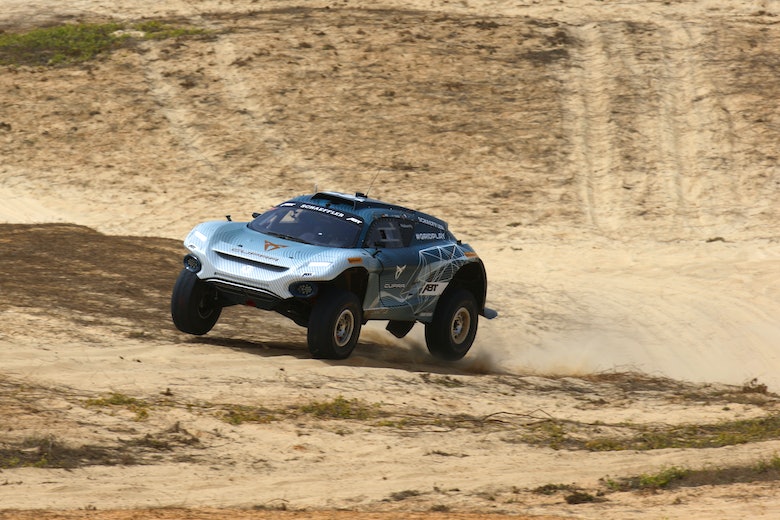 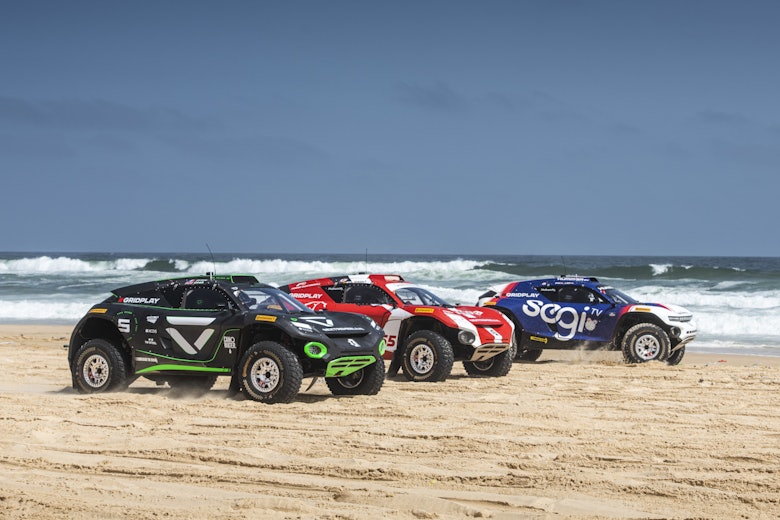 Why two XE teams joined up to ‘practice what we preach’