The second Extreme E event is set to be so different to the first that there’s really no way to predict what will happen next, and there’s a huge amount to be talked about in what the series has learned from its testing debut.

DirtFish’s writers have each picked a point of interest that they think will be worth watching closely going into this weekend’s inaugural Ocean X-Prix in Senegal.

An unexpected driver change at JBXE has brought in another World Rallycross Championship round winner to the series in Kevin Hansen. Without wishing to disrespect an undoubtedly talented driver – Jenson Button is a Formula 1 Champion, after all – bringing in the younger Hansen will potentially vault the JBXE car from the midfield to frontrunner status.

Being the younger brother – and being beaten to the 2019 World RX title at the last round by Timmy – means Kevin’s pace differential to his older brother being almost non-existent sometimes goes unnoticed. Don’t be surprised if they’re as closely matched in XE as they are in rallycross. 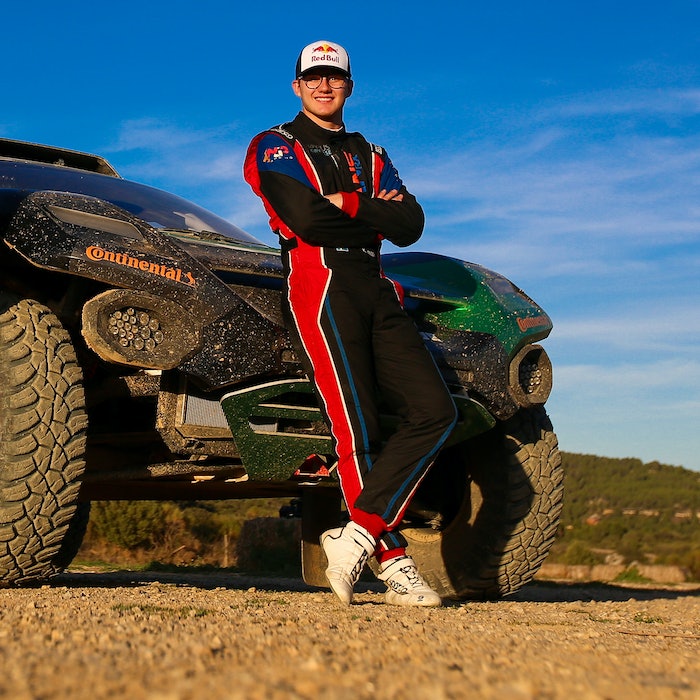 While Kevin missed the first round of the season, he’s not exactly lacking experience in this burgeoning racing series either – both Hansens conducted one of the early shakedown tests of the Odyssey 21 in France, and Kevin drove the Andretti United car at the pre-season Aragon group test. Competing on the Andalucía Rally in an Overdrive OT3 buggy last year provided useful cross-country experience too.

This is also the first time ever the Hansens will compete against each other with neither of them racing for the family team, so there’s no incentive to leave anything on the table. Not that there was before, of course – as their battle during the World RX semi-final at Höljes in 2019 showed, they’re not of a bit of elbows-out jostling for position between one another in the first place.

Kristoffersson, Timmy Hansen and Sébastien Loeb stood out as the three fastest drivers in Saudi Arabia – but with Kevin Hansen, JBXE now has a driver in the same ballpark spearheading its line-up.

The potential of Veloce

With any new racing series you can perhaps expect some teething trouble, and with XE it was Veloce Racing that were the victims. Stéphane Sarrazin rolled the team’s Odyssey 21 in the first qualifying session and with the damage to the rollhoop too great to repair, the weekend was done in an instant.

Spare a thought for Jamie Chadwick, who travelled all the way to Saudi Arabia for – in the end – no competition. It’s therefore going to be fascinating to see what this circuit racer can do off-road.

We have however seen footage of her driving Sarrazin’s Hyundai i20 R5 in between the first two events; so any thoughts that Chadwick won’t be prepared better be eliminated. In truth, it’s a driver pairing with huge potential given Sarrazin’s experience in just about every single form of motorsport sure to be an ace card.

Let’s hope for a clean weekend – across the entire grid – so that we can see who really is getting the best of this new off-road challenge. 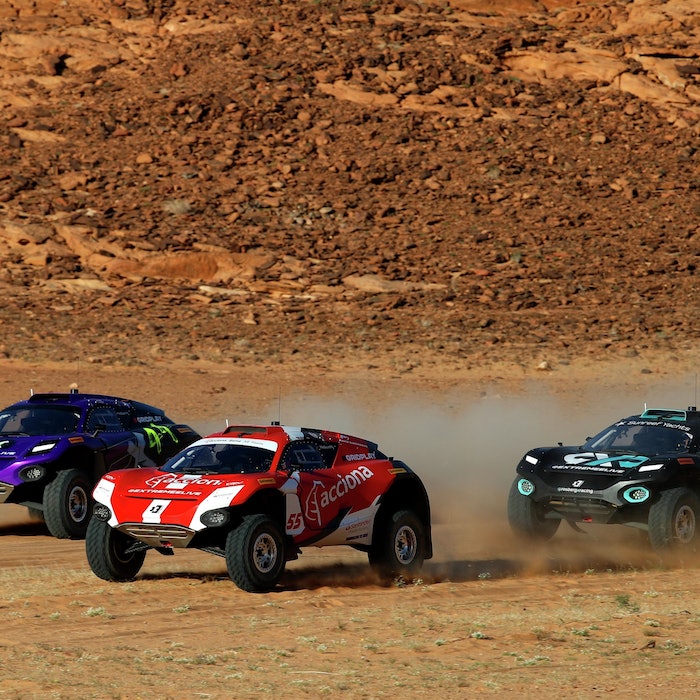 The final is adjusted, and additional points are now on offer

Saudi Arabia did a great job as a teaser of what was to come, but for a combination of reasons including dust, subsequent format changes, and a wide course, what was supposed to be an intense racing series more closely resembled rallying.

Now, that’s not necessarily a bad thing around these parts, but for me, I want to see racing. Wheel-to-wheel action. Intense competition between teams not defined solely by a stopwatch.

It looks like we’ll get that here in Senegal. Not only has the track been designed with that in mind – it remains lengthy but it’s tighter and supposedly slower to promote overtaking – but the beach environment means that naturally there’ll be less dust which will facilitate closer conpetition as well.

What’s more, there’s been further format tweaks as the final will be a four-car affair rather than three as previous.

Should the promise of these changes be delivered on, we’re going to have rallycross on steroids. Bring it on.

What Dom said… and a Ganassi fightback

Racing! Just some meaningful racing in Senegal, please. Round one in Saudi Arabia was awesome because Extreme E was all shiny and new. No doubt the nine Odysseys will still be all shiny in Dakar, but they’re not new anymore.

The novelty of electric SUVs ripping it up off-road is no more. That’s gone. Now we want to see the cars running side-by-side for more than a couple of corners and a four-way final is the perfect place for that.

The other thing I want to see is the American dream team delivering on the promise from round one. Ganassi’s Kyle LeDuc and Sara Price talked the talk in the Middle East, but now they need to capitalise on the undoubted pace and potential they have in the sand. With the series moving more towards the gravel from round three onwards, this is their moment to make the best of the more Baja-like conditions they’ll find in Africa.

Price and LeDuc were the surprise package for me at round one. They were quick, committed and a pair of perfect interviews. It would be very cool to see a return on those attributes this time around.

The Paris-Dakar Rally used to finish in Senegal, and the rally has never truly been the same since it stopped visiting the West African country after the 2007 edition. So to be back in Senegal in 2021, with cars just as pioneering as those that contested the Dakar in decades gone by, is great for motorsport fans and bridges a gap that some may have felt when first hearing of XE.

Yes, this is an experimental and experimenting series, but it is one that is harking back to the more adventurous days of motorsport before health and safety got in the way. Hopefully XE’s second X-Prix is a huge success and the organizer of a certain rally-raid will be taking note. 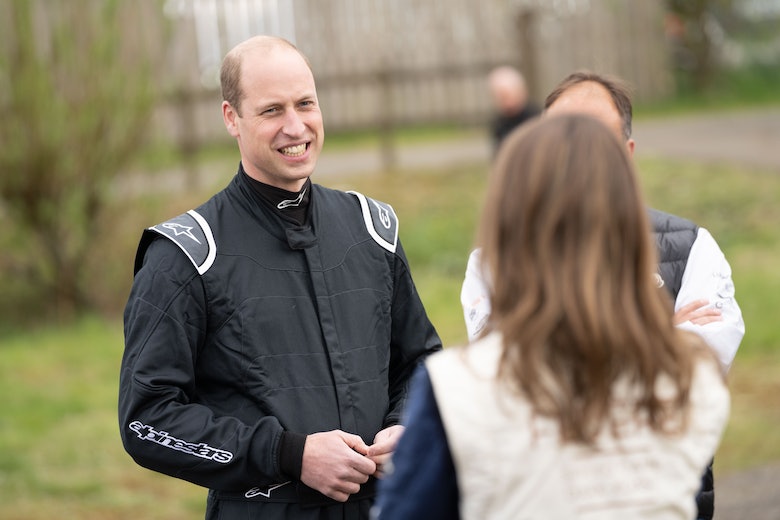 Prince William gets a taste of Extreme E 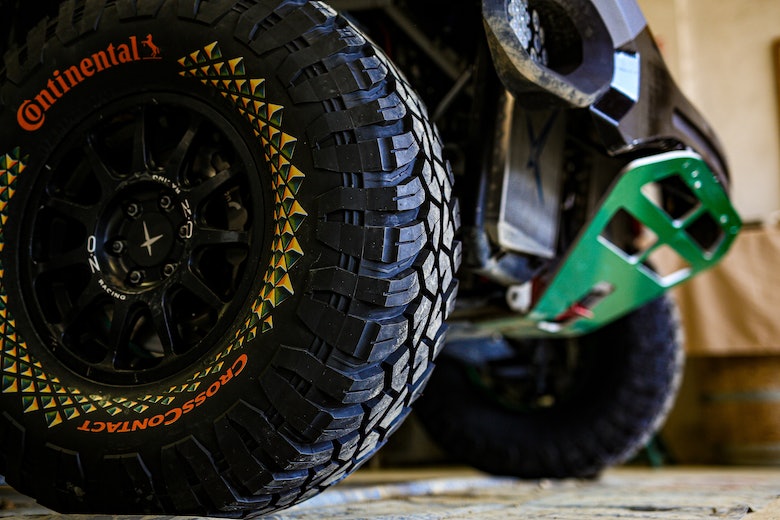 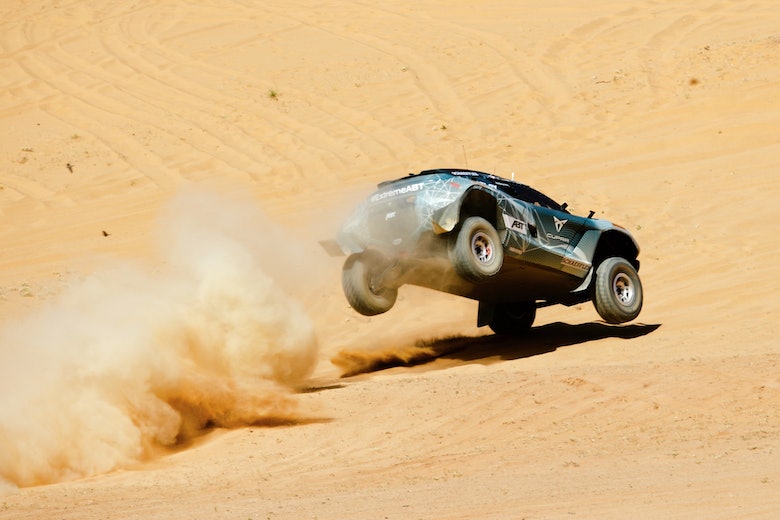 The logic behind the 2021 Rally Finland route