The ARA-sanctioned testing session for the 100 Acre Wood rally has been unexpectedly canceled following what appears to be a miscommunication between officials in the area.

Testing was running as normal until two dark green Chevrolet trucks blew through the caution tape at a hairpin turn that had two access roads on it.

The volunteers at the corner managed to stop the vehicles just before driving onto the live test route against the flow of traffic.

One of the vehicles belonged to the Chief of County Roads for the area. After stepping out of the vehicle, he claimed the 100AW organizer was not authorized to use the route and that the testing session had to be shut down. 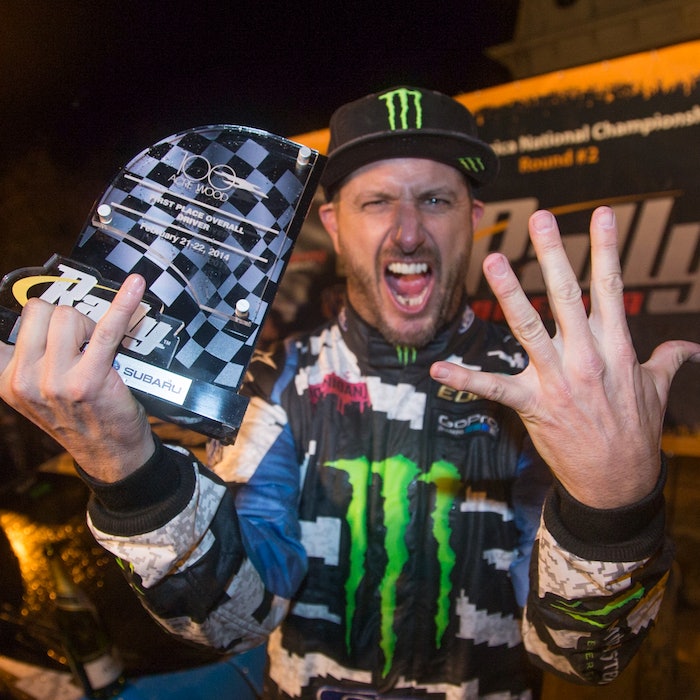 Ken Block's going for 100AW win number nine this weekend. With so many wins to choose from, we picked out his five best triumphs.

If he wasn’t already convinced, Jeff Seehorn then flew past on one of his tests, prompting the chief to threaten to call the sheriff if cars didn’t slow down.

100AW Performance Rally Group chairman Curt Faigle arrived on the scene soon after and argued that the organizers had gotten permission from the Commissioner weeks prior, but to no avail. Competitors still had to pack up and head out.

Having three hours of testing cut short is far from ideal for all of the competitors who needed to get dialed in for the weekend.

Top competitors like Barry McKenna, Ryan Booth, and Ken Block are now unable to do any further testing until shakedown takes place on Friday morning.