Hamilton, New Zealand in November 2006 and Daniel Elena asks Sébastien Loeb a question which, at the time, seemed unthinkable. But today, it seems entirely prescient.

The pair had just celebrated a hat-trick of world titles, but they were on the North Island for the recce only. Loeb had broken his arm falling off his motorbike earlier in the year and they wouldn’t compete until the start of 2007.

Just before flying home, Loeb and Elena sat down with experienced Italian journalist (and Elena’s mate) Guido Rancati and myself to talk through their time together.

Fifteen minutes in. Elena asked: “Could you imagine doing a rally with another co-driver?”

Loeb spied an opportunity to wind his mate up.

“If there was a lady co-driver who was clever and pretty… But, to be honest, it’s never a question I’ve asked myself because I’ve no need to and I don’t see that changing.” 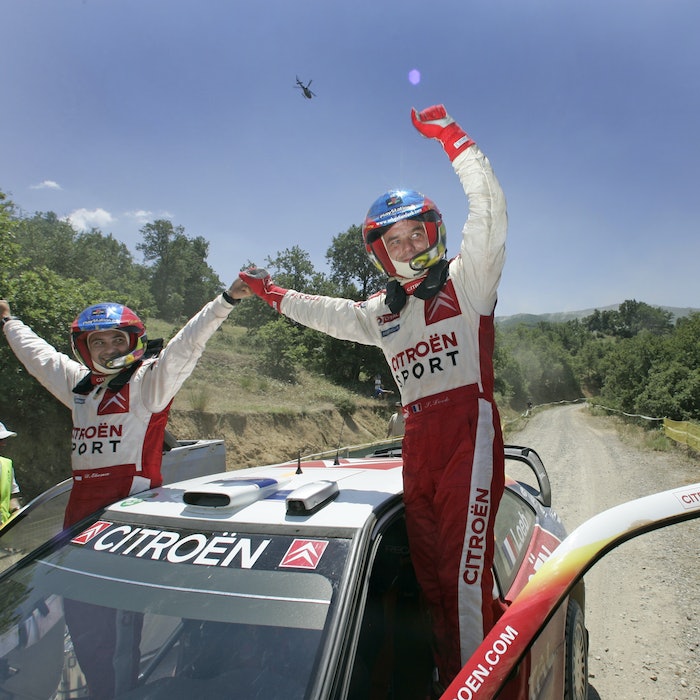 Well, 14 years down the line it’s changed. Loeb has asked himself that question and the answer is yes. And later this year, Loeb’s notes will come from a voice other than that of his fellow nine-time world champion Elena.

Loeb has, of course, been co-driven by other people from time to time. Family and friends have competed for fun, but since the start of 1998, when the times really mattered most, it was only ever Elena sitting to the right of the super-quick Alsatian.

Is it a surprise to see the pair split? Actually, it is.

It’s fair to say the main part of their careers is now behind them. At the top of their game, they dominated the World Rally Championship for a decade and won 44% of the WRC rounds they started together. On their way to 79 outright world rally victories, they landed 925 fastest stage times and 119 podiums from 180 starts.

With those days done, attention turned to Dakar in 2016. There was a degree of pressure within Peugeot for Loeb to drop Elena, simply because of the Monegasque’s lack of experience of off-road racing.

Loeb was having none of it, pointing to the benefits familiarity and the strong relationship he enjoyed with his mate would bring to the deal. They stayed together and made an immediate impression on Dakar, winning four stages and leading for five before they lost time sinking in the South American sand.

A year later and they were second, just five minutes behind team-mate Stéphane Peterhansel. A broken coccyx for Elena ruled them out of 2018 before a return to the podium came in 2019 with third place.

Missing last year because of their Monte Carlo Rally entry, they were in Saudi Arabia for the first time earlier this year. 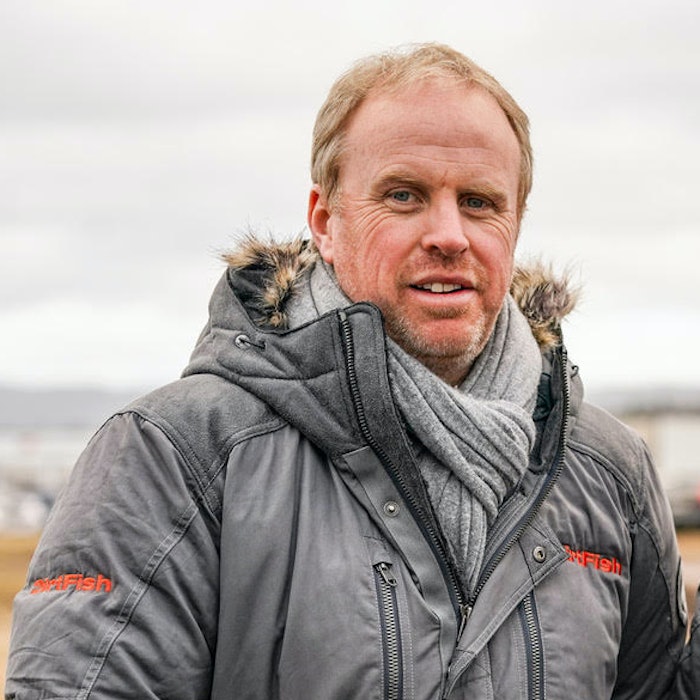 What Tuesday’s news shouts loudest to me is Loeb’s commitment to winning Dakar. He wants it and he wants it badly enough to drop his mate David Evans

So, why am I surprised?

Simply because they both looked to have settled into off-road racing and, dare I say it, semi-retirement. If there was a time for them to split, it was when Loeb moved to a radically different discipline and a discipline where there’s absolutely no shame in a regular stage rally co-driver holding his hands up and saying it’s not for them.

Co-driving off-road is a comprehensively different proposition to the WRC. So much of it’s based on experience and an ability to read the terrain and understand that, at times, they will get lost. Possibly for hours.

But, they stayed together. Until now.

We’ve got to be honest here and say Elena was never the most erudite of co-drivers. Part of the appeal for Loeb was that they were great mates, right from when ‘Danos’ was sleeping on his parents’ couch to save budget for their assault on the 1998 Citroën Trophy. 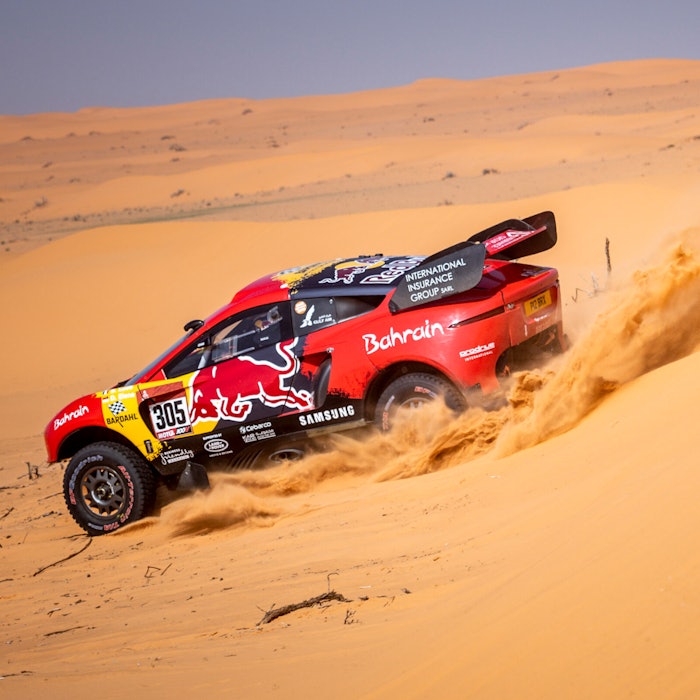 And that never changed. To see this pair between rallies or celebrating another win with a club-class pillow fight in the plane home from Japan demonstrated that they were the best of buddies.

That friendship endured the odd Elena mistake. In their first full season in 2003, Elena sent them the wrong way on a Turkish road section and their Xsara WRC would soon be forced into retirement, having run out of fuel.

Four years later and there was an even more public mistake. Running second going into the third Saturday stage on Rally Japan, the #1 C4 was just 10 seconds behind Mikko Hirvonen’s Ford. Another win and a return to the championship lead was looking good, until Elena got his lines wrong.

Going into a fourth-gear right-hander, Loeb’s note had the words ‘minus, minus’ added. Those words were crucial in knocking a little bit off speed off. So, when Elena called: “Plus, plus,” Loeb hit the apex in fifth.

“I knew,” said Loeb at the time, “as soon as we went to the corner we were not going to get around. It was Daniel’s mistake, but it’s the first one he’s made like this in 10 years.”

Elena was at a complete loss to understand how or why he’d changed the note.

It didn’t stop them though. Everything was forgiven. Loeb’s a thoroughly decent fella and, having wasted little time in chucking Elena under the bus at the scene of the shunt, he was equally quick to haul him out – pointing out: “I made mistakes myself in the past…”

There was the odd bit of speculation that Elena could be replaced. Citroën had, of course, a world class co-driver in Daniel Grataloup working on the logistics back in the service park and, on more than one occasion, Grataloup provided vital back up to keep Elena on the right road.

Only the two of them will truly know how much help Elena needed. 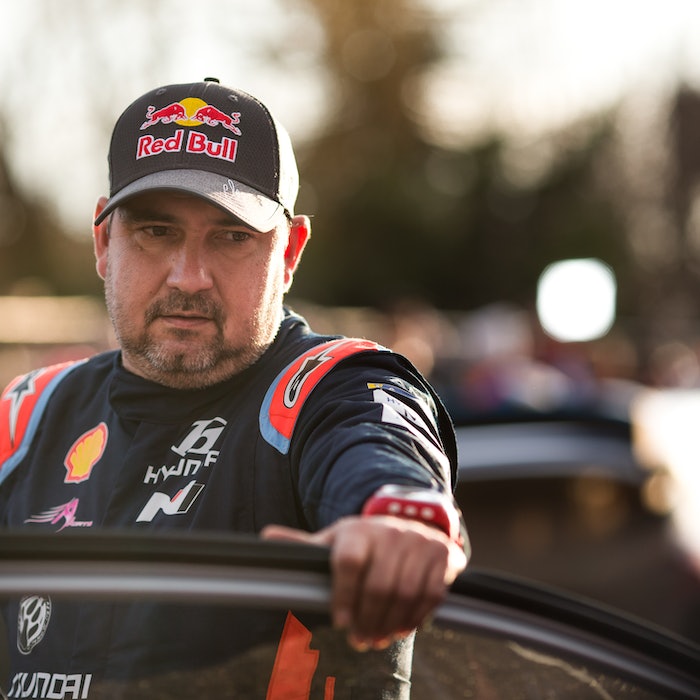 Your philosophy is simple: we are Prodrive, we are the greatest team in the world, we’ve won everything. But the last thing you won in the WRC was in 2003 Daniel Elena on Prodrive after his exit

Elena was, without a doubt, a source of amusement to Loeb. He was – and doubtless is – a funny guy. It’s fair to say that level of wit raised the odd eyebrow when the pair landed into Hyundai Motorsport at the start of the 2019 season.

I always got on with Elena, partly because of a shared appreciation of Michael Park. Beef. When he was lost to a 2005 Rally GB crash, some wrist bands were made in his memory. For a long, long time afterwards, Elena made a point of showing me he was still wearing his. Still remembering Beef.

But there’s no place for sentiment when sport reaches levels like the one Prodrive is operating at.

And, quite simply, Elena cost the team too much time. From early in the test program there were those on the inside who – privately – questioned the co-driver’s commitment and motivation.

But what Tuesday’s news shouts loudest to me is Loeb’s commitment to winning Dakar. He wants it and he wants it badly enough to drop his mate.

Make no mistake, this was a joint decision. Prodrive would likely have taken Elena back if Loeb had made it a deal-breaker. But the evidence is there, Dakar demands a specialist co-driver and when push comes to shove in the sand, Elena’s nine world championships actually count for very little.

And as for his opinion that Prodrive made an ‘onion’ and a ‘s*** onion’ at that, well I’d probably go back at him with grapes. Sour ones.

Nani Roma couldn’t have carried a ‘s*** onion’ to fifth overall on a typically complex and arduous Dakar as January’s. And, much as Elena will never have it, Prodrive’s vast engineering experience will be brought to bear on the BRX Hunter in a way that he simply wouldn’t be able to match from the co-driver’s seat.

It’s a sad end to what’s been one of rallying’s most enduring and undoubtedly its most successful partnership. But, like Loeb said, he’s 47 and he doesn’t know how many more chances he’s going to get to win the world’s toughest rally.

Sacrificing more than 20 years working with his mate is a price he’s willing to pay for that win.