It’s time to utter our favorite phrase: it’s rally week! The second round of the 2021 American Rally Association presented by DirtFish National season – the 100 Acre Wood Rally – is fast approaching, and it promises to be an absolute classic.

There’s plenty to get excited about given how close the competition proved to be on the Sno*Drift Rally last month. There, Travis Pastrana took victory ahead of Subaru Motorsports USA team-mate Brandon Semenuk with defending champion Barry McKenna finishing third – his lowest placing since 2019.

As always, there will be plenty of unique pre-rally content over the next few days on DirtFish, starting with this handy guide telling you everything you need to know about the upcoming 100 Acre Wood Rally.

First run in 1977, the 100 Acre Wood Rally has been a firm favorite for generations. One of the jewels of the US rally calendar, the rally is characterized by fast straight and sweeping corners with a high average speed.

The first-ever victor was the legendary John Buffum who roared to a dominant victory in a Porsche 911 Carrera RS 44 years ago. He would go on to claim four further 100 Acre Wood victories in the forests of Missouri in 1978, ’79, ’80 and ’83.

His record of five wins was one that stood the test of time; 29 years in fact until Ken Block scored a sixth 100 Acre win in 2012. The 100 Acre Wood Rally is Block’s favorite event on the US calendar and it shows with his seven victories.

The first of those was claimed in 2006 and was his first-ever rally win. Like Buffum, Block would go on to win four in a row but he went one better, winning every iteration of the event from 2006-2010, switching from Subaru to Ford for the last of those five successive triumphs. He ensured the win record bar was set even higher, with his seventh 100 Acre Wood Rally victory in 2014. 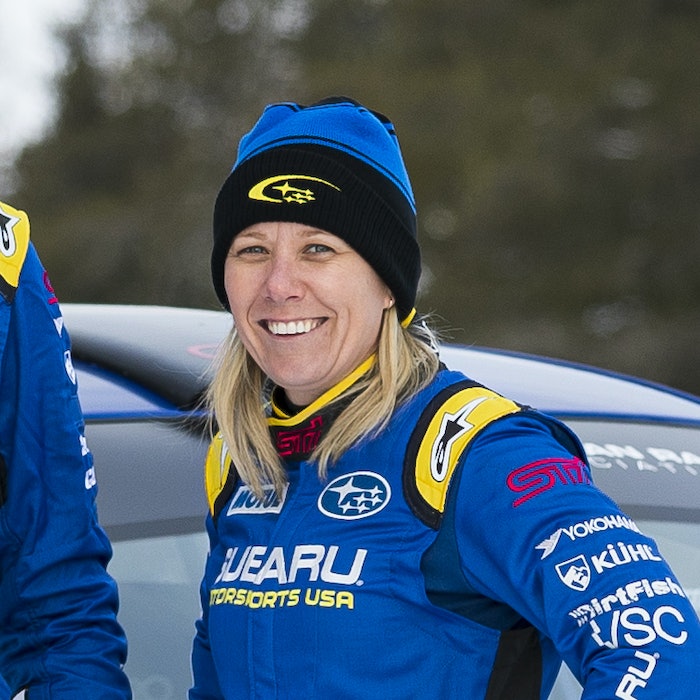 Pacenotes are crucial because if you're coming into a corner and it's a left 6 but there's crown on the road, you need to know about that crown Travis Pastrana's co-driver Rhianon Gelsomino

Comparatively, 100 Acre Wood has traditionally been a weaker event for another giant of US rallying: David Higgins. The Briton has won the rally twice in 2013 and ’15 as has Rod Millen in 1981 and ’82, while Travis Pastrana and Barry McKenna have each won here once.

As mentioned above, the 100 Acre Wood Rally is famed for its speed. There is no faster rally across the entire season, meaning to succeed the driver must be ready to hang it all on the line.

The event is characterized by some stunning yet deceptive scenery, as the wide, fast roads are ready to catch the very best out. There are however several twisty sections included too to keep the drivers on their toes but the speeds remain high throughout.

This adds extra emphasis to the pre-event recce, with accurate pacenotes more crucial than ever with the average speeds so high.

“Pacenotes are crucial because if you’re coming into a corner and it’s a left 6 but there’s crown on the road, you need to know about that crown,” Pastrana’s co-driver Rhianon Gelsomino told DirtFish last year.

“So if someone’s just written a corner and they’ve just called it a number like a left six and you’re hitting that max flat out, not lifting on the gas, and then all of a sudden you get on the wrong side of that crown it can be a disaster.”

Another key feature of the rally is the iconic cattle guard jump where cars are kicked into the air and leap great distances.

You often witness a variety of approaches to this spot with some erring on the side of caution and others keeping their foot welded to the floor, but it’s always a favorite spot with the photographers and videographers who capture the cars at full flight.

The 100 Acre Wood Rally became the first ARA victim to the COVID-19 axe that canceled hundreds of events worldwide last year and wasn’t rescheduled. However, the same stages were used in the rebranded Show Me Rally which was the penultimate of five championship rounds in October 2020.

It proved to be a historic affair, as Brandon Semenuk won his very first ARA National rally and Barry McKenna took his maiden ARA National title.

McKenna didn’t need to win the Show Me Rally to secure his title but he was still determined to put in a strong performance, but he couldn’t keep with Semenuk’s Subaru in his Ford Fiesta WRC. McKenna led after the first day but Semenuk hit the front thereafter, aided by McKenna checking out of service late after a transmission change.

Travis Pastrana had hoped to be a factor but “blew it” when he ran wide on the aforementioned crown that Gelsomino described and picked up two punctures. That restricted him to third place at the finish.

The ARA hasn’t seen an entry this strong in a good while, with over 90 cars taking the start in Missouri this weekend.

All the usual suspects are in town but there are some returning faces in Jeff Seehorn who skipped the Sno*Drift, Martin Donnelly and Patrick Moro. The number of R5 cars competing is ever-increasing event-by-event too, with over five of the machines wading into battle in Missouri.

DirtFish Motorsports will once again be represented by Nate Tennis who despite some costly moments bagged second overall in the two-wheel-drive class on round one. He will be joined by Kristin Saada in another Subaru BRZ who makes her second rally start following her debut on the DirtFish Olympus Rally in November.

Due to ongoing coronavirus restrictions, the 2021 100 Acre Wood Rally is strictly a non-spectator event and any onlookers who are spotted out on the stages will be swiftly dealt with.

As such, route details are not being made public but DirtFish can confirm Friday’s first leg of action will consist of six stages with a loop of three repeated in the afternoon.

Saturday’s second and final leg is made up of a further eight stages in a less traditional format with some stages contested just once. The final loop of three stages provides a sting in the tale, as at 25.64 miles it is the longest section of the rally.

In total, crews will compete on 102 miles of special stages and the rally will be based in Salem, Missouri. 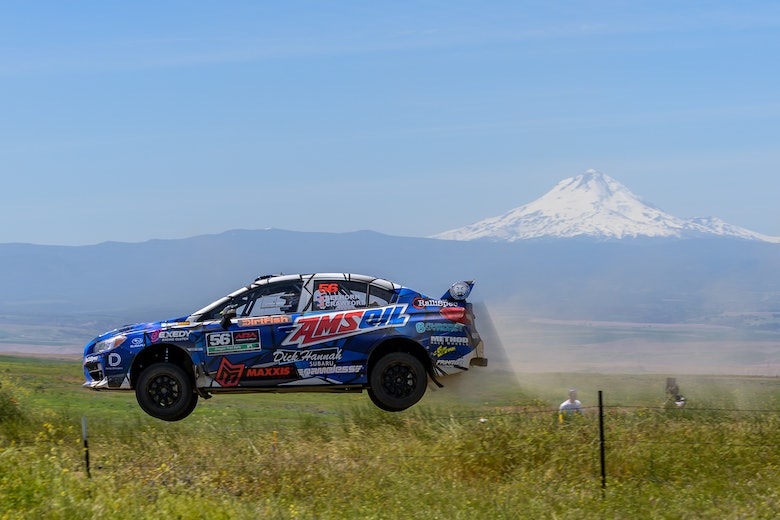 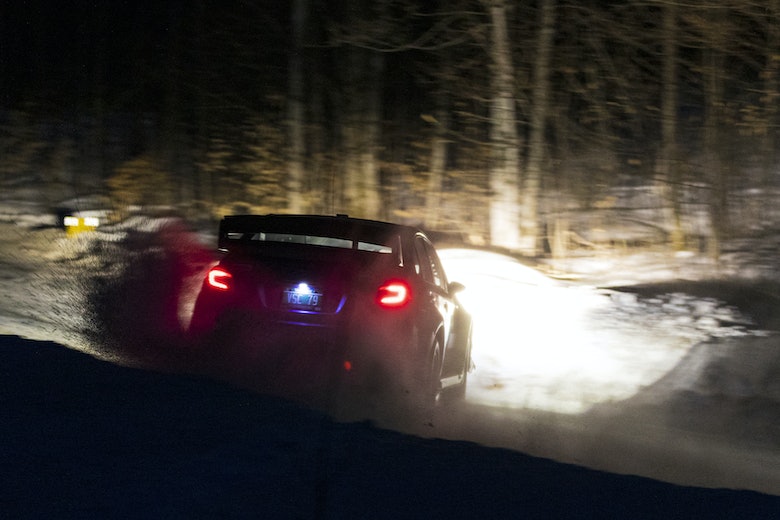 The $1 bet keeping ARA frontrunners on their toes 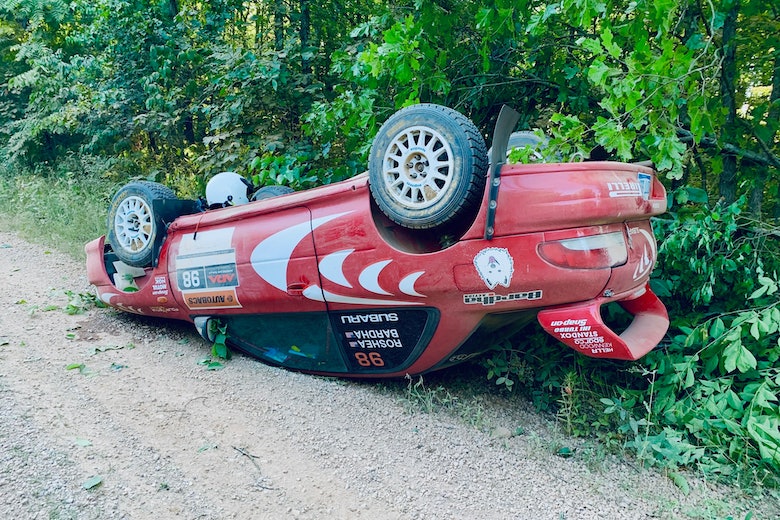 One year on: The battle that led to Mexico’s early finish