It’s been a while since the American Rally Association presented by DirtFish National series last headed to the Great Lakes of North America for the Lake Superior Performance Rally (LSPR), but it’s back in 2021.

This year’s event is arguably one of the most intriguing of the season with both Subaru Motorsports USA’s Travis Pastrana and Brandon Semenuk as well as 2020 champion Barry McKenna all missing from the entry.

While Ken Block is expected to win unless he suffers problems, it does open the door for some new names to get up onto the podium. Here’s who we think you should be watching this weekend.

Look, if you aren’t already eager to see the next battle towards the LN4 Championship between Ele Bardha and Mark Piatkowski, nothing I could say could convince you.

But the rest of the field is so stacked with drivers ready to try to steal points away from the duo it would be a shame to let them go unnoticed. One driver worth keeping an eye on is Dave Carapetyan, better known as Texas Dave.

Texas Dave is the founder of Rally Ready Driving School, located in, you guessed it, Texas. He has been racing since 2004 and made his season debut last time out at Ojibwe Forests Rally.

An unfortunate yet extremely light roll took him out of the competition early on, but on day two competing in super rally, Texas Dave was able to trade stage winning times with Piatkowski and Bardha as the two focused on their own battle. Expect him to impress at LSPR. 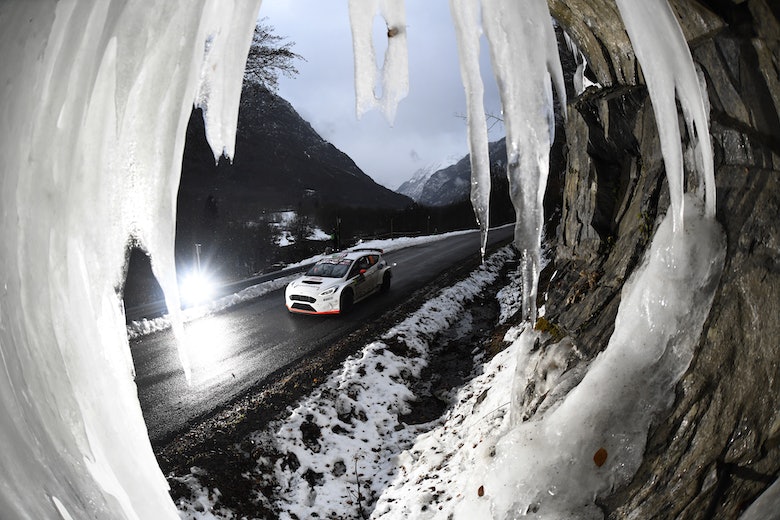 WHY RICHARD BURNS’ GODSON IS HEADING TO ARA

Back for more following fourth overall on Ojibwe Forests Rally, Tom Williams could be well placed for another strong result in his Ford Fiesta Rally2. The former Junior WRC driver is all about learning four-wheel-drive and improving his pacenotes this year, so it’ll be interesting to see how his pace comparative to Block progresses since Ojibwe.

He’ll once again be partnered by Hannah Davison after originally being entered alongside David Higgins’ long-term navigator Craig Drew. But, understandably, Drew committed to another drive with Oliver Solberg in a Hyundai i20 Coupe WRC in the World Rally Championship, as Rally Spain clashes with LSPR.

Though Al Dantes is competing in the regional competition, he’ll be one to watch regardless. We’ve highlighted Dantes’ FC RX7, “Rexine,” before, a car with a long rally history that Dantes eventually dropped an LS in, but a Yooper himself, he’s extremely close to home at LSPR, and one of the highest speed-rated 2WD drivers in the rally.

If you’ve only paid attention to the national scene you might not have heard of Dantes before, but his career spans all the way back to 2007, and he has plenty of experience behind the wheel. He’s one of the favorites among his grassroots competitors, and his fun-loving attitude carries over into his driving. Expect loud cheers and loud exhaust at spectator areas every time Dantes makes a pass, and with Seamus Burke’s Escort absent from competition, the duo has a real shot at being the fastest 2WD car of the weekend.

Fresh from securing another two-wheel-drive championship win last time out in his Mustang-engined Ford Escort Mk2, Seamus Burke will make his second four-wheel-drive start of the season at LSPR.

Piloting a Mitsubishi, Burke will likely be competing with Tom Williams and his son Joseph for an overall podium this weekend and while his car might not be quite as potent as the R5/Rally2 machinery, what Burke doesn’t know about rally driving isn’t worth knowing about. He has more than enough skill to make the others sweat.

Son of Seamus, Joseph Burke will once again be piloting his Ford Fiesta R5 at LSPR. Burke has been competing at many of the national rounds in the ARA this year in the same car but has been plagued with serious mechanical issues every single round despite showing some of the best pace in the RC2 class.

An unfortunate season for sure, but now with plenty of time to get the car dialed in, it might just be time for Burke to shine. His main competition will come from Tom Williams and Kyle Tilley, both also in Fiesta R5 cars, so there’s plenty of exciting possibilities in the RC2 class. As a bonus, with Seamus competing in a more similar car than usual, you might see the father-son duo making attempts at one-upping each other.

What happened the last time Rally Spain was all-asphalt