Rally Spain has always been an asphalt round of the World Rally Championship, but not necessarily exclusively. The very first iteration of the rally was a mixed-surface affair and regularly the rally would switch between being a hybrid of gravel and asphalt or just purely asphalt.

But since 2010, Rally Spain has been the former with one leg (often the first) on gravel and then the following two days of action being staged on asphalt. This year the event organizer has done away with the gravel in favor of a 100% asphalt rally; the first time this has happened since 2009.

Back then, the WRC was broadly a two-team affair with Ford taking on Citroën at the head of the field while each manufacturer also ran cars for semi-works teams Stobart M-Sport and the Citroën Junior Team.

But despite the lack of quantity, the fight at the front was fierce. Sébastien Loeb – then a five-time World Rally Champion – thought he had taken a vital haul of points away from arch rival Mikko Hirvonen by winning the previous round in Australia, but a paperwork error meant Loeb’s Citroën C4 WRC was deemed to have illegal anti-roll bar links and one minute was therefore added to his overall time.

That gifted Hirvonen a victory he thought he’d lost by 12.5 seconds and earned him a crucial five-point advantage (instead of one) with just two rounds of the 12-event season remaining. But that was going to be difficult to protect on Rally Spain as asphalt was a surface Loeb hadn’t been defeated on since the 2006 Monte Carlo Rally.

And worse still for Hirvonen, Loeb’s team-mate Dani Sordo had an equally impeccable asphalt record with seven second-place finishes since his WRC debut three years earlier. To underline the point, Citroën had finished one-two on the last three editions of Rally Spain prior to 2009.

Hirvonen only needed two seconds to guarantee himself the title, but he knew that was going to be a tall order up against the Citroën opposition. 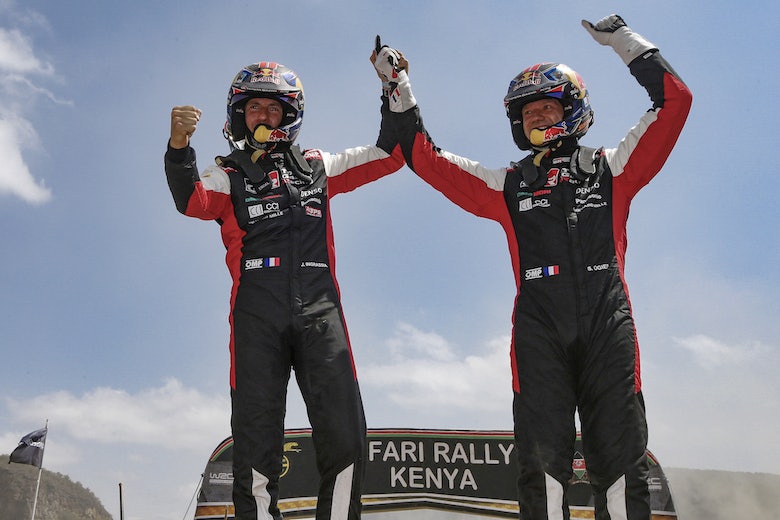 OGIER’S THOUGHTS ON HIS WRC CAREER WITH INGRASSIA

Hirvonen’s early pace was however extremely encouraging. Although Sordo pipped him to SS1 victory by a second, Hirvonen beat Loeb by the same margin to put himself right in the thick of it.

As for the rest? They were already nowhere. Solberg – driving a C4 WRC for the first time instead of the ageing Xsara WRC – was fourth but 15.9s down with Ford’s Jari-Matti Latvala and Ogier 17.8s and 23.8s back respectively.

The first stage was perhaps a false dawn for Hirvonen though. While he was still comfortably quicker than most on SS2, Loeb vaulted past him with a stage time that was 4.8s quicker. But it was Sordo who still led, again beating Loeb to open up a 3.8s overall advantage.

It set a trend for the rest of Friday. Sordo pulled another second clear on SS3 and by 0.1s on SS4. The local driver did lose some ground to Loeb across the final two stages of the day, but he shredded the pre-event script by holding a narrow lead over his title-chasing team-mate overnight. 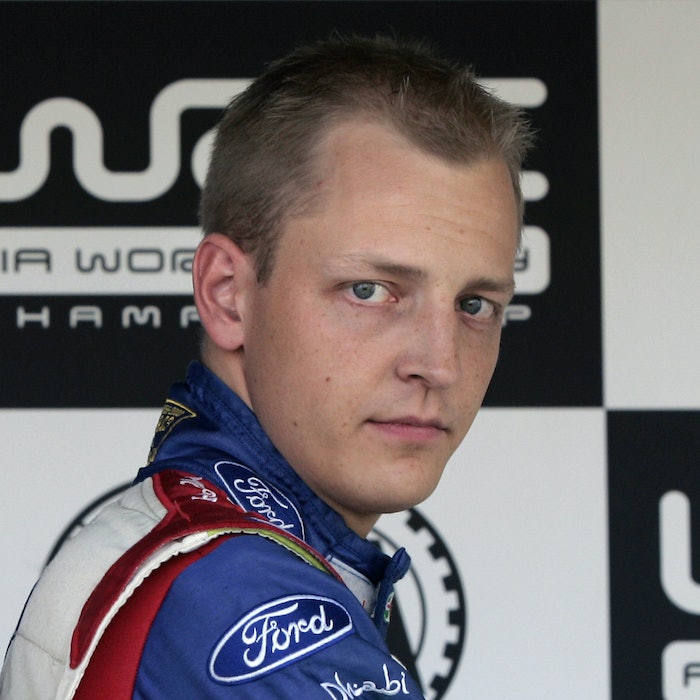 I think by driving I can't really catch them. Mikko Hirvonen

Hirvonen? He was over half a minute adrift of the pace-setting C4s in his Focus RS WRC. There was little pressure behind with a 25.5s cushion to Solberg who was in fourth, but he was already becoming merely a spectator to the battle out front.

“I think by driving I can’t really catch them,” conceded Hirvonen after the first leg.

However, Sordo leading Loeb was Hirvonen’s silver lining. But surely Citroën would have to intervene soon if Loeb wasn’t able to get the better of Sordo with all things square?

Saturday would provide some answers. Incredibly, on the longest stage of the rally (23.78 miles) Loeb beat Sordo by 1.6s to share the overall lead with his team-mate after 1hr32min of competitive driving.

Loeb moved clear of Sordo for the first time – albeit by just 0.2s – on SS8 only to lose it again on the very next test. Sordo’s advantage stood at 0.9s as the pair headed to service and he wasn’t talking like a man instructed to back off.

“It’s a really great battle and I enjoy a lot in the stages,” commented Sordo. “I have very good confidence with the car on the last stage, not on the first the car was understeering a lot. But after I changed for the second and third stage and it was better.”

Asked if this duel was healthy, Loeb responded: “Yes, it’s OK. We are in a situation where we need to keep the concentration and to have this little fight is good for that. For me I prefer this than to be alone and to say ‘what can I do now?'”

Battle on then, and Sordo extended his lead on SS10. But Loeb responded on the next test to keep Sordo on his toes before the inevitable happened. Sordo reduced his pace across the line on Saturday’s final stage, dropping 2.6s to Loeb to trail by 1.5 overall.

“I lost time at the end but otherwise it’s OK,” Sordo explained at the end of SS12.

Did he lose time on purpose? 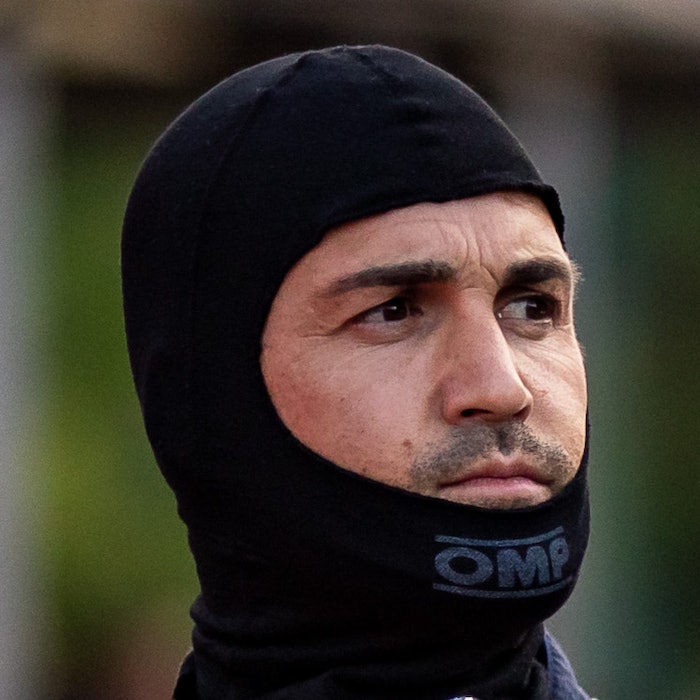 I don't know if it's frustrating or not, it's strange, but it's the job for the team and for Séb and I accept. Dani Sordo

“I lost time, I make a mistake,” was the response, albeit to the space ahead of him rather than to the stage-end interviewer.

However Loeb came clean in the media zone. Asked if Sordo had been asked to slow down, Loeb said: “Yes, but we know that it’s very important for me to finish in front of Dani and Mikko behind, so it gives me another chance for the championship.”

Sordo: “The distance is only one second, it’s not too much but we will see. At the moment it’s not possible because the situation is very difficult but I enjoy. I don’t know if it’s frustrating or not, it’s strange, but it’s the job for the team and for Séb and I accept.”

An orchestrated finale was therefore in order. Sordo was keen to make his point though, closing to 0.6s behind Loeb after the Sunday’s first stage, but despite challenging Loeb harder than he had ever before Sordo painfully knew that – in front of his home fans – he was never going to be allowed to win his first ever world rally. 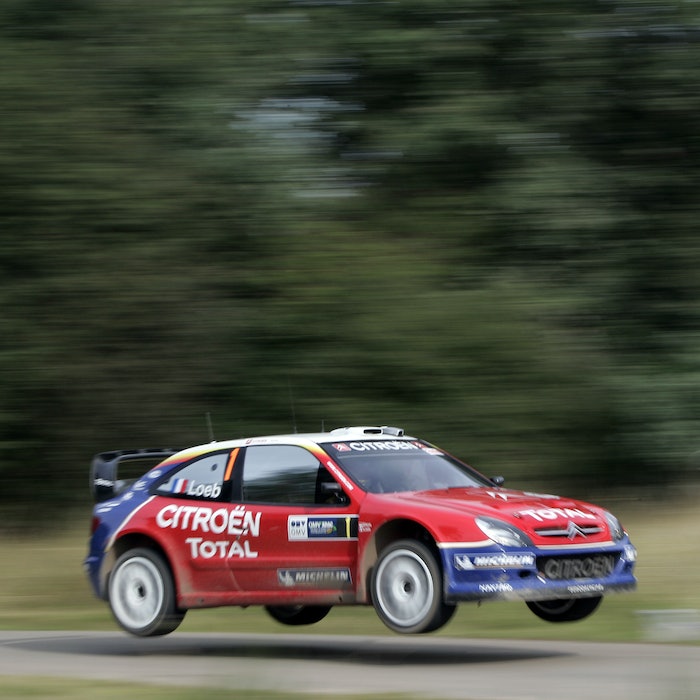 It's been an exceptionally successful manufacturer, but who has joined Loeb in its winners circle

And so it ultimately proved. Loeb’s rally lead steadily increased across the final day as Sordo’s times dropped; the end margin between the two Citroëns standing at exactly 12s.

“This one was tough because Dani was pushing very hard at the start,” said Loeb, fresh from claiming WRC victory 53 of an eventual 79.

“We tried to fight then we knew also we don’t have to make any mistake fighting together, it’s so important for us to finish. It was really a pleasure to drive again on Tarmac.

“I know that Mikko will be very difficult to beat there [in GB],” added Loeb on the intensifying title fight. “He’s very good in Wales but we have again a chance to win the championship and that’s the main thing.”

The one-two in Spain guaranteed Citroën another manufacturers’ title; an accolade its director Olivier Quesnel labeled “Dani’s title” as “without him we can’t succeed, and the drivers’ title will be Séb’s title”.

Solberg and Ogier – on his first pure asphalt event in a World Rally Car – both tried to do a job for Citroën and kept Hirvonen under pressure in fourth and fifth, but Ford’s Finn was undeterred to net a vital third-place in Spain.

“It wasn’t the best rally but it’s going to be all-in now in GB,” Hirvonen smiled. “So that’s going to be some rally, we’ll see how it goes in the last one.”

However, Hirvonen’s smile would soon dissipate. Leading Loeb by one point going into the final round in Wales meant the event was a winner-takes-all showdown. And while Hirvonen had been catching Loeb on the final day, a loose hood pin flipped the hood over Hirvonen’s windshield and wrecked any hopes of a maiden world title.

Loeb won Rally GB by over a minute and a sixth world title by just a single point.

Sordo’s time meanwhile would come four years later as he finally broke his WRC victory duck on Rally Germany 2013. This year offers him another chance to try to win at home as he lines up in a Hyundai i20 Coupe WRC. 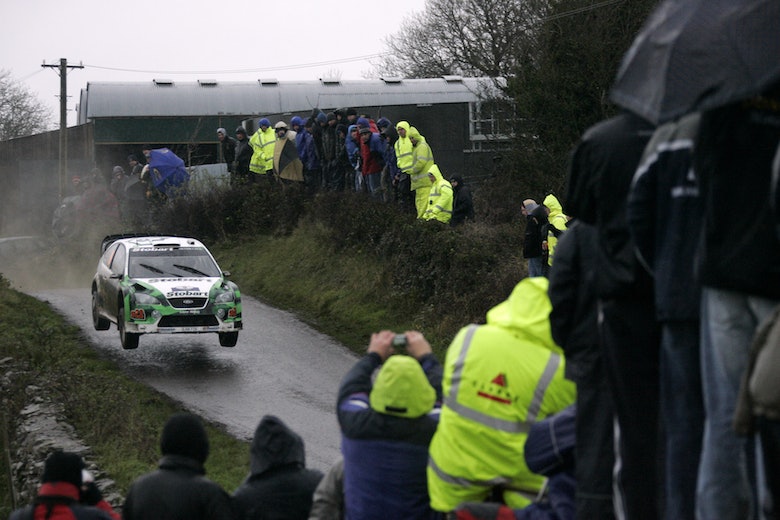 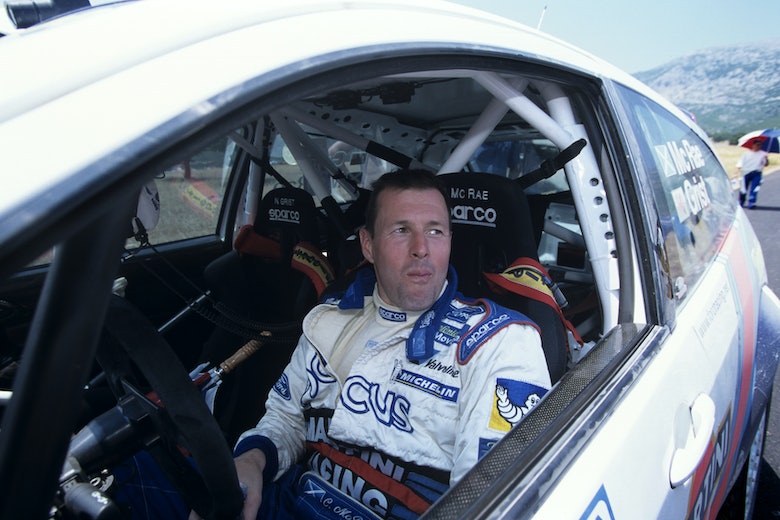 When McRae juggled danger to win his first Acropolis with Ford 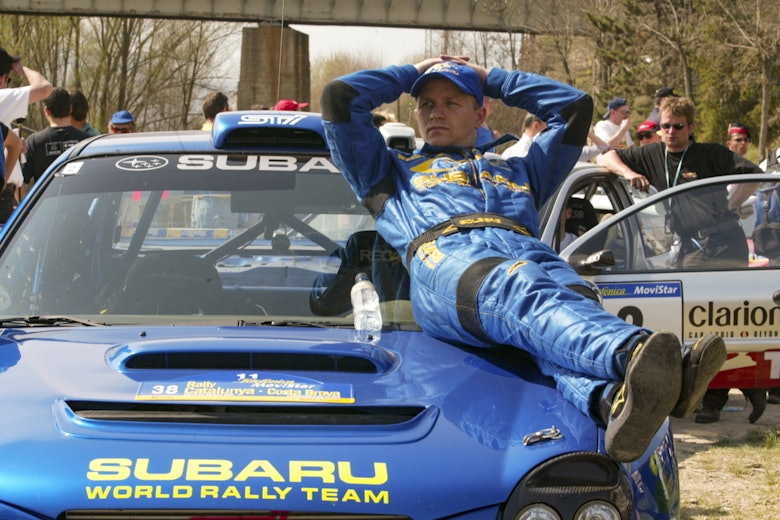 Ogier’s thoughts on his WRC career with Ingrassia