We’re fast approaching the business end of the 2021 American Rally Association presented by DirtFish National season, as the championship prepares for the Ojibwe Forests Rally once more.

It feels like barely any time has passed since the last event in New England, but scores will be reset and the battles will enrage when the Ojibwe event gets underway on Friday.

While the entry of 65 cars may not be the biggest of the year so far, it is still jam packed with quality. Here’s who the DirtFish team reckon is worth watching in round six this weekend.

The championship leader will be well worth keeping a close eye on throughout Ojibwe Forests Rally given all the pre-event drama only serving to further strengthen his championship hand. With the late withdrawal of Barry McKenna, and then a testing crash for his team-mate Brandon Semenuk forccing him out, Travis Pastrana only needs to finish fourth to claim the 2021 ARA title.

It will therefore be fascinating to see what approach Pastrana decides to take. Will he go flat-out and push for the win – with the added allure of becoming the record-winner on Ojibwe – or back off a touch and play the percentage game?

There’d be merit to both strategies, but you can imagine co-driver Rhianon Gelsomino’s message will be ‘bank the points’ given their rally-ending crash four miles from home last month…

It’s always great to see familiar faces return, and Bucky Lasek is a very familiar face to the world of rallying and rallycross. Lasek doesn’t have as much stage experience as most, with this just being his fourth start in five years, but the 10-time X-Games gold medalist spent about five years driving for Subaru Motorsports USA’s Global Rallycross team during the 2010s and has multiple podiums to his name.

Entering as a privateer Lasek will still be piloting a Subaru, but this time it will be a beautifully prepped L4WD GC Impreza. This will stack even more competition into an already packed LN4 category, and provide current leader Ele Bardha with a bit more pressure if he wants to take as many points as possible this weekend.

The ARA has proven to be very attractive to newcomers in 2021, whether that be young Europeans on their way up the rallying ladder (including Tom Williams who appears this weekend) or even rockstars in the shape of Vivian Campbell.

But Kyle Tilley has the potential to usurp the lot on the excitement scale as a NASCAR and endurance racer with a passion for rallying that’s decided to give motorsport’s muddy side a proper go. 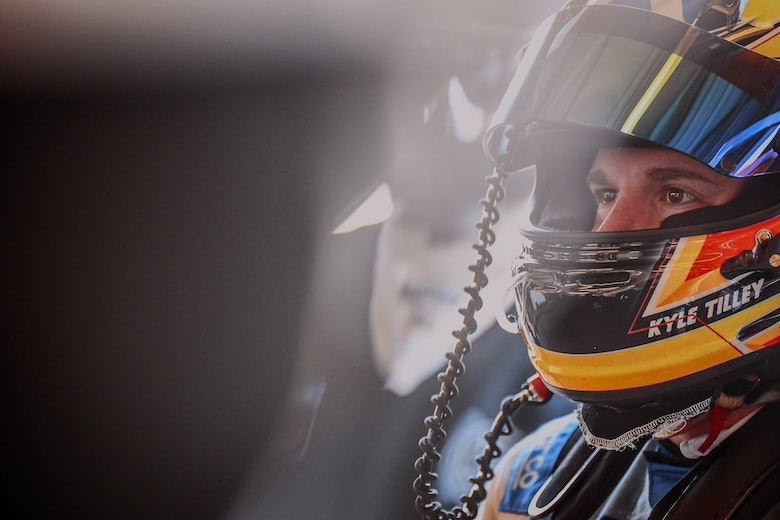 The racing driver set to realize a dream in the ARA

Tilley will drive a Mitsubishi this weekend, but owns an insane collection of cars including an ex-rally and rallycross MG Metro 6R4! If his driving ability on the loose is as great as his passion for it, Tilley won’t just be one to watch out of interest but one for his rivals to watch on the timesheets too!

This may only be Scott Putnam’s fourth start behind the wheel of a rally car, but the hometown hero has almost 120 starts sitting 100cm to the other side of the car.

Putnam started co-driving in 2001 and has made a great name for himself over the years, winning the 2009 Rally America Central Limited championship with Mason Moyle, and two RA National Super Production Championships with Lauchlin O’Sullivan.

Entering the L4WD class in Ojibwe, Putnam knows the stages well, and with a decent amount of seat time behind the wheel now, it should be interesting to see what he’s capable of.

Mark Piatkowski has been a bit of a familiar face on these lists but for good reason. The breakthrough driver has been extremely impressive in his first year running as a National competitor in multiple rounds.

Piatkowski and his 2.5 RS Impreza have claimed two LN4 wins and another podium, twice have been able to reach top five overall, and the whole time they’ve been doing it with a simple, home-grown family team that’s majorly self-funded.

MAP Rally Team hadn’t been planning on running Ojibwe Forests Rally, but after learning he was in contention for not only the NA4WD Championship, but the LN4 as well, Pitakowski scrabbled together as much money and support as he could to get him and his team out for the competition as the last entry.

Southern Ohio proved he could win on technical stages, and New England Forest Rally proved he was competitive on high-speed stages. We’ll be eager to see how he can adapt to the new experience at Ojibwe.

The racing driver set to realize a dream in the ARA