The American Rally Association presented by DirtFish National championship has officially passed the half-way point of the 2021 season. With that in mind, it’s a good time to look at the points and see what’s really happening in the championship.

With so many competitive racers it’s difficult to take every single possible outcome into account, but we’ll give you the facts for some of the top runners in each class, as well as our own prediction for how the championship will play out in the end.

First, a quick overview of how the points system works in the ARA, as there’s not an official explanation easily available.

At each event points are given based on finishing position, and the system is as follows:

At the end of the season the six best (from a possible nine) finishes are taken into account while the three worst are dropped, both to accommodate for team budgets that might not be able to make every event on the calendar, as well as leniency for breaks and wrecks.

With that in mind, let’s get into our half-season analysis.

It’s no secret that the overall championship has been dominated by the O4WD cars for years, and this year is no different. Four of the current top five are O4WD class, only interrupted by fourth place John Coyne in the RC2 class. Since the RC2 class has its own championship, we’ll focus on Coyne more there, and the O4WD drivers here.

Travis Pastrana leads the championship by a good amount right now, 23 points ahead of team-mate Brandon Semenuk. Pastrana started off the year with three straight wins before taking second at Southern Ohio Forest Rally, and a single DNF at New England last weekend.

Going into last weekend, two wins would have secured the championship for Pastrana, putting him at 127 points, and the same still rings true. Pastrana is still the only person capable of reaching the maximum 132 points; Semenuk and Barry McKenna are able to reach 122 and 124 respectively.

Semenuk has two second place finishes, one third and one fourth this season, as well as the DNF he got after crashing out of Olympus Rally. While Semenuk could nearly tie Pastrana at Ojibwe in the event that Pastrana DNFs and Semenuk wins, the newest Subaru Motorsports USA driver would need some luck for that to happen.

McKenna is in a similar situation to Semenuk with 50 less points after being unable to compete in Olympus Rally, as well as scoring a DNF in New England. Many expected McKenna to be dominant this season with his new bespoke M-Sport built WRC Fiesta, but teething pains and blown tires have stunted that success.

Taking straight second place finishes over the next four events would land McKenna at 104 points, while a single win from Pastrana would land him at 105, therefore McKenna will need to start knocking out some more wins soon if he wants to score back-to-back titles.

Ken Block has been having a rough year learning his new Subaru, but has started to show some serious speed, having been in second place the whole rally until losing an input shaft last time out.

Unfortunately for Block, the championship is now officially out of reach as missing out on Oregon Trail Rally in November will make him unable to reach more than 103 points if he’s perfect for the next three rounds.

For fun, let’s also look at David Higgins. It’s unclear as of yet if he’ll run the rest of the season, but let’s say he does. If Higgins were to win the last four events of the season he’d end up at 110 points. It’s certainly possible for him to win, but realistically, it would require a perfect performance, and for other drivers to stumble quite a bit.

DirtFish says: I think this is still Pastrana’s year. Teething pains for McKenna’s new car and Semenuk still learning some of the events makes me think Pastrana can hold out. But Pastrana isn’t one to sit back and take an easy win, so I think we’ll still see him push as hard as possible meaning anything could happen, as we saw last weekend.

The RC2 class has been its busiest ever this year for sure, but the competition still isn’t as stiff as at the top of the field. Many competitors have been inconsistent in running events, and promising new entries such as Joseph Burke have had incredibly bad luck working through teething pains.

Coyne currently leads the class with 72 points; he’s taken four podiums including two wins, and only crashed out at Sno*Drift back in February. He stands to max out at 110 points if he gets wins at his next four events, which isn’t extremely likely but the 71-year-old is the king of consistency, so we can likely expect more podiums.

Burke and Ryan Booth have without a doubt been some of the fastest drivers in class, but with each having high attrition rates, they both sit outside of the top five, making them unlikely to come back for a late-season victory.

McCormack has been consistent and landed 56 points, making it possible for him to start out-performing Coyne for the class victory, but he’ll need to start getting some wins soon.

Robey and O’Sullivan are in contention byt they probably won’t be able to make the push necessary to take the class championship.

DirtFish says: An Irish driver will win. OK but seriously, I think Coyne has it in the bag. McCormack could come back but this season has seemed more like a learning experience in the Hyundai for him rather than a serious push for the title. Burke has been fast but extremely bad luck with his car has led him to not finish an event yet, and Booth has had too much misfortune with attrition as well. All Coyne needs to do is sit back and be consistent, which is, after all, his strongsuit.

The ARA has both the O2WD and L2WD National classes, but the L2WD Cup currently only includes four competitors; one of whom just sold his car, so for now we’ll focus on two-wheel-drive combined.

Seamus Burke leads with three class wins. Following a DNF at the brutal Rally in the 100 Acre Wood and an O4WD entry for Sno*Drift, he finds himself with 66 points.

Last year’s runner-up behind Burke due to a tie-breaker, Michael Hooper, has announced he won’t be running the rest of the season due to a recent personal opportunity, and while his cars will still be rented out, he won’t be here to back up his previous championship.

Brad Morris currently sits second in the class, campaigning both a Mitsubishi Mirage and a front-wheel-drive Lancer. With 39 points he’s not out of the question, but Burke’s insane V6 Escort Mk2 is a difficult car to hunt down.

McKenna Motorsport competitors André D’Orazio and Cian McCormack have 36 and 32 points respectively, but they’ll need to get some wins if they want to have a shot at taking down Burke. And given D’Orazio has been absent from the past two events, and is not entered into Ojibwe Forests Rally, it doesn’t look good.

Cameron Steely could make a last minute comeback, but again, it would require near perfect results, and some issues on the part of Burke.

DirtFish says: It’s got to be Seamus Burke. He has too much car, talent and too much of a lead to lose it.

LN4 is a combination of the L4WD and NA4WD class. The contenders here have been incredibly competitive at each event this year, with a lot of upsets breaking into the top of the field. While sometimes these classes are treated separate, for the sake of this analysis, we will view them as one. 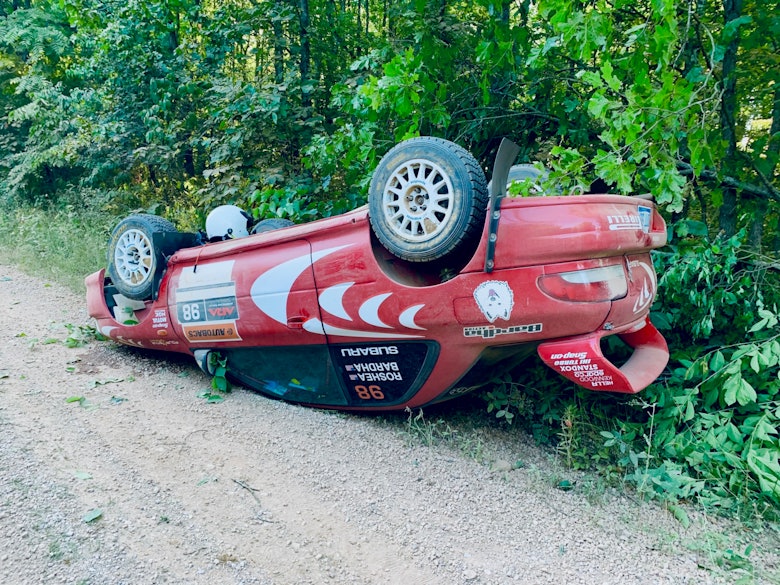 Ele Bardha leads the class with an impressive showing at each rally, making the podium at each event so far. The professional stuntman has 84 out of a still possible 110 points and doesn’t appear to plan on slowing down. The past few events, the NA4WD class has proven to be a bit faster than L4WD but that hasn’t fazed Bardha.

Second place Mark Piatkowski has been impressive this season as well, with 61 points and two class wins. The problem is many of the competitors in this class aren’t able to compete in the whole National calendar. Piatkowski can take advantage of the three dropped rounds, but it will be hard to continue to hold on to Bardha as he will be absent from some of the few events left.

The same story stands for Arek Bialobrzeski. He piloted his H6-powered Impreza hatch to the LN4 win in New England, and had a strong showing at Southern Ohio, but without running a full season, he’d struggle to hold a candle to Bardha’s performance.

Rounding out the current top five, Travis Nease and Dan Coulburn are no doubt capable of taking Bardha down at a rally, but also lack a full season.

DirtFish says: I know it’s totally lame to choose the top driver in each class, but I still have to go with Bardha. He and co-driver Corrina Roshea are an absolutely killer team. That being said, I really want to see the current top five or so in this class all run a full National championship. The competition would be a complete toss up going into each rally, and would make for a seriously exciting class to watch. 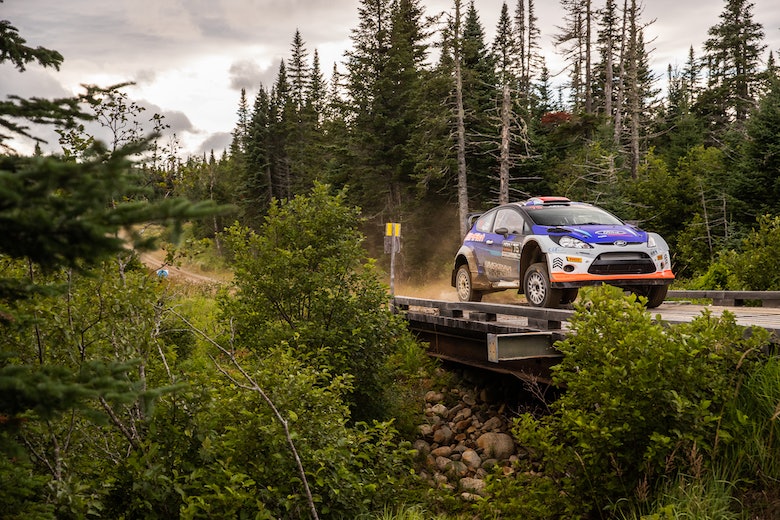 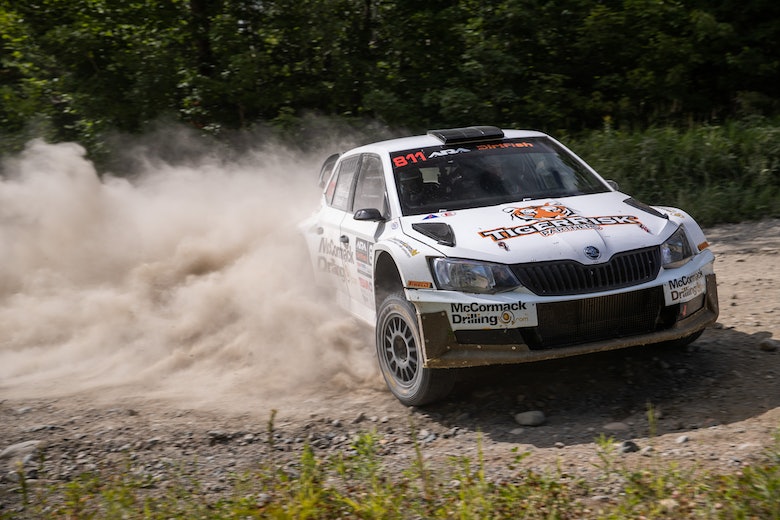 How a wild NEFR proved Pastrana’s claim was right 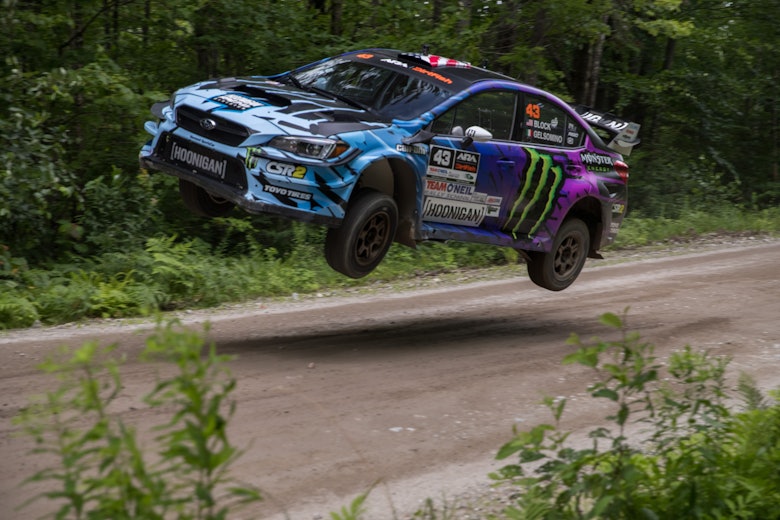