The championship leader finished the rally with a 2m06.4-second deficit to reigning champion Barry McKenna and had 24s in hand over his team-mate Brandon Semenuk. A dominant drive from McKenna then, where Pastrana had the edge over his stablemate? Not quite.

While the dominant McKenna part did ring true – the Irishman was quickest on four of the rally’s eventual 10 stages before electing to back off with no need to push – Pastrana’s rally was a bit of a shocker for his high standards.

As he put it to DirtFish at the end of the rally: “It couldn’t have gone much worse the first four stages, but we pulled it together.”

The first stage was a short blast around Yoctangee, but Pastrana immediately lost 10s to early leader Ken Block after stalling on the startline.

He responded with the quickest time on SS2 but another stall and a wild off-road moment on the next test, when he briefly got his Subaru beached after going into a hairpin too deep, compounded a tricky start to the event.

“I definitely needed some Yokohama truck tires, I don’t know how we got out [of] the swamp that we went into,” joked Pastrana. 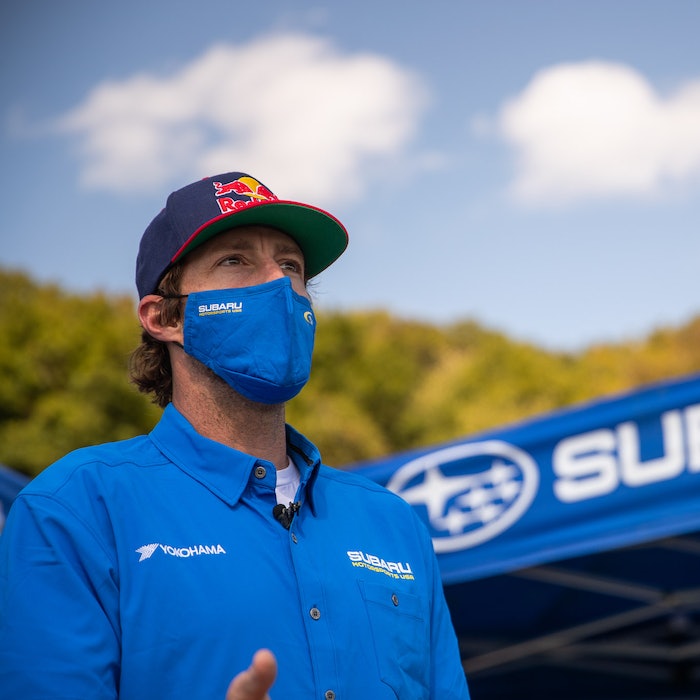 Things didn’t perfectly gel thereafter either. Whether it was issues learning the new upgraded engine and aero package on the WRX STI or just in general not finding a flow that they wanted, Pastrana and Rhianon Gelsomino weren’t quite at their usual gold standard last weekend.

“Rhi and I went into [Saturday] saying, ‘Look we need to make up time, let’s go 10 tenths and see where it puts us’. We don’t take that lightly, we don’t want to crash, but we’re going to drive exactly to the notes and unfortunately I wasn’t as good as I thought I was when I made the notes!

“But we made a lot of improvements with the Subaru, we have a lot that we can improve with the new motor, new downforce, new issues that we had – even one of the issues was the mud.

“So the air goes up, and when the mud used to not go in the windows it comes straight up so we can’t see out the sides. Just the silly, little things, we’ll get bigger mud flaps. We’ll make some improvements, the Subaru’s going to come out flying.”

It would be easy to agree with Pastrana then and say he was “extremely lucky” to travel home from Ohio with a second place finish.

Yet still, after an off-par weekend, Pastrana and Gelsomino actually extended their championship lead from 22 points to 30 (aided by Block’s retirement on the second stage and then Semenuk’s electric connector issue that robbed him of two minutes) to consolidate their status as 2021 title favorites.

As the old adage goes, it’s often on your bad days that titles are won, not your good ones.

This is the “new focus” Gelsomino has talked about bringing to Pastrana’s driving. It can’t be a coincidence that since the Ojibwe Forests Rally last year when the pair first started working together, they are yet to finish off the podium in seven events.

“There’s always places you can improve and get better that’s for sure so after each rally we have a debrief and work out where we can make up more time and places that we need to work harder on,” Gelsomino said before last weekend’s Southern Ohio round.

“So for us, homework has been a big thing. I think at the end of the day you always have to realize that you’re never perfect and you can always become better than what you are.

“I’ve brought a lot of new focus to Travis which he hadn’t had in the car before, and that new focus has given things to work on and things to improve on and it’s really dramatically changed a lot of things in the car for him. Especially this year.

“Last year there were still some mistakes that we were making and sometimes where we could’ve been doing a better job inside the car [but] this year I’ve found that we’ve had a really clean year, lots of work on the notes, lots of work on the recce, videos as well, and those sorts of things are really helping him, even before he gets into the stage to visualize the stage and think about certain junctions and things like that.

“Before, when he didn’t do so much video work and work on his notes, those junctions could be a little bit erratic or he’d go the wrong way – even though it was called right he might go left or something.”

So while Pastrana might believe his SOFR was “wild” and he “doesn’t know how we ended up” second, he does concede three wins and a second is “a great way to start the season”. And he shouldn’t really be so surprised, as clearly the work he and Gelsomino are doing is paying off handsomely.

There’s a new version of Pastrana in 2021, and he’s going to be incredibly hard to take down. 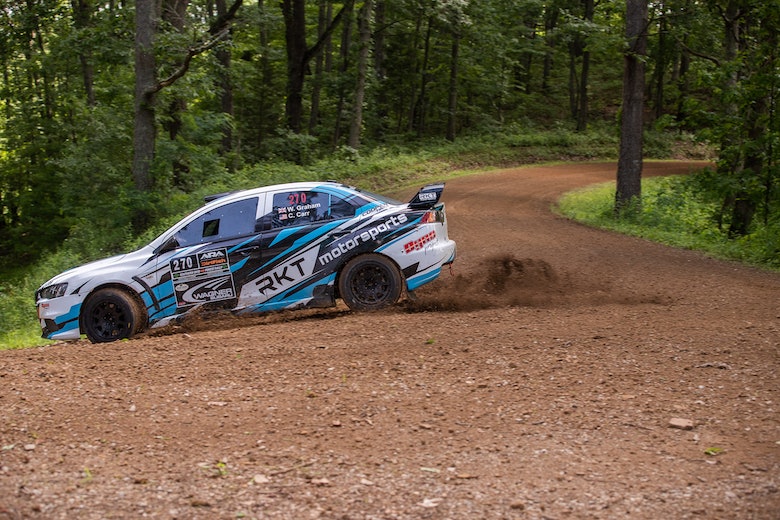 Why the Southern Ohio Forest Rally was so delayed 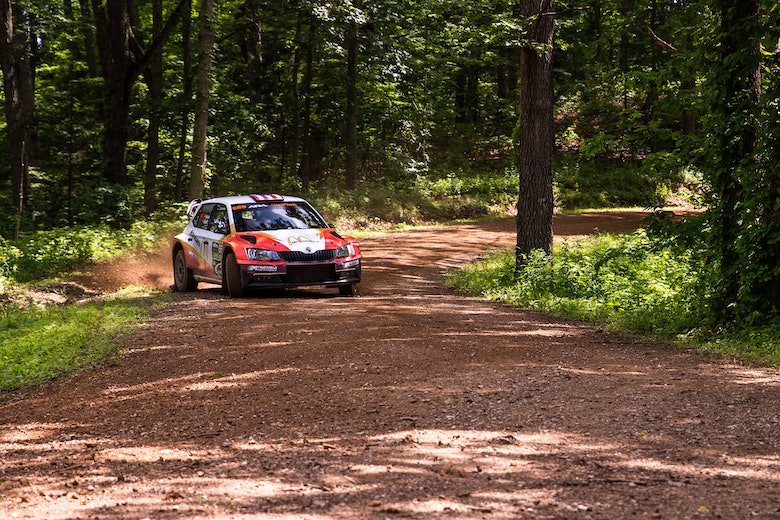