Alexey Lukyanuk has continued to pull ahead at the front of the field, his lead now comfortably over 20 seconds, as problems struck his two main rivals in the ERC title race on the third pass of the Anjos test.

Solberg limped through Anjos down on power, being passed mid-stage by three of his rivals and dropping nearly seven minutes.

The ERC1 Junior category leader was at a loss to explain what had happened.

Breen meanwhile had already suffered a drama one stage earlier on the short Montim test, spinning and stalling midway through the stage. That cost him 13s to Solberg and the Team MRF driver fell from second to fifth.

His rally went from bad to worse on the next stage, as oil dropped by regional rally competitor Filipe Ferreira’s Citroen Saxo on the previous loop caught out Breen in the final section of Anjos. He slid into a stone, ripping the left-rear wheel off his Hyundai i20 R5.

“I don’t know what happened but it was a really slow corner, I could see all the oil on the floor and I just lost the rear suddenly,” said Breen.

“It’s just like in the last two [kilometers] of the stage. I couldn’t do anything, I lost the rear and touched a stone.”

Breen and Solberg weren’t the only drivers caught out by the stage either.

Dominik Dinkel took ninth place away from Miko Marczyk through the previous Montim stage, but on Anjos he made contact with a wall, which damaged a steering arm and dislodged his front-left tyre from its rim.

Despite that drama Dinkel lost only 3.8s to Marczyk and while he dropped behind the reigning Polish Rally Champion, Dinkel remains in the battle for ninth.

Ford Fiesta Rally2 driver Niki Mayr-Melnhof also had an impact on the right-rear of his car and currently fears won’t be able to complete Saturday’s third and final loop due to the damage.

Lukyanuk now has an 32.2s advantage over Iván Ares’s Hyundai, who in turn has only 2.4s in hand over Yoann Bonato, who is not registered for ERC points.

Breen remains classified fourth ahead of Efrén Llarena but is unlikely to complete the final stage at competitive speed given the nature of his accident on Anjos. 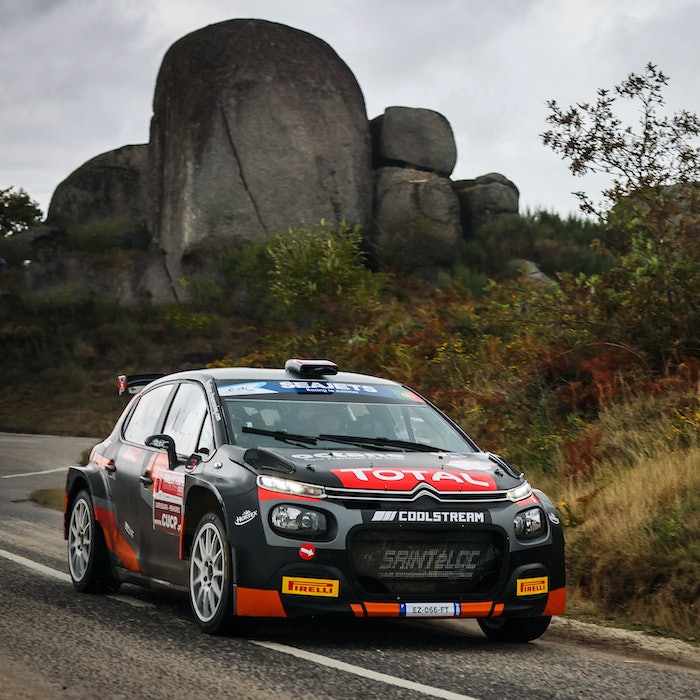