Škoda’s Fabia Rally2 evo machine has been heavily upgraded ahead of the 2021 season, with more engine power, further developed shock absorbers and an increased top speed among the improvements.

The Škoda Fabia has been a serial winner in the Rally2 category since its inception in 2015, winning multiple WRC2 drivers’ and teams’ titles with Esapekka Lappi, Pontus Tidemand, Jan Kopecký and Kalle Rovanperä.

But 2020 was a comparatively lean season for the Czech marque, with WRC2 going to Citroën driver Mads Østberg and WRC3 the way of Hyundai’s Jari Huttunen, although Toksport did win the WRC2 teams’ title with the Fabia. 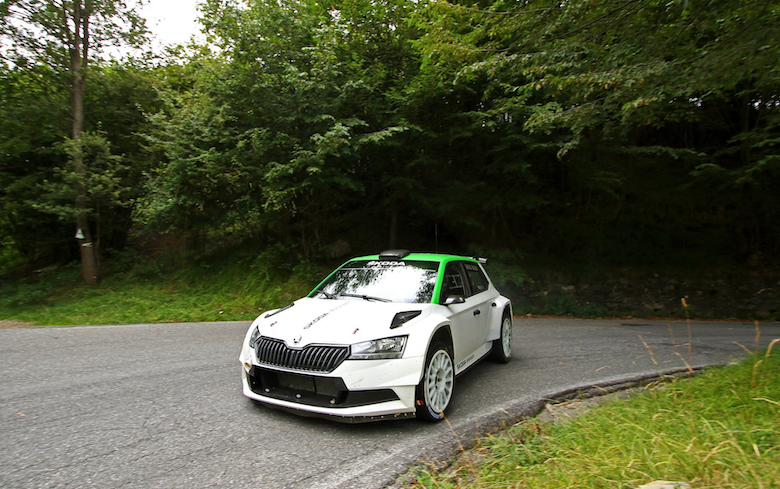 When Meeke tested the Fabia Rally2

Škoda hasn’t been resting on its laurels however, and has released details of its updated Fabia Rally2 evo which will be homologated on January 4, in time for the opening round of the World Rally Championship in Monte Carlo.

Almost every area of the car has been developed and upgraded, with the 1.6-liter engine now producing 286bhp (up from 284bhp) thanks to a redesigned intercooler and exhaust manifold.

Top speed can also be increased from 116mph to 125mph too with a new gear ratio set now available with a longer final drive ideal for faster rallies like Finland, Poland or Estonia.

New dampers have been developed in collaboration with ZF to provide better traction and stability, while Škoda has also placed a large onus on improving reliability meaning the Fabia is now equipped with a stronger rear axle subframe, a special cooling device for brakes (which used to only be available in asphalt trim) a protection plate for the rear differential.

Škoda Motorsport director Michal Hrabánek said: “To date the Škoda Fabia Rally2 evo has celebrated more than 1255 victories in its category, carrying its crews to 2948 podiums.

Tidemand, Kopecký, Oliver Solberg, Andreas Mikkelsen and Emil Lindholm have all developed the new car having driven the Fabia Rally2 evo in competition throughout 2020, while WRC refugee Kris Meeke also offered his expertise in an arranged test in August.

Mikkelsen and Marco Bulacia will be charged with proving the worth of the new upgrades as they start next month’s Rally Monte Carlo driving the machine for Toksport in the WRC2 class up against Hyundai’s i20 R5, M-Sport’s Ford Fiesta Rally2 and Citroën’s C3 Rally2, which has also undergone a significant winter upgrade. Hyundai will introduce the new version of its Rally2 car mid-season.